A new £5 commemorative coin has been in issued in Gibraltar to mark the 20th anniversary of the establishment of the office of the Ombudsman on the Rock.
The coin depicts the outline of the Rock of Gibraltar and ‘20 years’, with an inscription underneath which says Public Services Ombudsman 1999-2019.
This coin was presented by the Ombudsman for Gibraltar, Dilip Tirathdas, to other UK Ombudsmen at a recent Public Services Ombudsman Group meeting held in Manchester last month. 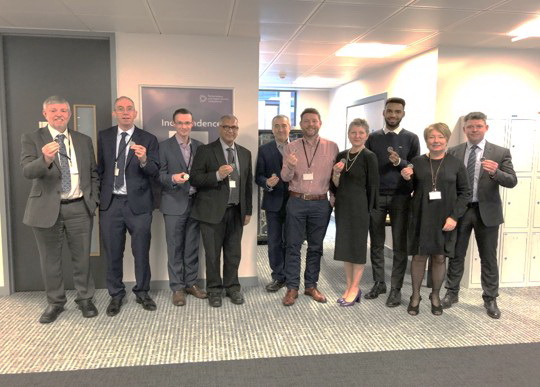 The meeting provides Public Services Ombudsmen with a forum for the exchange of ideas at first hand and an opportunity to discuss areas of common interest.
In addition, the Ombudsman also welcomed Gibraltar Parliament’s review of the Public Services Ombudsman Act 1998 which will now enable the Ombudsman to launch investigations of its own motion.
“The ability of the Ombudsman to investigate issues of maladministration, without having to rely on receiving a written complaint from the public, will certainly contribute to the delivery of administrative justice in Gibraltar,” a statement from the Ombudsman said.