A Covid-19 screening laboratory has been set up at the University of Gibraltar in a joint venture between the two entities, using equipment supplied by the GHA and the University.

The laboratory will exclusively be a Covid-19 screening laboratory combined with a contact tracing bureau that will initially screen frontline workers, but will be rolled out to other sectors in the coming weeks and months. The decision as to who will be swabbed and when is taken by the Public Health Department.

The tests will help identify people who are actively carrying the virus even without symptoms, and are different to antibody tests that will be rolled out at a later stage.

The new laboratory is run by the Covid-19 RT Lamp Team.

This test has been pioneered with the help of local microbiologist Dr Nick Cortes and was brought over from the UK before it is being used there.

“We needed clear and responsive strategic of screening, essentially going out looking for the virus in people that don’t have symptoms,” said Dr Cassaglia.

“That will be the eyes and ears of the Public Health Department to know whether or not the number of cases in the community is increasing.”

“The problem is if you just wait for people to turn up to hospital it might be too late to do something about it, so this is about going out there and actively looking for cases.” 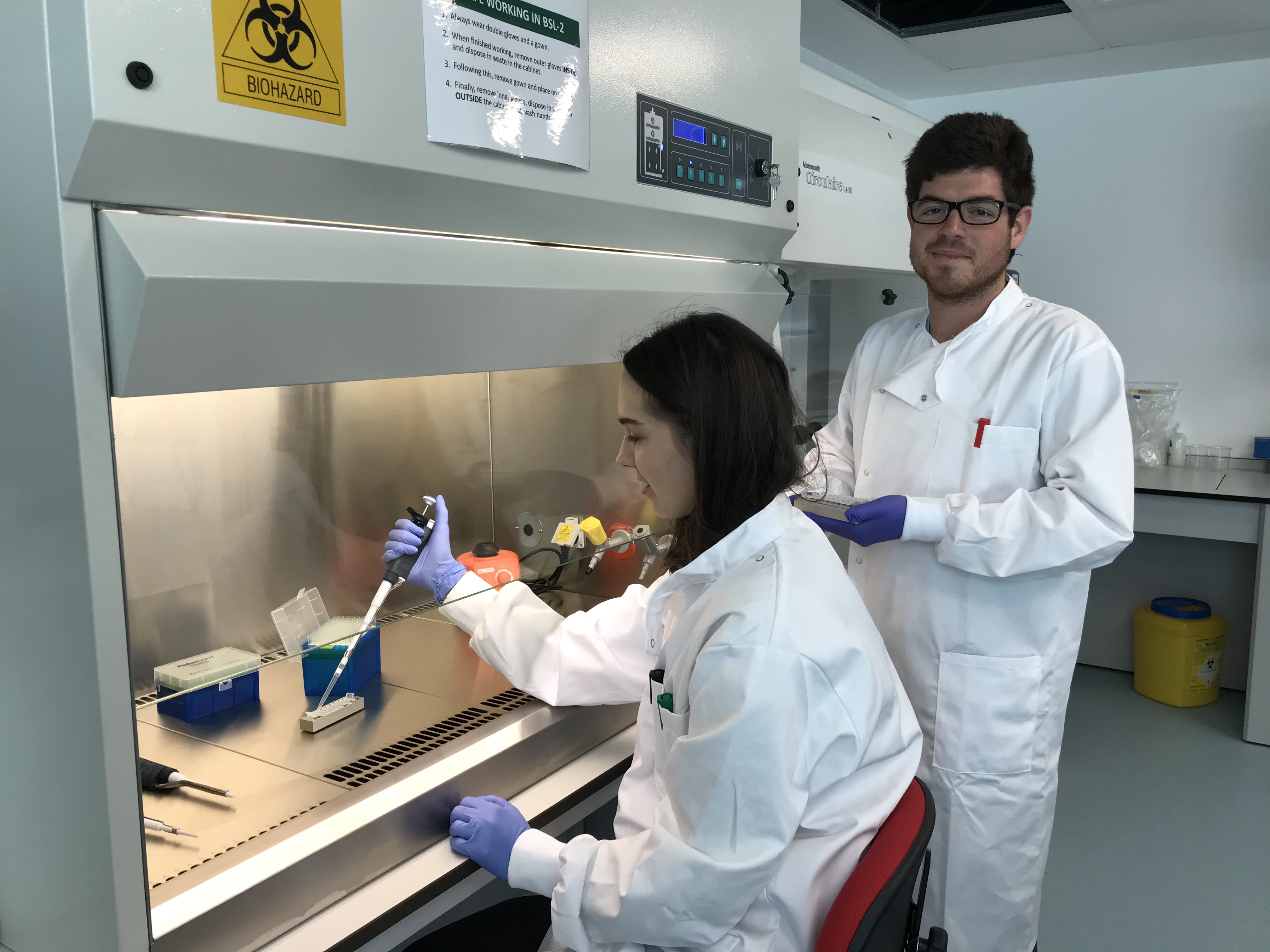 To ensure this method is effective it means that a “reasonable” number of people will need to be tested and the results received quickly afterwards, ideally within hours. They hope to test at least 300 people a day.

If a person tests positive, contact tracing then needs to take place.

This means that if an infected person has spent more than 15 minutes with someone in close proximity of two metres or less, that person will also need to self-isolate for 10 days.

At this end of their period of isolation they will be tested too for the virus.

“We have a process for ramping up the number of tests every day as needed to make sure the process works and we will get more staff in to be able to increase our throughput. But, we need to start with baby steps and we will ramp it up over the next week or two,” said Dr Cassaglia.

He explained that for the laboratory to work efficiently it needs a flow of swabs to arrive throughout the day rather than a full batch of 300 at 9am. The team has worked out that the best batch size is approximately 60 swabs.

“If we feed them in every two hours, we can then get results to people every four hours after processing the swab,” said Dr Cassaglia.

“So people can expect a call within four to six hours. We have a big team at the contact tracing service who are ready and prepared to ring people to let them know their results.”

The Director of Public Health, Dr Sohail Bhatti, pledged that the team will in due course scan the entire population and keep on scanning as vigorously as it can.

“They are not antibody tests because we have not managed to acquire enough to be able to do that yet, although they are on order,” said Dr Bhatti.

“But these are tests of viral RNA [Ribonucleic acid], this is a virus that has RNA not DNA in it.”

“RNA is a form of genetic material that the virus uses to propagate itself by infecting cells by taking over those cells and growing, using the cell basically as a production machine to generate more copies of itself.”

These tests look for the RNA of the virus, which in effect tests whether a person has the virus and therefore might be infectious.

It will help identify carriers who are displaying no symptoms, one of the biggest challenges for public health officials working to stem the spread of infection. 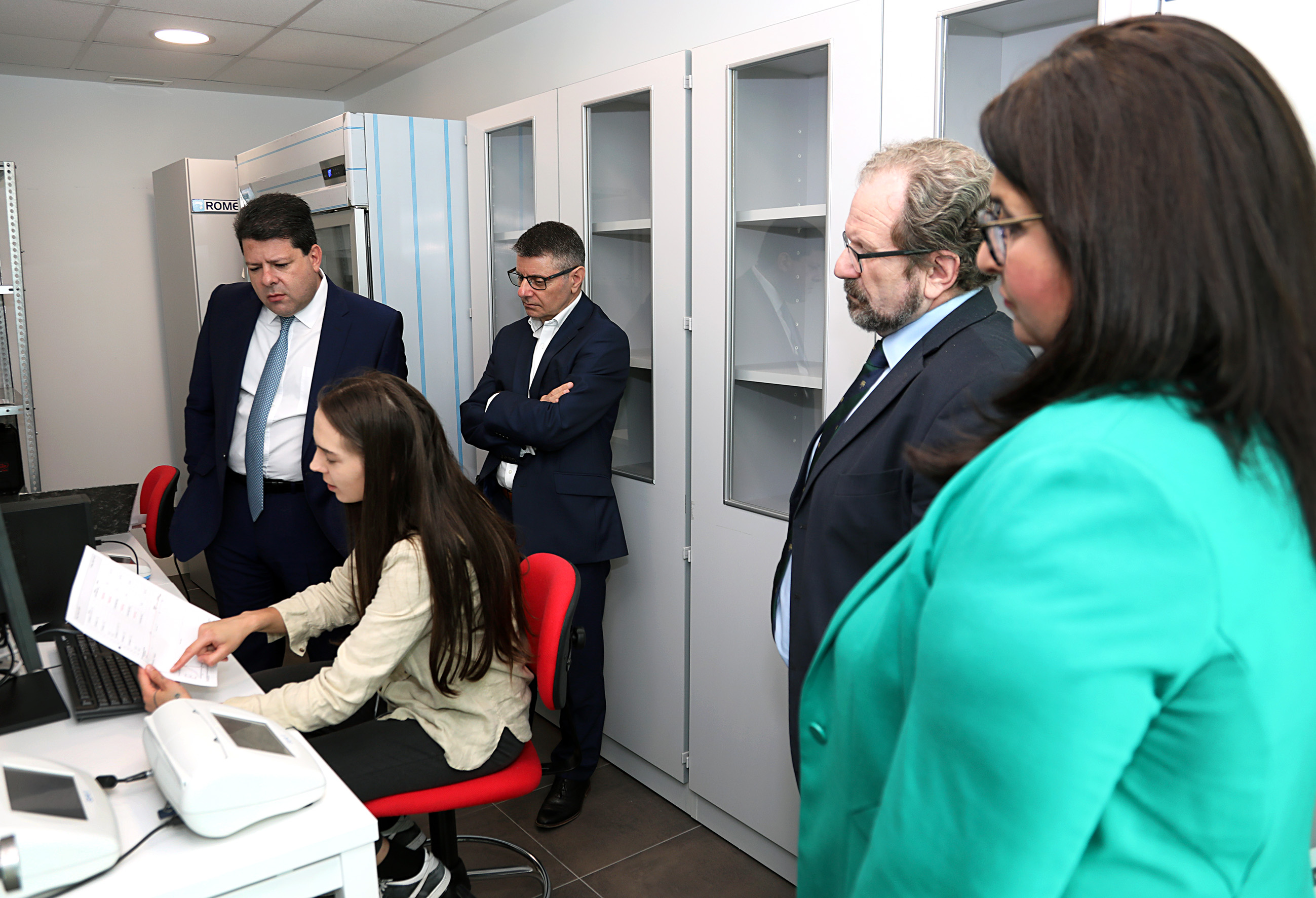 The laboratory will analyse swabs taken at the drive through facility.

The people tested will be largely asymptomatic or pre-symptomatic as the virus can be secreted two days before a person develops symptoms.

“The purpose behind this and using this assay is to identify people who are very infectious and seal them off from the rest of Gibraltar,” said Dr Bhatti.

“In other words we tell you ‘you have got the virus’, you go home and we then find out who your contacts are.”

“For that we need our contact tracing bureau who will go through all the positives and will ask them who have they have seen in the last 48 hours.”

The initial contact will be other members of the infected persons household and then this will expand to work colleagues or other persons.

“Chances are for everyone that is infected you might find one, two, three other people. So we would also have to contact people who were on the same shift,” said Dr Bhatti.

“There are going to be some consequences, which is why we are warning some frontline worker bosses that this might be quite problematic for some services so they need to plan for that sort of thing.”

“So in effect being physically distanced from people becomes a more important duty for frontline workers,” he added.

The GHA diagnostic laboratory will remain at St Bernard’s where swabs for persons with Covid-19 symptoms will be tested as well as other daily usual tests carried out in a hospital.