Officers from the RGP’s Dog Section were celebrating on Tuesday after officially receiving their latest four-legged recruit Stitch, donated by Ana Bonfiglio.

Stich is a six-month-old Springer Spaniel and will soon start an intensive eight week course to become a Drugs Detection Dog. 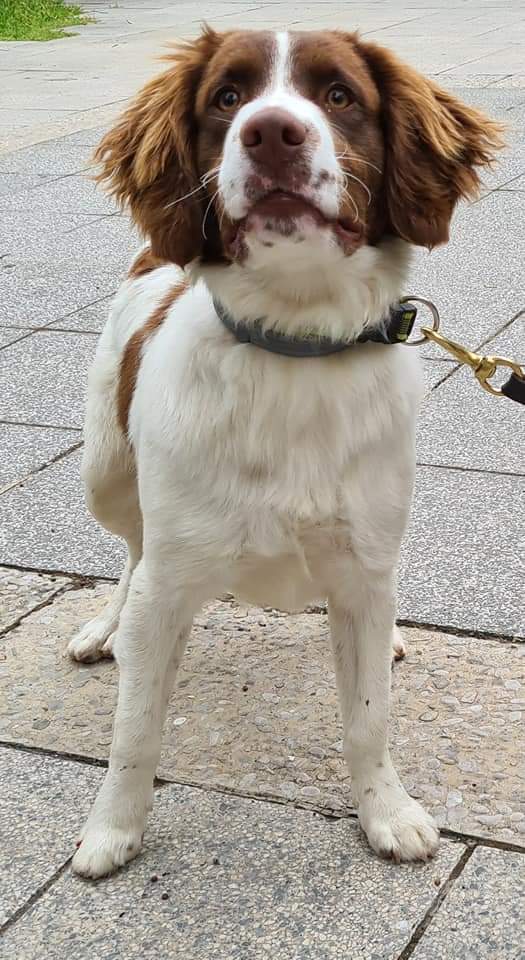 Ana, a qualified dog handler, came across Stitch last month and decided to find him a new home.

She said: “I did not have any space for him and it seemed a pity to waste his talents. So I got in contact with Janssen Olivero.”

After a number of trials Stitch was then donated to the RGP where he has settled in well. 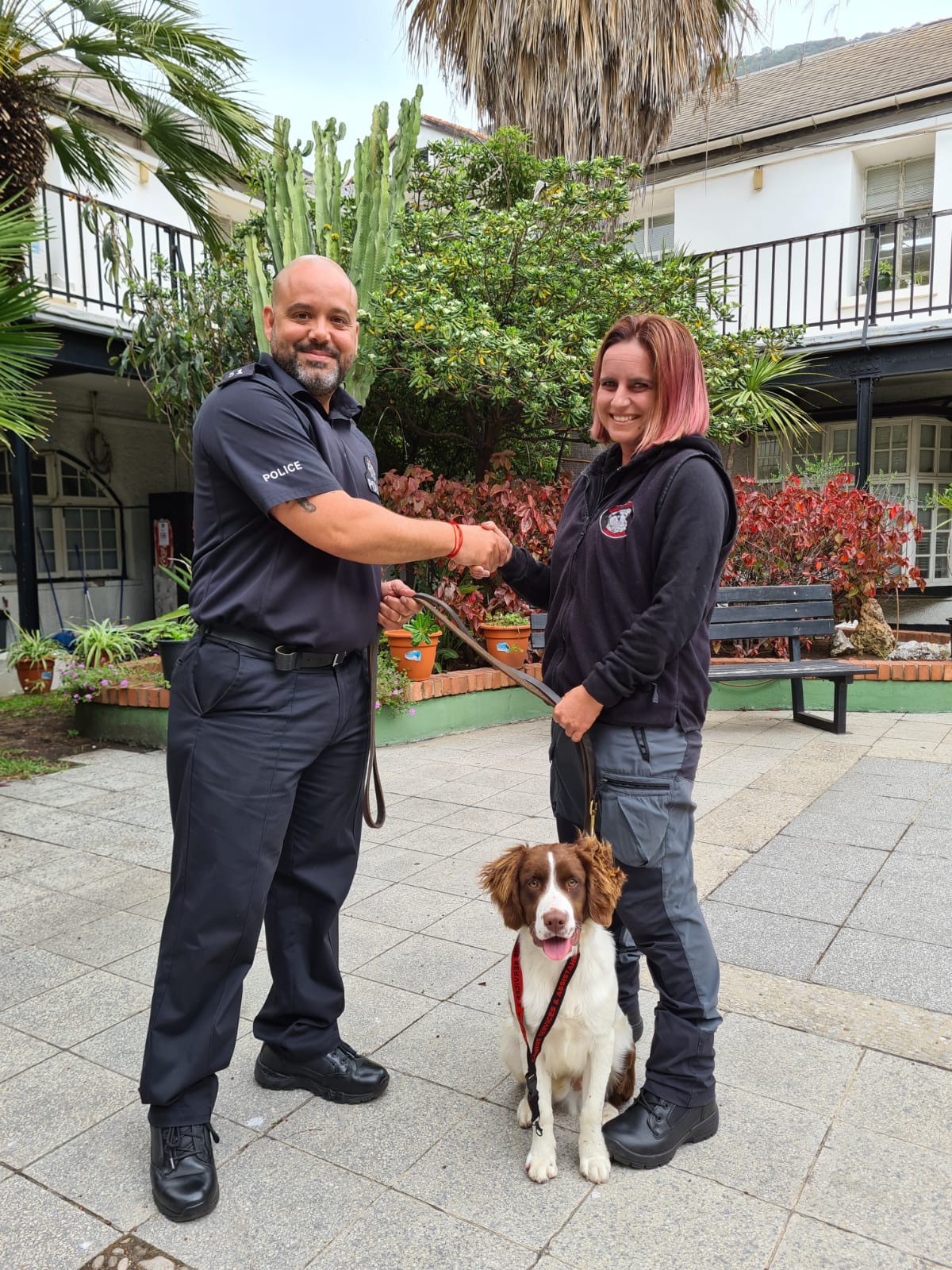 PC 51 Janssen Olivero, who has worked in the RGP Dog Section for eight years, said: “It was an extremely kind gesture from Mrs Bonfiglio and we are very thankful for donating Stitch.”

“It will help us with one of our main priorities, tackling drugs and assisting officers in stopping the supply of controlled drugs.”