The bell from a US warship believed to have been the first casualty of the D-Day operation is to be returned to America after it was handed in to the UK Coastguard by a mystery person.

The USS Osprey was lost on June 5 1944 when it hit a mine south of the Isle of Wight, causing it to sink with the loss of six men.

The existence of the ship's bell was brought to the attention of the US authorities after a photograph of it was posted online.

The UK Maritime and Coastguard Agency (MCA) was notified and it began making inquiries, which led to the bell being handed in anonymously three weeks ago.

Heloise Warner, the acting Receiver of Wreck, said: "The US contacted us because they noticed a picture of the bell had been posted online.

"It wasn't known until then that it was missing; we were not aware that the bell had actually been recovered.

"We then opened an investigation and we started talking to our contacts around the country, requesting this bell was handed over, and, lo and behold, it appeared on a doorstep in cardboard box shortly afterwards. 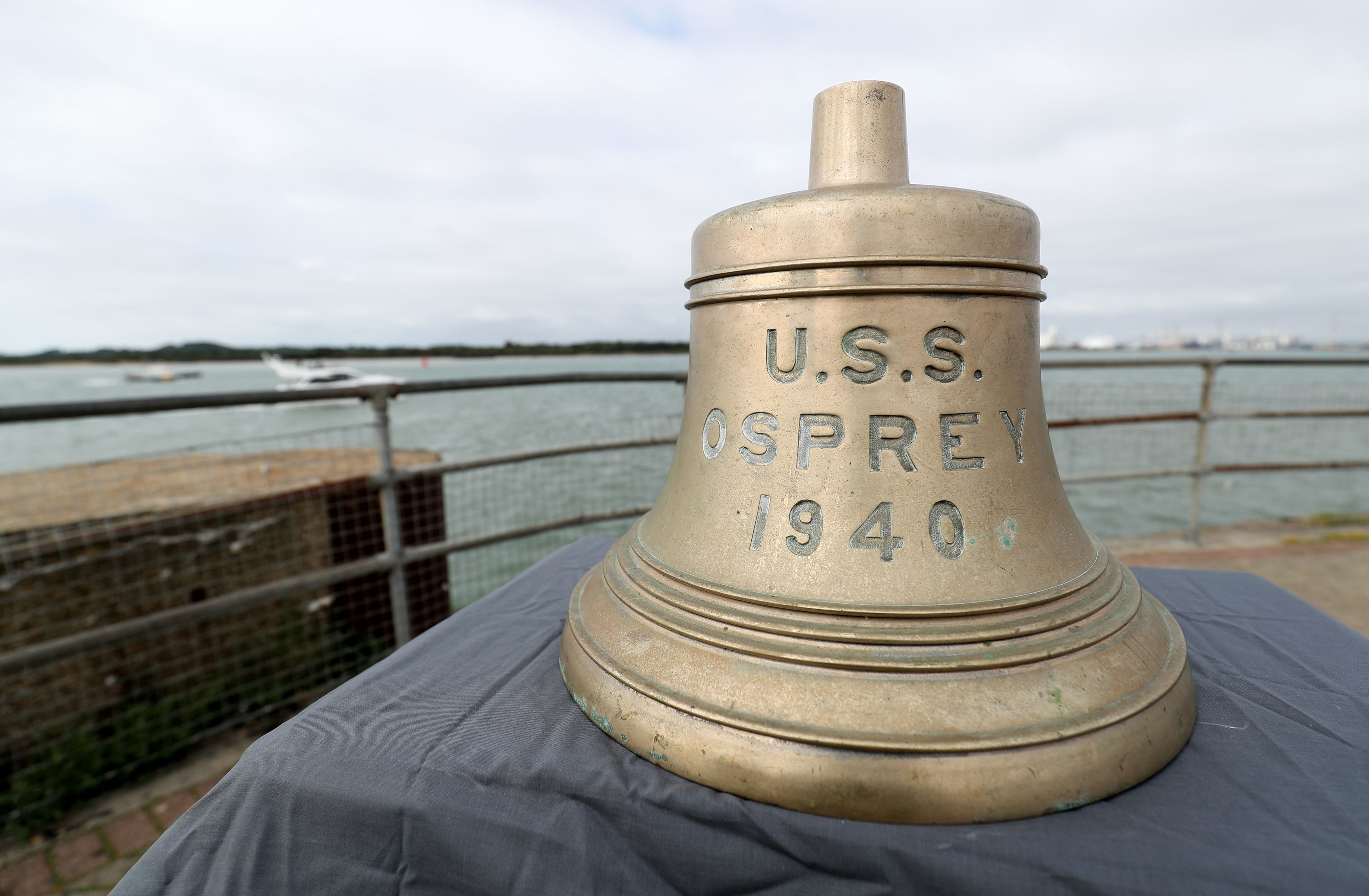 She added: "We need to remember that, whilst this bell is an important artefact and historically significant in terms of Operation Overlord, it also represents the tragedy of loss. It will be a symbolic moment when the bell is returned to US soil."

The USS Osprey was a Raven-class minesweeper of the United States Navy, commissioned on December 16 1940.

She saw service in North Africa as part of Operation Torch, the Anglo-American invasion of French North Africa (November 1942).

An MCA spokeswoman said: "On 3 April 1944, she travelled to England to be part of Operation Overlord, successfully taking part in sweeping operations off the south-west coast.

"She is thought to have been the first casualty of D-Day operations when she hit a mine, which blew a large hole in the engine room.

"A fire broke out and, just 45 minutes later, the ship had to be abandoned."

The spokeswoman added: "There are thousands of wrecked vessels and aircraft around the UK coast and many are protected sites. Any recovered wreck material must be reported to the Receiver of Wreck."

She said no prosecution is expected in relation to the bell because the identity of the person who handed it in is unknown.