Wing Commander Doherty was extremely delighted with the cadets’ performance and involvement in the Freedom of the City parade which took place last month. 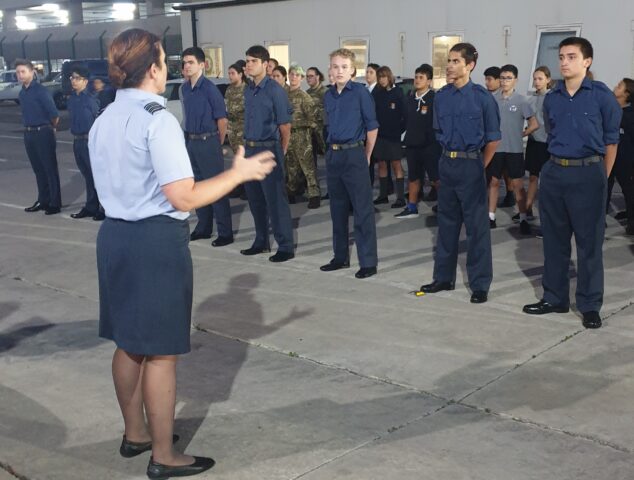 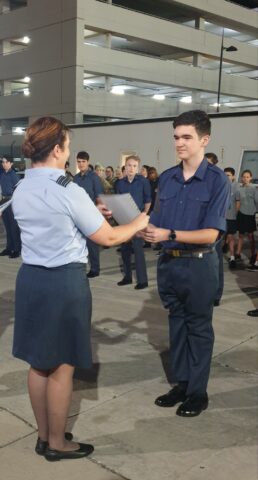 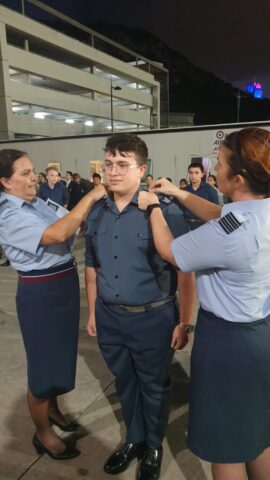 “The Freedom of the City Parade was a great honour for The Royal Air Force and this fact wasn’t lost on the cadets who took part. “Each and every cadet who took part went the extra mile to ensure that they were ready for the parade, putting in many extra hours to perfect their drill and uniform,” said Flight Lieutenant Ivan Caward

“As a reminder of the day and to acknowledge their participation it was deemed fit to present them with a certificate.”

“It’s wonderful to see the squadron doing so well. The cadets performed impeccably during the parade. It’s always a great pleasure to be asked to promote someone, whether it be a cadet or serving member of the Air Force”, added Wing Commander Doherty.