Police are investigating reports of criminal damage after extensive graffiti was sprayed on the walls of No. 6 Convent Place, the King’s Chapel and the Waterport entrance to Varyl Begg Estate yesterday evening.

A 49-year old man was subsequently arrested and remains in police custody.

Statements such as “Picardo we wont jobs” and “Look after your own first” appeared in orange and black spray paint around the walls of No. 6 and “100s out of work we want jobs” was sprayed under the stained glass windows outside the King’s Chapel.

The investigation is ongoing. 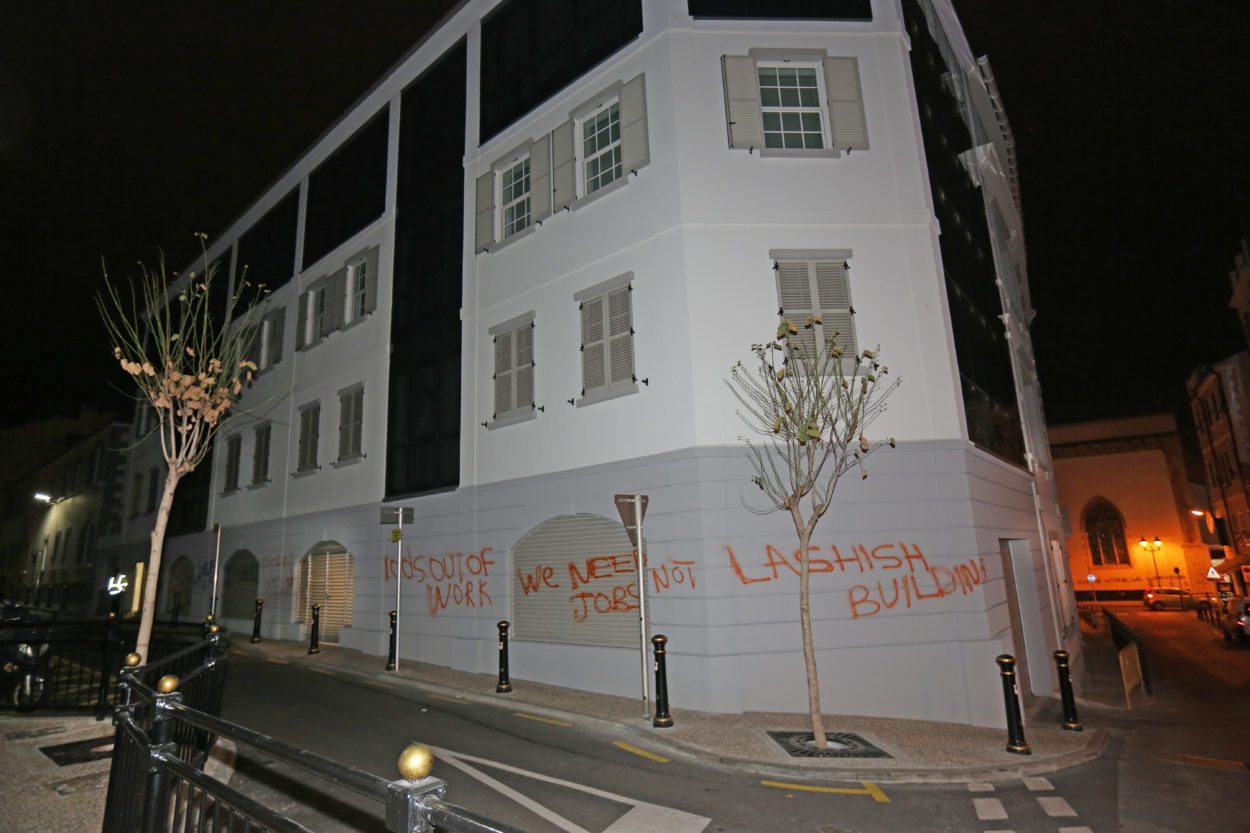 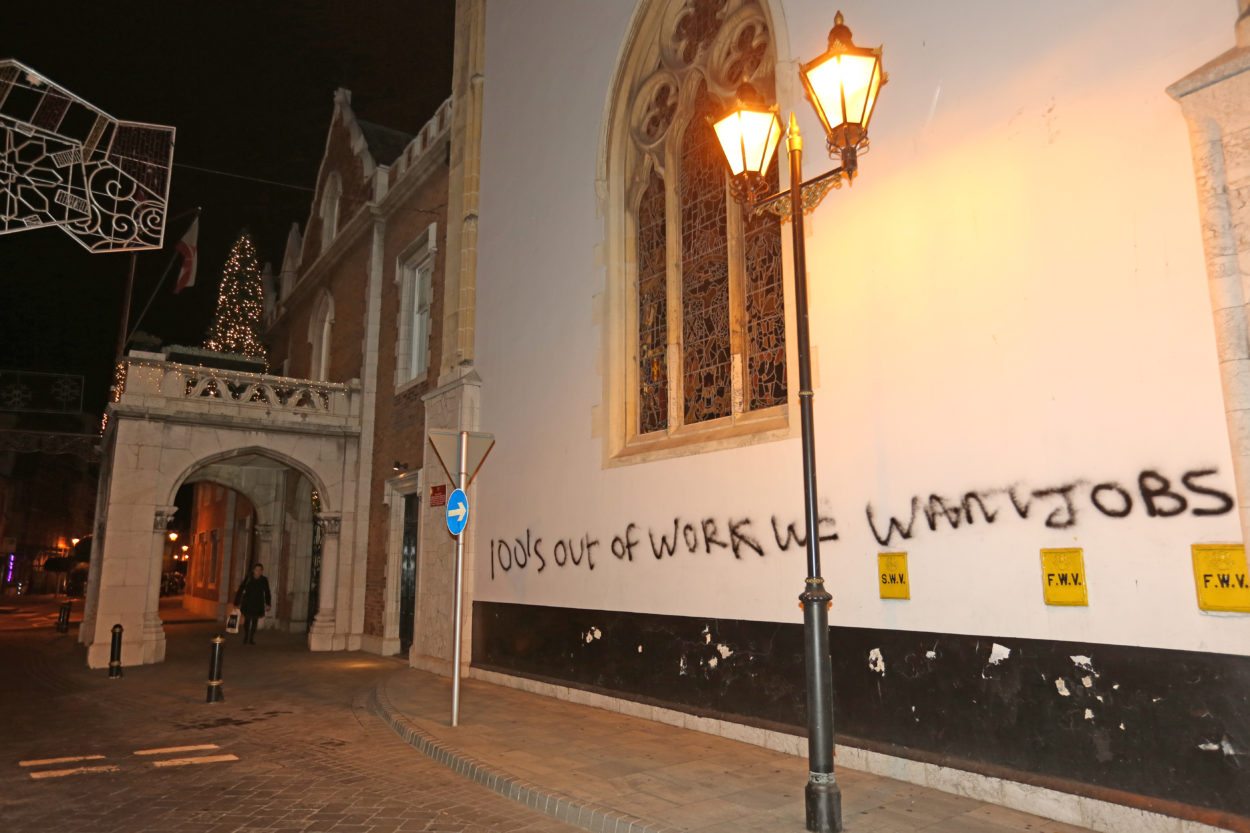 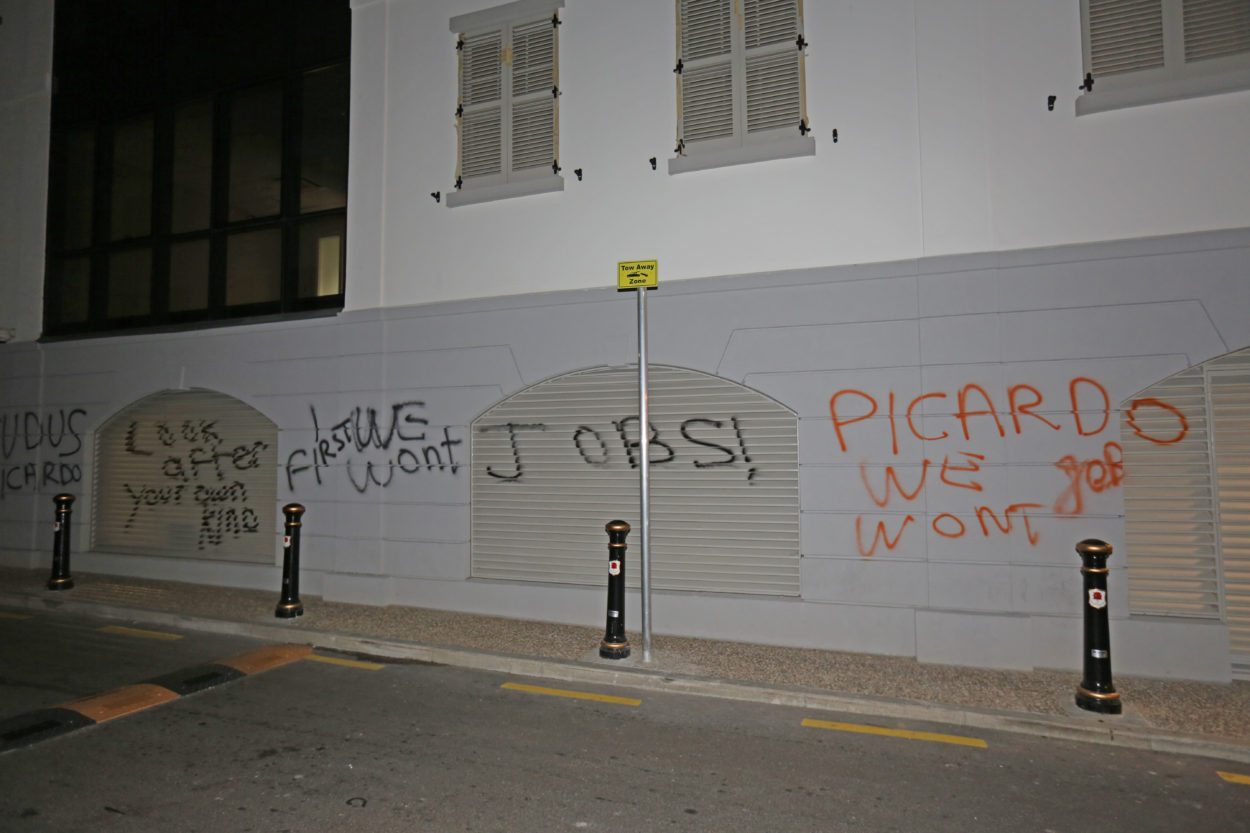 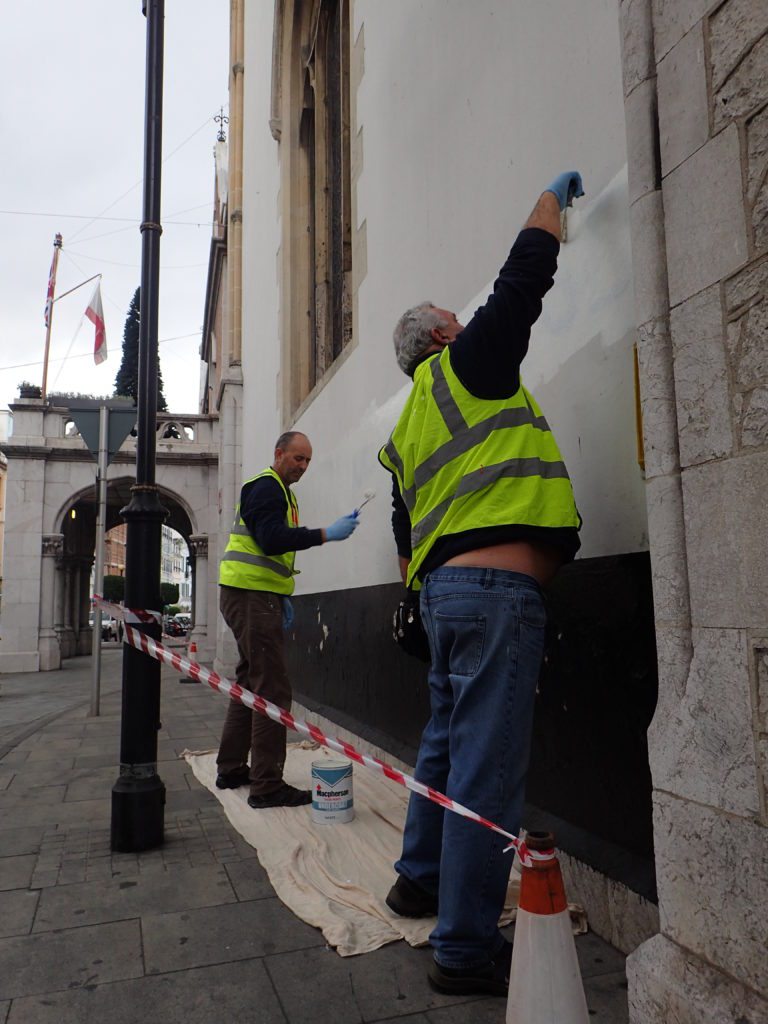 The graffiti was painted over this morning. 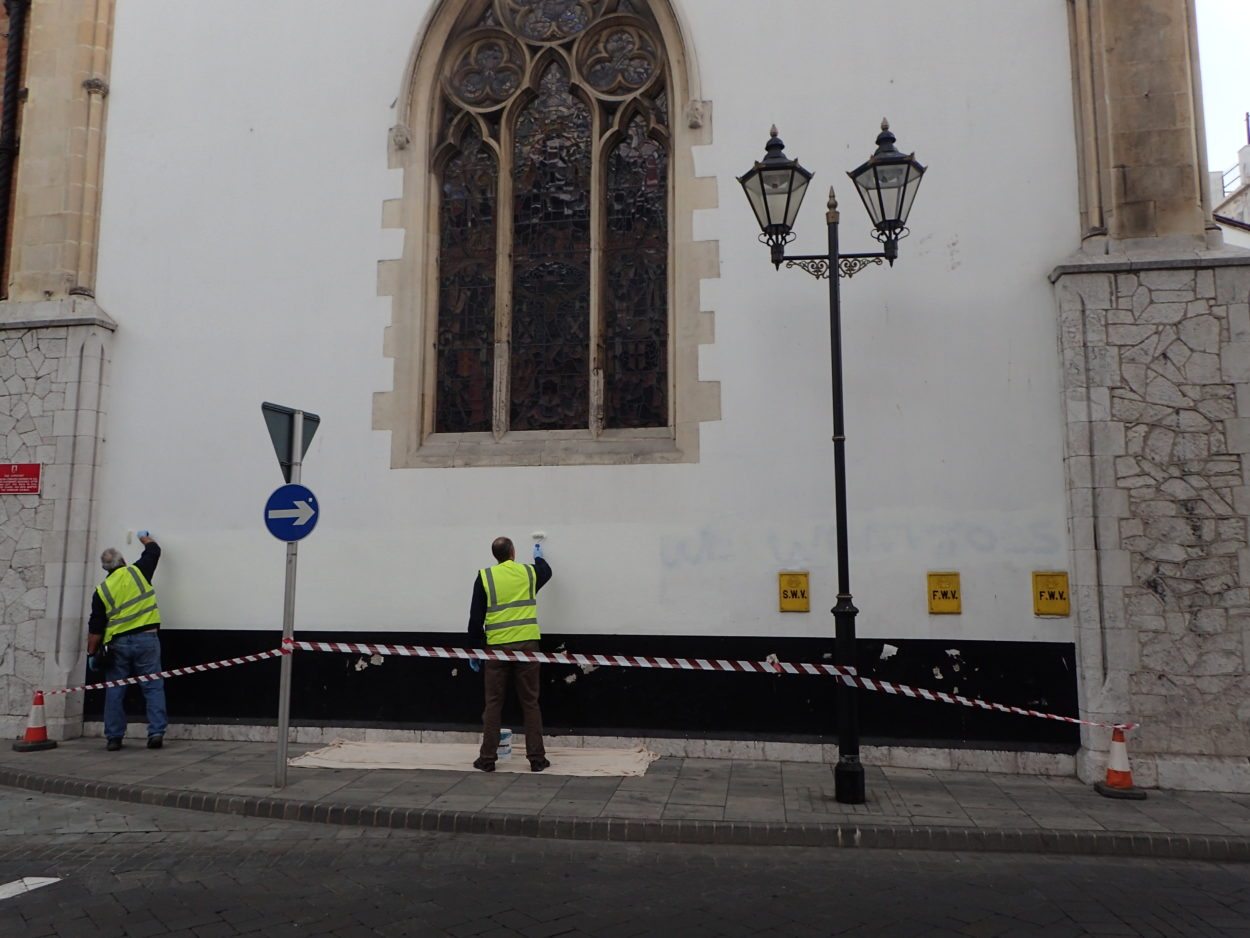 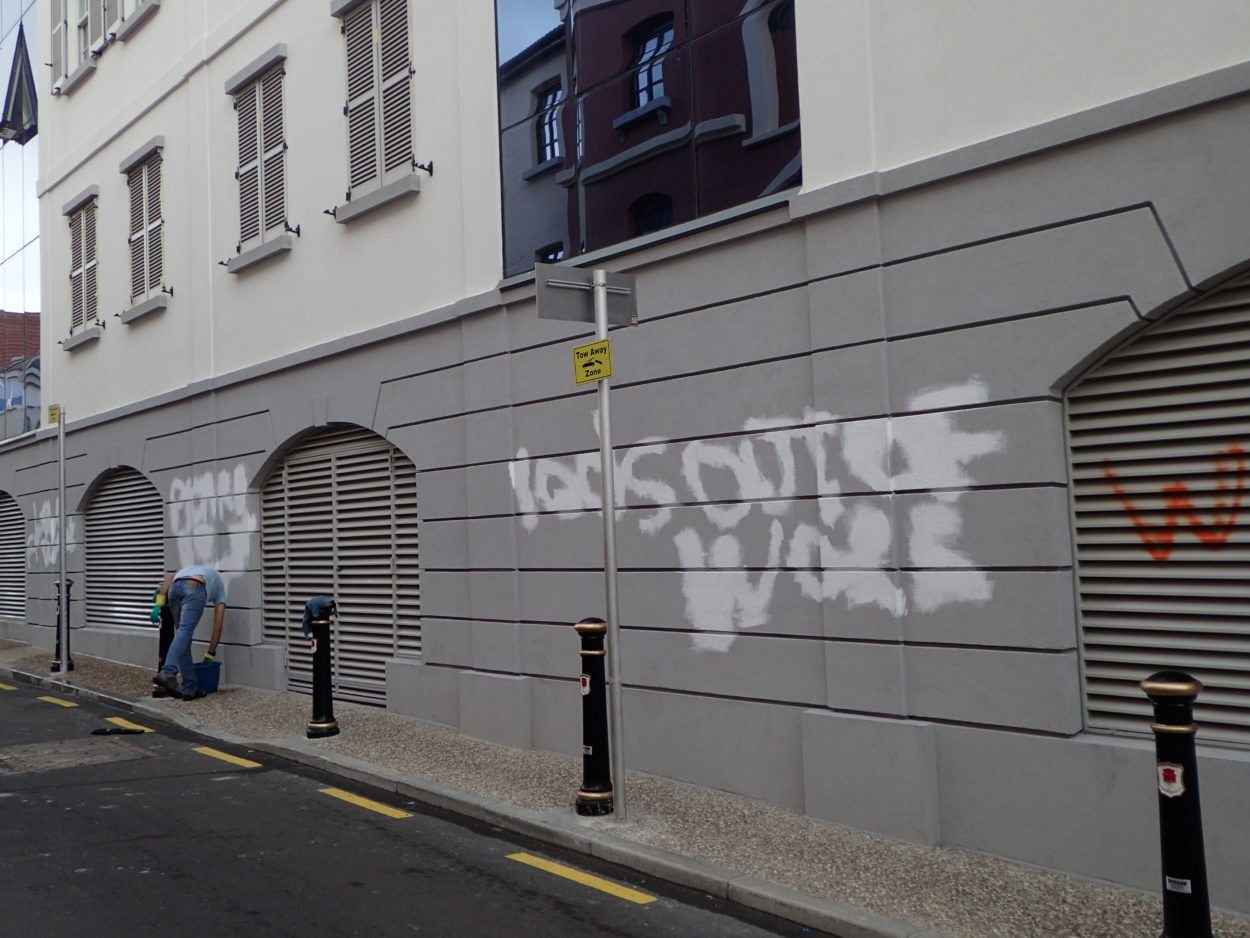 Workers paint over the graffiti at No 6 Convent Place