There were no further covid-19 restrictions announced on Thursday by the Gibraltar Government, which nonetheless warned the highly contagious Omicron variant was now “very likely” the dominant strain on the Rock and cases would rise.

The decision is underpinned by scientific data that shows that while the variant is 70% more transmissible than the Delta strain that has dominated to date, its adverse impact on health appears to be far less, especially for people who are vaccinated.

That means that despite there being 488 active cases on the Rock on Thursday, including 114 Omicron infections, the number of hospitalisations is low, with just one person in the Covid-19 ward in St Bernard’s Hospital and another in the intensive care unit. A third person, a baby, was admitted for another condition and later tested positive for Covid-19.

The hope is that even if cases rise, Gibraltar’s healthcare services will not be overwhelmed.

The decision was announced by the Chief Minister, Fabian Picardo, who said it would be kept under constant review with particular focus on the number of infections, hospitalisations and deaths.

Mr Picardo stressed the government’s message on vaccination, urging people to take up the offer of the booster jab as the best means of individual and community protection.

The Chief Minister confirmed too that the government was actively looking at additional measures including the introduction of vaccine passports as a condition of entry to leisure and hospitality venues, as is happening in many other countries including Spain.

But the headline news on Thursday was that, for now at least, restrictions will remain as they are.

Gibraltar, the Chief Minister said, had for months maintained a cautious stance, including requiring mask use in public indoor spaces and ensuring constant, wide testing.

“Today I am relieved to be able to tell you that I am announcing no further restrictions at all,” Mr Picardo said during a press conference in No.6 Convent Place.

“Because we must neither fail to act nor overreact.”

“We understand the impact that our decisions can have on other elements of life in Gibraltar.”

“We understand the potential negative impacts of measures we might take to mitigate risks stemming from the pandemic.”

“We understand that our decisions have an effect on our ability to get on with our lives and to get on with the diagnosis and treatment of other life-threatening conditions.”

“But to keep it that way in the face of the Omicron variant, we do need to see continued and full take-up of our booster vaccines.”

Mr Picardo described how two of the patients currently in hospital were men in their 70s, one jabbed, the other unvaccinated by choice. The former was on the Covid-19 ward, the latter was intubated in the ICU.

Had he been jabbed, Mr Picardo said, he would “very, very, very likely” have avoided the need for intubation.

“That would have saved our health professionals a huge amount of stress, time and expense on his care,” he said.

Mr Picardo said the decision not to get jabbed carried “consequences”.

He urged people with concerns about vaccination to discuss these with their doctor. 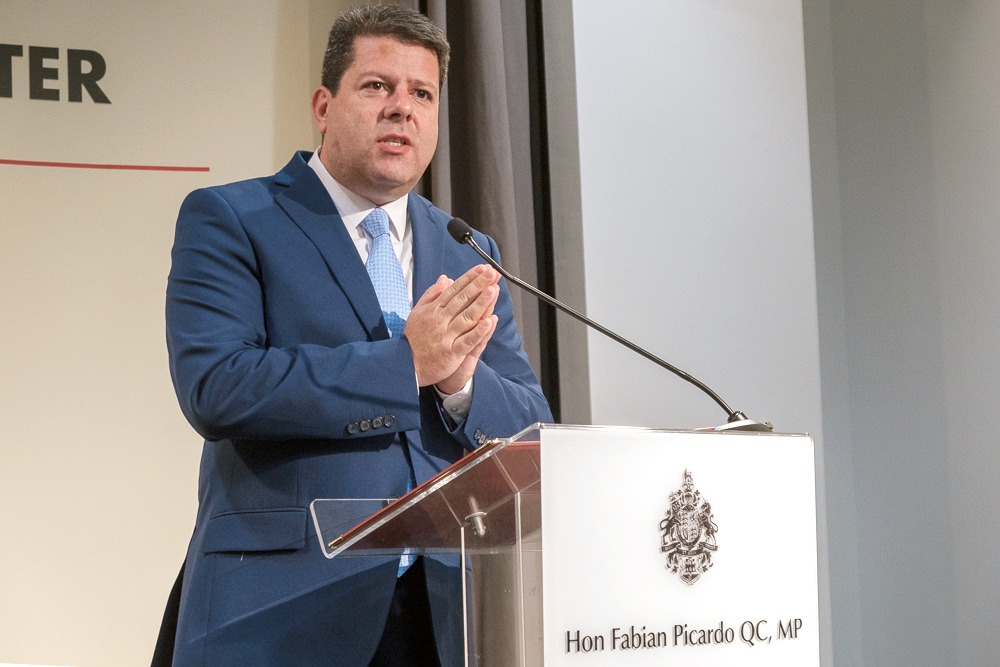 And in a move that will undoubtedly prove controversial, he signalled that the Gibraltar Government was already exploring the possibility of introducing vaccine passports for public venues.

Much will depend on how the pandemic plays out and its impact on healthcare services through the winter period.

But the idea would be to restrict access to vaccinated people or those who were able to show proof of a timely negative test.

“They may have to be implemented in Gibraltar,” Mr Picardo said, adding that depending on how the pandemic unfolds, the choice may be between vaccine passports and shutting down catering and leisure establishments altogether.

The idea would be to have “a bubble of the vaccinated” in the hope of stemming the spread of infection.

“I’m not telling you we’re going to do it, but it would be remiss of us not to be looking at these things which are already in place in other countries in the European Union.”

Mr Picardo acknowledged too the concerns expressed by business associations about the impact of the pandemic on trade, adding he would meet with them in the new year to discuss what can be done to assist.

Repeatedly throughout the press conference, he said Gibraltarians had been fortunate to have had the support of the UK for the Rock’s vaccination programme.

Time and again, he urged people to get jabbed.

“As we steer Gibraltar through what we hope, but cannot guarantee, will be a muted wave of hospitalisations, we are each making choices for ourselves that have consequences for ourselves and each of our fellow Gibraltarians,” Mr Picardo said.

“Because choices have consequences. Freedom of choice does not equal freedom from consequence.”

“In the vaccine, and in the help we have had from the United Kingdom Government in 2021, we are fortunate enough to have the choice that can keep us safe.”

“We have the one weapon that works better than anything against Covid.”

“We have a way out of this pandemic which thousands of you have taken as part of the communitywide effort to get us out of this.” 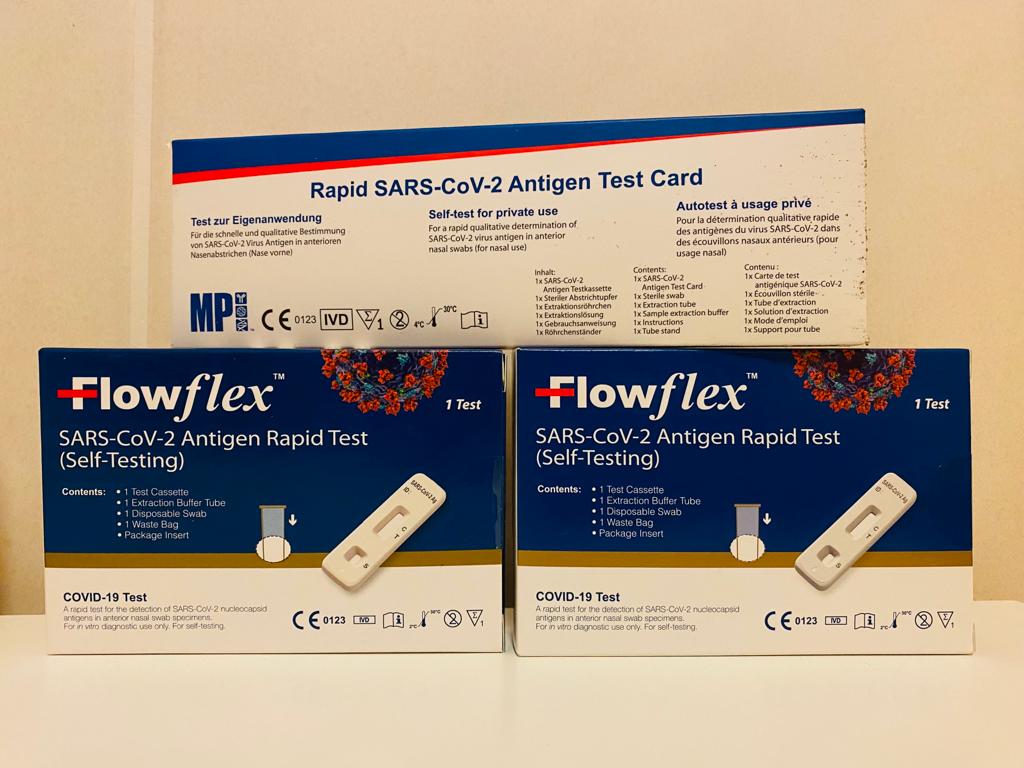 The Gibraltar Government is working to put in place the necessary infrastructure to make lateral flow tests available in Gibraltar.

The tests are readily available in other countries – they are free on the NHS in the UK, for example – but cannot be purchased in Gibraltar.

That restriction has been in place since the outset of the pandemic and is geared to ensuring that all Covid-related medical purchases are channelled through the government to ensure quality control.

“We’re looking at how to make those tests available in Gibraltar in a way that is safe,” he said.

“There are many tests out there that are dodgy, let me put it that way, and we don’t want to open the floodgates to people having lateral flow tests in good faith which are giving them the wrong result and therefore creating a false sense of security.”

Mr Picardo said it had not been possible to put in the necessary infrastructure to check any imports of tests because the focus had been on the booster rollout.

He said he expected the government to make an announcement on these tests “as we go into the winter”. 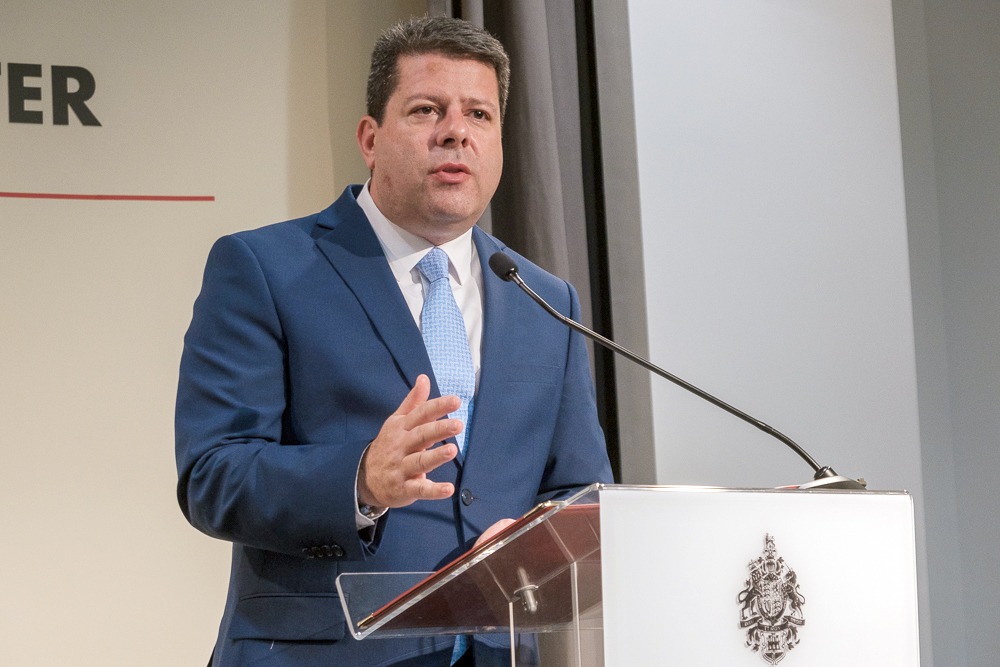 The Chief Minister said the government was working to expedite the EU’s approval of the GHA’s covid Digital Pass.

The app was designed with NHSx and works in the UK but, despite being compatible with the EU system, has not been approved to date.

The issue is important because an increasing number of countries are introducing requirements to have Covid passports as a condition of access to public venues.

“However, we were removed from the EU Digital COVID Pass network by the UK when it became apparent that the EU had not been informed that Gibraltar was included with the United Kingdom’s NHSx COVID Pass.”

“As I have previously said, I have raised this with the Foreign Secretary and we are seeking to expedite administrative approval with the European Commission at the earliest opportunity.”

“In the interim, the GHA’s Covid Pass has been modified to enable users to download the PDF Certificate, if they wish to print them out, or request a Certificate on the official GHA/HMGOG letterhead which will be emailed to you.”