After 33 years without a breakthrough in the case of the missing sailor Simon Parkes, new “credible” evidence yesterday brought detectives and specialist forensic officers to a raised tomb in the northwest corner of Trafalgar Cemetery.

There, in the morning drizzle under a dark, threatening sky, they measured the plot and erected a blue tent to shield their work from the gaze of curious passers-by and the media.

This was the first stage in what could be a week-long search for the body of Simon Parkes, an 18-year old sailor who disappeared in 1986 after a night out on Main Street.

The targeted search began yesterday and the area around the cemetery was cordoned off to the public, with the bus stop closed and used to house equipment and a mobile command unit.

As they worked in the rain, detectives vowed to leave “no stone unturned, literally” in their search for the young sailor.

Although they are keeping all options open, they believe Simon could have been murdered and that his remains lie somewhere inside Trafalgar Cemetery. 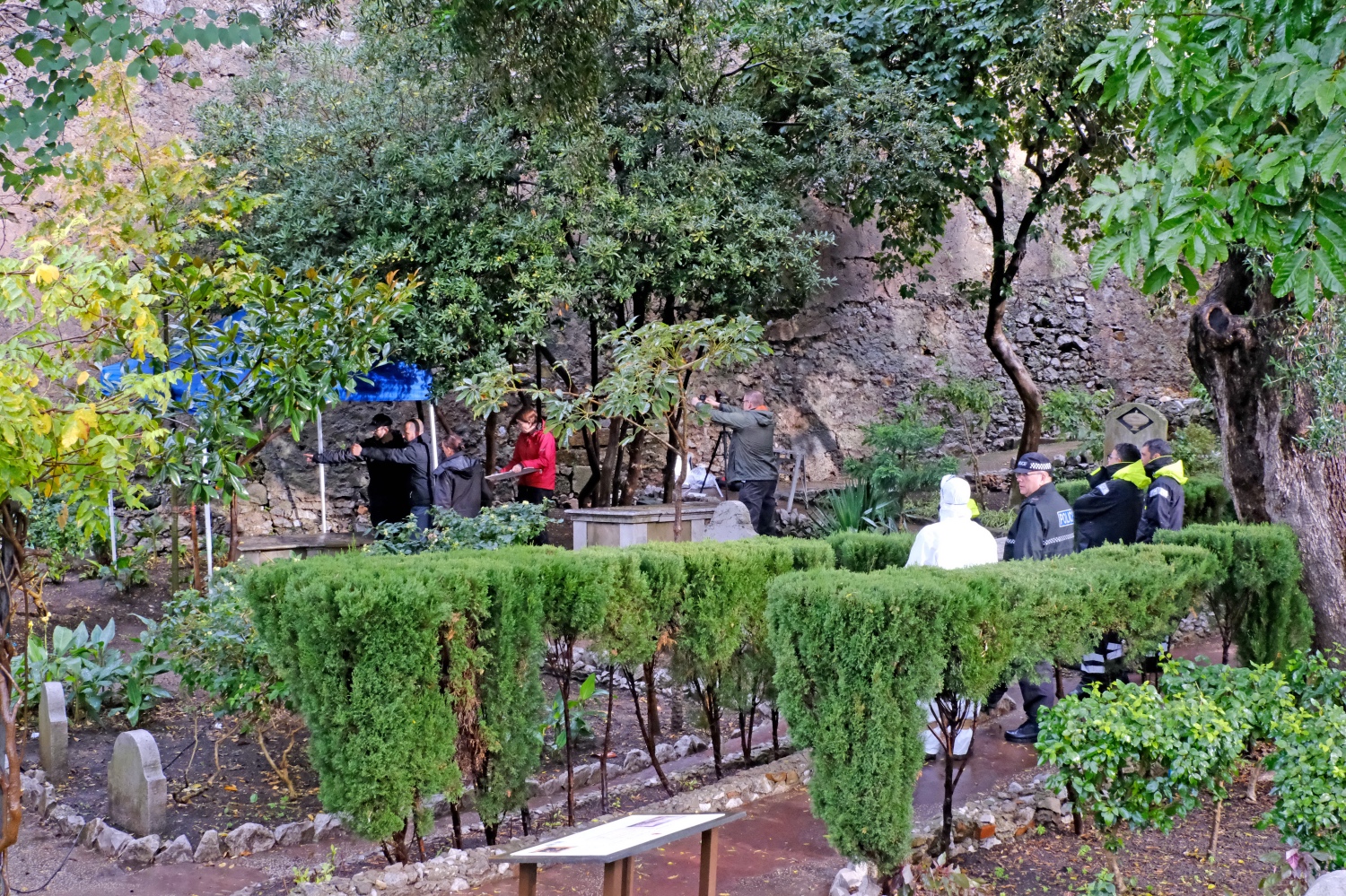 Despite previous searches in different parts of Gibraltar over the years - and also in Trafalgar Cemetery - no trace of Simon has ever been found.

But with this new information, detectives from Hampshire Constabulary are working together with the Royal Gibraltar Police in a renewed effort that has brought the investigation “further forward than it had been previously”.

“It is information that wasn’t known to the enquiry teams back then,” Detective Inspector Roger Wood from the Hampshire Constabulary said, although he could not offer any further details publicly for operational reasons.

The witness served onboard HMS Illustrious alongside Simon and the new information was assessed by a team at Hampshire Constabulary and deemed to be credible.

And although what happened to Simon is not known, detectives have not ruled out foul play. Quite the reverse, in fact.

“There are a number of hypothesis and it is our responsibility to keep an open mind, but the strongest hypothesis at this moment in time is that he was murdered,” DI Wood said. 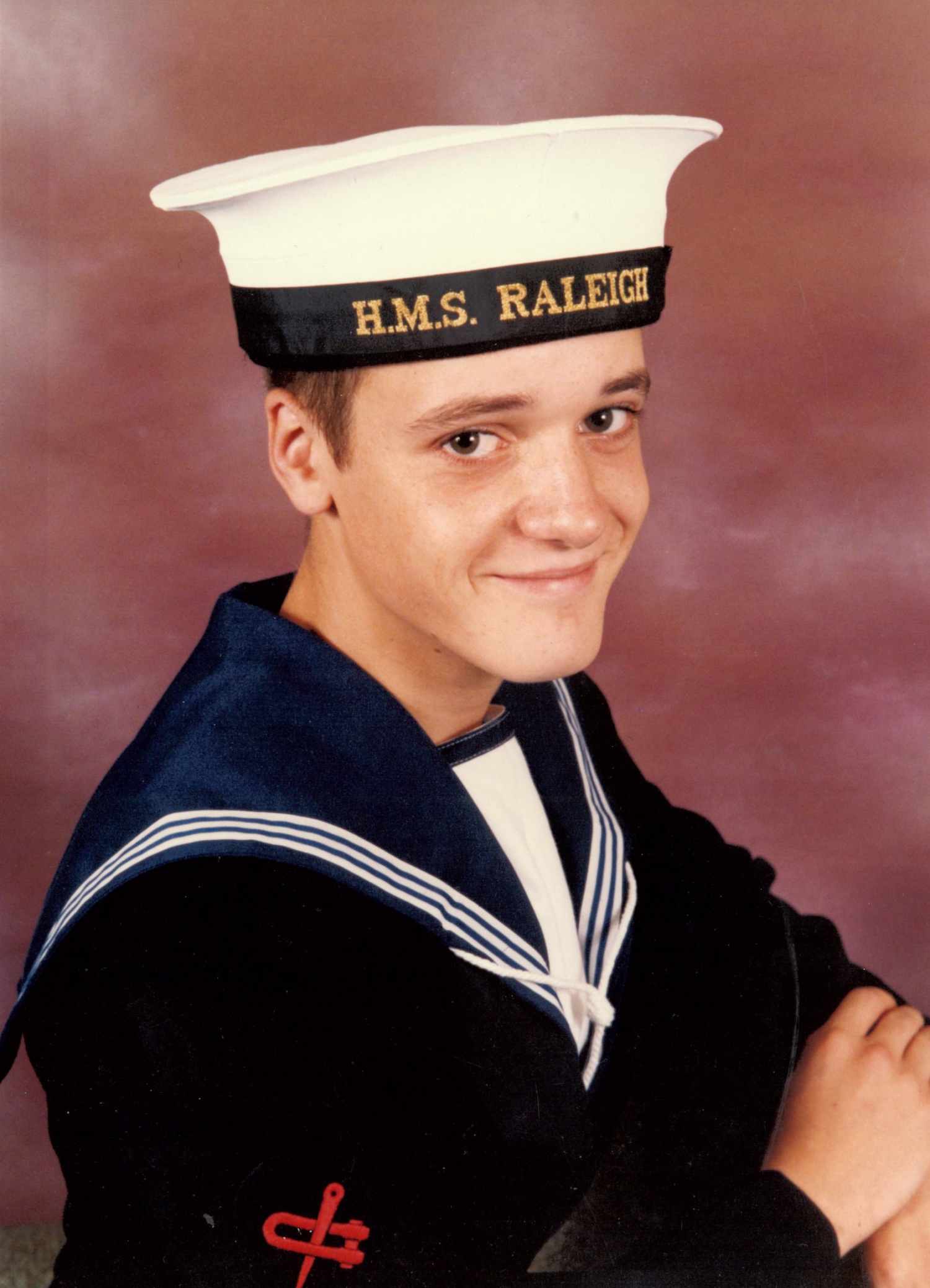 Simon was just 18 years old and on his first deployment on the Royal Navy aircraft carrier HMS Illustrious when he went missing after a night out in Main Street 33 years ago.

It is hoped with this new information police will be able to solve the cold case.

“We are here because we owe it to Simon and his parents to try and get those answers, and to find out what happened to him,” DI Wood said.

“Hopefully we can identify who, if anybody, is responsible for him going missing.”

Simon was last seen leaving the Horseshoe Bar on Main Street on December 12, 1986.

He never made it back onboard HMS Illustrious, which returned home for Christmas.

His devastated parents have been searching for answers since.

Simon’s disappearance has previously been part of investigations by Hampshire Police into Allan Grimson, a former petty officer who was jailed in 2001 for the murder of two young men.

Grimson was serving on board HMS Illustrious at the same time as Simon and was in Gibraltar when the young sailor disappeared. But Grimson, who is currently serving a 22-year jail term, has always denied killing Simon.

Police never gave up hope they would find out what happened to Simon, but previous searches in the 1980s and early 2000s proved fruitless.

“In 1986, Simon’s disappearance was treated as it would have been someone absent without leave from the royal navy,” DI Wood said.

“It was only in the early 2000s that the Royal Gibraltar Police and the Hampshire Police investigated his disappearance as a suspected murder.”

“Unfortunately, back then there was insufficient evidence to bring anybody to justice and we certainly didn’t find the answers to what had happened.”

The RGP’s DCI Brian Finlayson said that, behind the scenes, the renewed investigation had been under way for months.

“The Operation has been as smooth as you would expect,” Mr Finlayson said.

“We have worked very closely and formed a very good working relationship.”

“Hampshire have the expertise in these major investigations. We are supporting them in every way that we can. We are leaving no stone unturned, literally, to give the Parkes some closure.”

Hampshire Constabulary and the RGP are calling out for any information from members of the public.

Contemporary reports in this newspaper stated Simon was of slight build, 5’8 tall with a West Country accent.

He was last seen wearing faded blue jeans, a pale grey T-shirt, and a long sleeved blue and grey crew neck jumper with a diamond pattern.

His distinguishing feature was a tattoo on his right arm of a black horse’s head with the name Simon through it.