On Main Street, sadness as people remember the Queen

Within minutes of the news that the Queen had passed away, people were congregating on Main St some watching coverage on their phones, others talking about what an amazing woman she was.

One person who had a special connection with the Queen was Lt Wing Commander (Rtd) Roger Vent, who worked for her for three and a half years as he flew her and other members of the Royal Family around the world.

The 75-year old is on the Rock for a 10-day holiday from Porthleven in Cornwall with his wife Trish Williams and can recall the day King George VI passed away.

“I worked for the Queen for three and a half years. In this time we had a small organisation called the Queen's Flight, two helicopters and three fixed wing airplanes,” he told the Chronicle.

“And we flew the Queen and the Royal Family all over the world.”

“I was the chief engineer. So met her and most of the Royal Family on many occasions.” 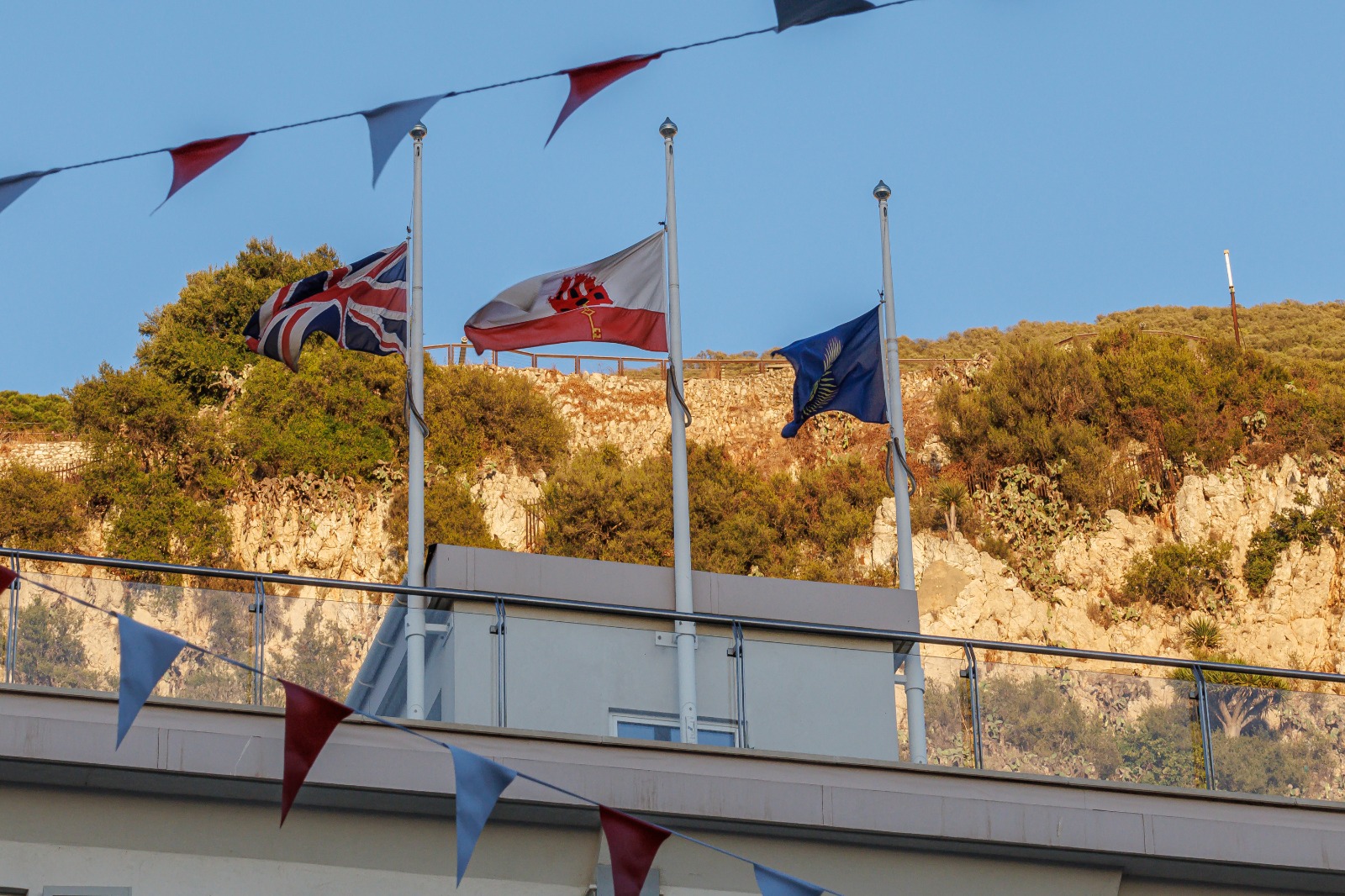 In common with anyone who has worked for the Royal family, discretion is the watchword.

But he did reflect on one experience: “One of the nicest things that happened to me was I went to Prince William on his first helicopter flight. With Prince Charles as well from Highgrove and William of course turned out to be a helicopter pilot himself, he was mad on helicopters.”

“Harry was just born. And when we landed, Princess Diana came out with Harry in her arms.”

The retired Wing Commander is also a member of the Royal Victorian Order, which rewards personal service rendered to the monarch.

“It is a personal gift of the Queen,” he explained.

“This is a historic moment, and she will be greatly missed,” said Ms Williams.

“We have all had her all our lives.”

“And, we wish King Charles a long and happy life and the Queen, Queen Camilla.” 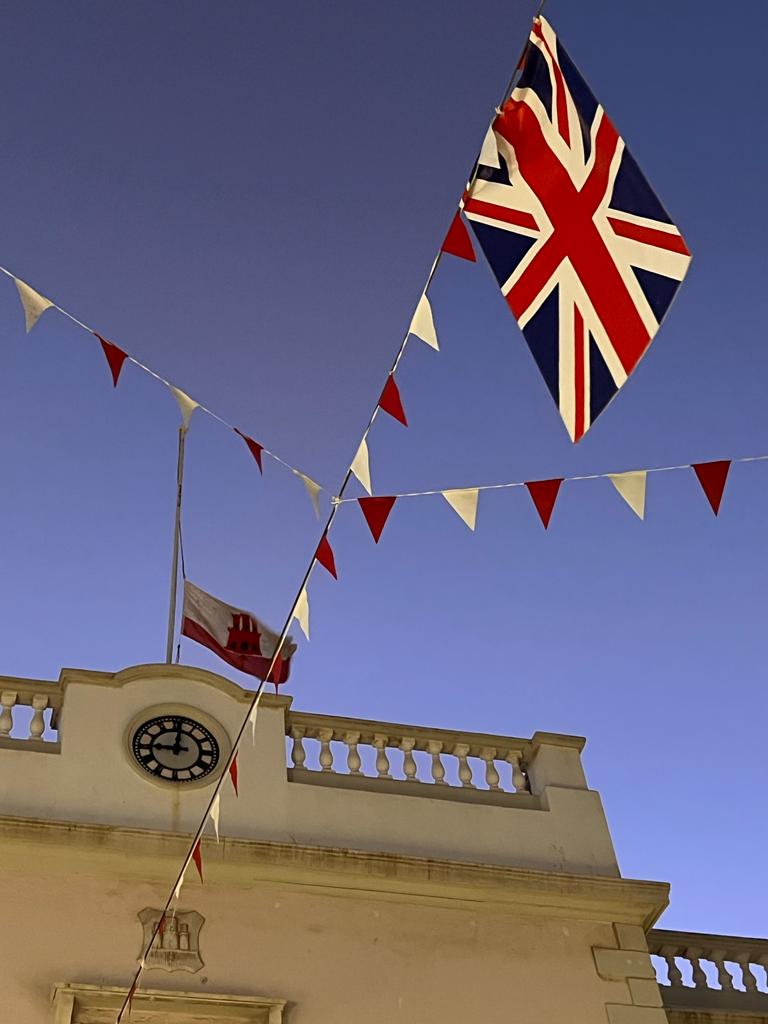 Aimee Orciel-Sene was also on Main Street and said she felt very sad at the news of the Queen’s death.

“We've grown up with the Queen. It’s almost as if she's just been a part of everything. She's been a constant,” she said.

“She's been a role model and an icon and it's just very sad to see her passing away and hearing about it.”

“You can really feel the atmosphere in town of what's happened, it’s so sad,” she added.

And with National Day celebrations cancelled, Ms Orciel-Sene said this made the sad moment even more poignant.

“But definitely around National Day makes it bittersweet. 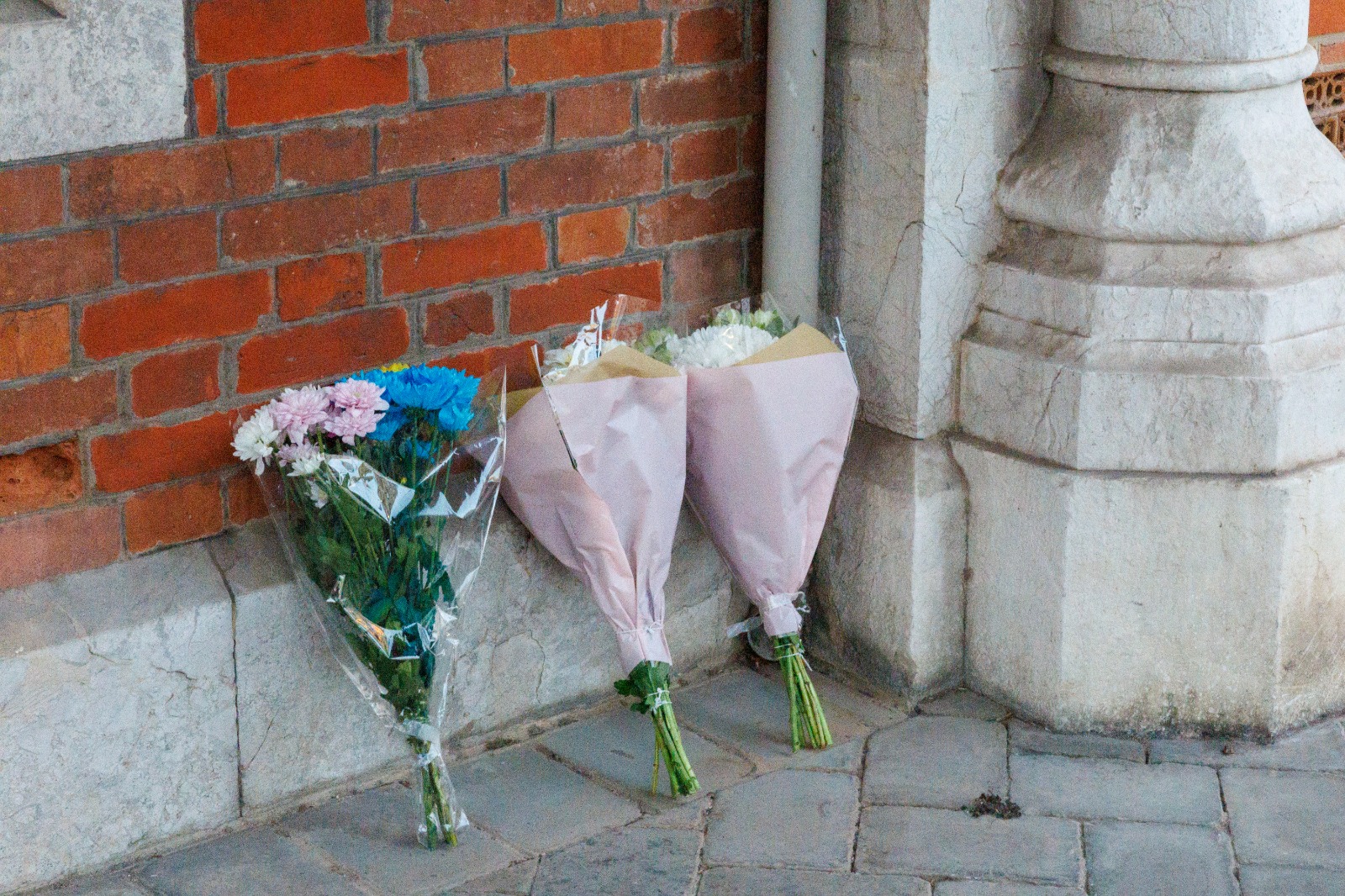 Another woman on Main Street, Judy, said she was “devastated, because she was the most wonderful Queen.”

“She put the country, the Commonwealth before anything else in her life,” she said.

“She was remarkable. And she worked every day of her life. She was incredible.”

She is flying to Edinburgh on Tuesday and she hopes to pay her respects in person in Balmoral if there is an opportunity to do so.

Visiting from her adopted home in Wicklow, Ireland was Michelle O’Connor, with her husband and three sons who alerted her to the news of her Queen’s passing having seen it on social media.

“I feel really sad, I could cry actually,” she said.

“My kids don't understand it. But I'm in my 60s and for my entire life the Queen has been my daily life and I’m nearly a pensioner.”

“I do feel really, really sad. I suppose it’s too early to worry about the Royal Family and where it will go but it is the end of an era as far as I am concerned which is incredibly sad.”

She added that the news of her death was a shock because only two days ago she was with the new Prime Minister of the UK, Liz Truss.

She will be back in Ireland at the time of the Queen’s funeral.

“It will be huge in Ireland. The Queen loves Ireland and even though this is the Republic of Ireland it is still huge,” she said.

“So I'm looking forward to going home and just to be able to sit and watch the coverage and experience it.”

Outside The Convent, a small number of people had gathered, some laying flowers, others to pay their respects.

Among them was Consecrated Virgin in the Diocese of Gibraltar, Dr Marisa March, who had a quick moment of reflection with the Governor.

“I am definitely going to be sad that the Queen has passed away, obviously I have to continue doing my job and I have to go to school and teach but she and her family will be in my prayers and my thoughts,” she told the Chronicle.

“I will be following the coverage of her funeral.”

She met the Queen once, briefly, about 15 years ago.

“It was when she came to visit to the Imperial College once to open a new building,” she said.

“And then I was in the Royal Navy Reserves, I am a commissioned officer of the reserves and I have a commissioning certificate signed by her.”