An original Sooty TV puppet is set to fetch more than £1,000 at auction.

Tina Stewart decided to sell the item after the owner of the Sooty Show, Richard Cadell, told her of its value after meeting with her and her six-year-old son Kyle after a live show at the Albert Halls in Stirling in April.

The Stewart family decided to part with the glove puppet as it had "just been sitting in a box for 40 years".

Mrs Stewart was given the TV prop by the original inventor of Sooty, Harry Corbett, who was a good friend of her father, retired biology teacher Paul Mouncey.

She has now decided to pass it on to Derbyshire-based Hansons Auctioneers, which has previously sold two other original Sooty puppets - with one fetching £14,500.

Mrs Stewart, a veterinary receptionist from Dunblane, said: "We took Sooty along with us and after the show met Richard - who immediately knew our puppet was an original.

"He pointed out his distinctive features - a longer body, leather pads and sawdust in his head. He mentioned that he might be worth a lot of money and told us to look after him." 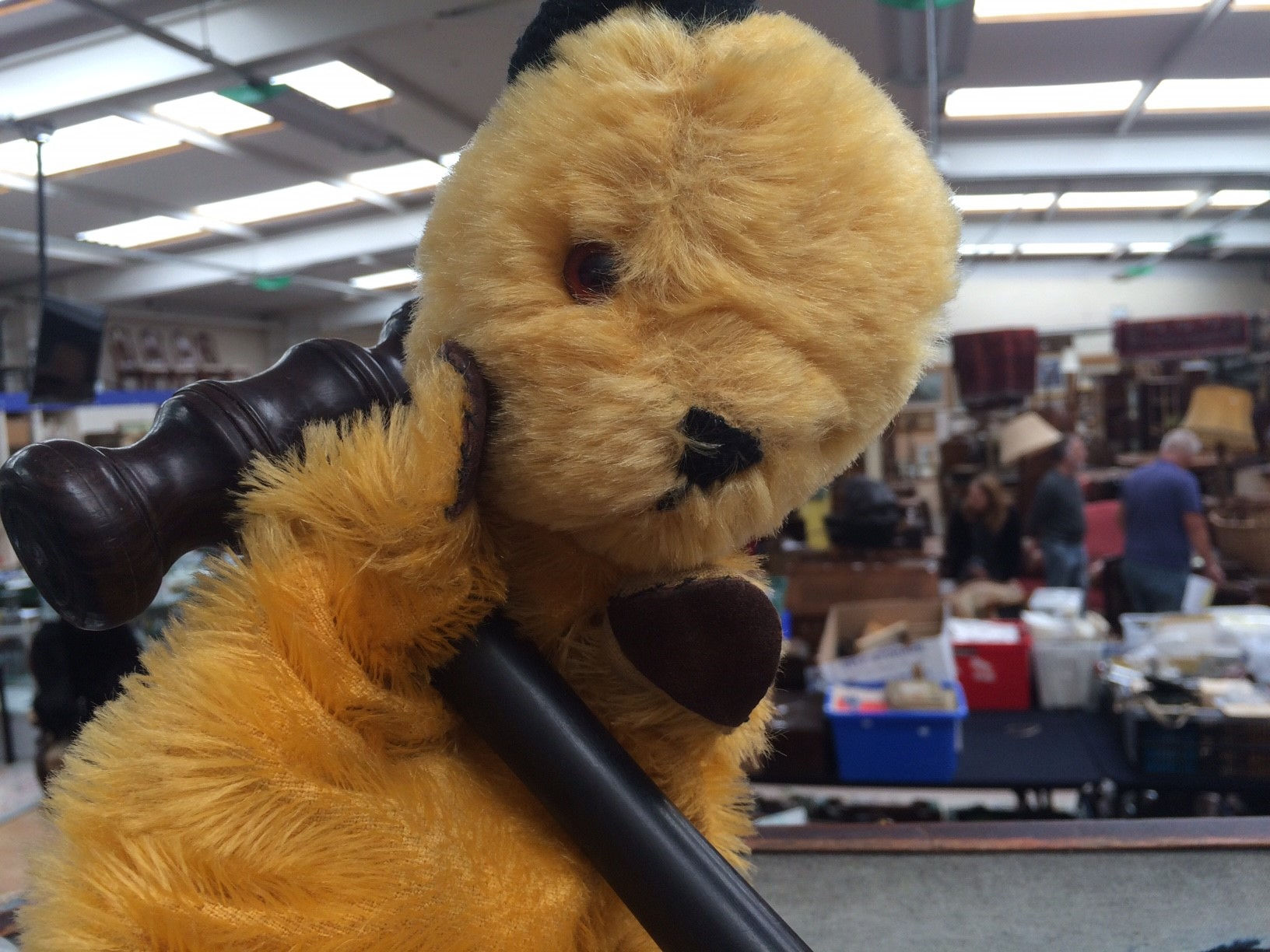 Speaking of how the puppet came into her possession, Mrs Stewart said: "Dad remembers taking me to see Harry and going into his workshop where he used to make the props and backdrops for the shows.

"On one occasion when we visited him, dad mentioned that Harry took a liking to me and that's when he gave me the original Sooty from the show.

"We always knew our Sooty puppet was extra special. My parents said I had to be extra careful with him if I played with him. Harry told us he'd been on the Sooty TV shows."

Addressing her reasons for wanting to sell the item, Mrs Stewart said: "It was after I'd spoken to Richard Cadell that I decided I should part with him.

"If my Sooty was so special, it was a shame he'd just been sitting in a box for 40 years.

"It's time for someone else to enjoy him. Perhaps he should be in a toy museum."

Speaking of the significance of the puppet, the Sooty Show owner Mr Cadell said: "This is without question an original television Sooty that would have been used some point on television in the mid-1970s by Sooty's creator Harry Corbett. I would estimate he is around 45 to 50 years old.

"Harry retired to Dorset in the mid-1970s and on occasion did part with his original Sooty puppets if he felt good reason.

"He was a generous and kind man and this would have been given with his love and affection. It's wonderful that this Sooty has been discovered after all these years."

Charles Hanson, owner of Hansons, said: "Sooty and I have become pretty good friends over the years.

"We've sold two original Harry Corbett puppets before with great success - we like to put on a good Sooty show.

"We hope we can find him a new Sooty fan to take good care of him - or perhaps it's time for him to go home to Blackpool."