Over 100 take part in challenge for Cancer Relief

by Eyleen Gomez and Priya Gulraj

Over 100 people are pushing themselves beyond their comfort zone for two weeks as they take part in the Kenneth Navas Barristers and Solicitors Challenge, to cover a distance of over 4000 kilometres in aid of Cancer Relief Gibraltar.

Participants walk, run, cycle, or even row, to reach their target distance over a period of 14 days.

Many of those who have started this physical challenge will be finishing on Sunday, but anyone can take part so long as they start before June 16 in order to finish by the end of June.

Cancer Relief launched an urgent fundraising appeal through this newspaper during the height of the Covid-19 lockdown pandemic after it saw a drastic drop in donations during this period.

The charity, which receives many donations through physical challenges, was worried about its future prospects after event after event had to be cancelled while Covid-19 regulations were in place.

Inspired by this, Kenneth Navas Barristers and Solicitors set an initial fundraising target of £2,000, but with more and more people taking part, but the law firm has now set a higher target for £8,000.

The idea was to increase their average training distance during this period by at least 50%, with many increasing them by over 500%. 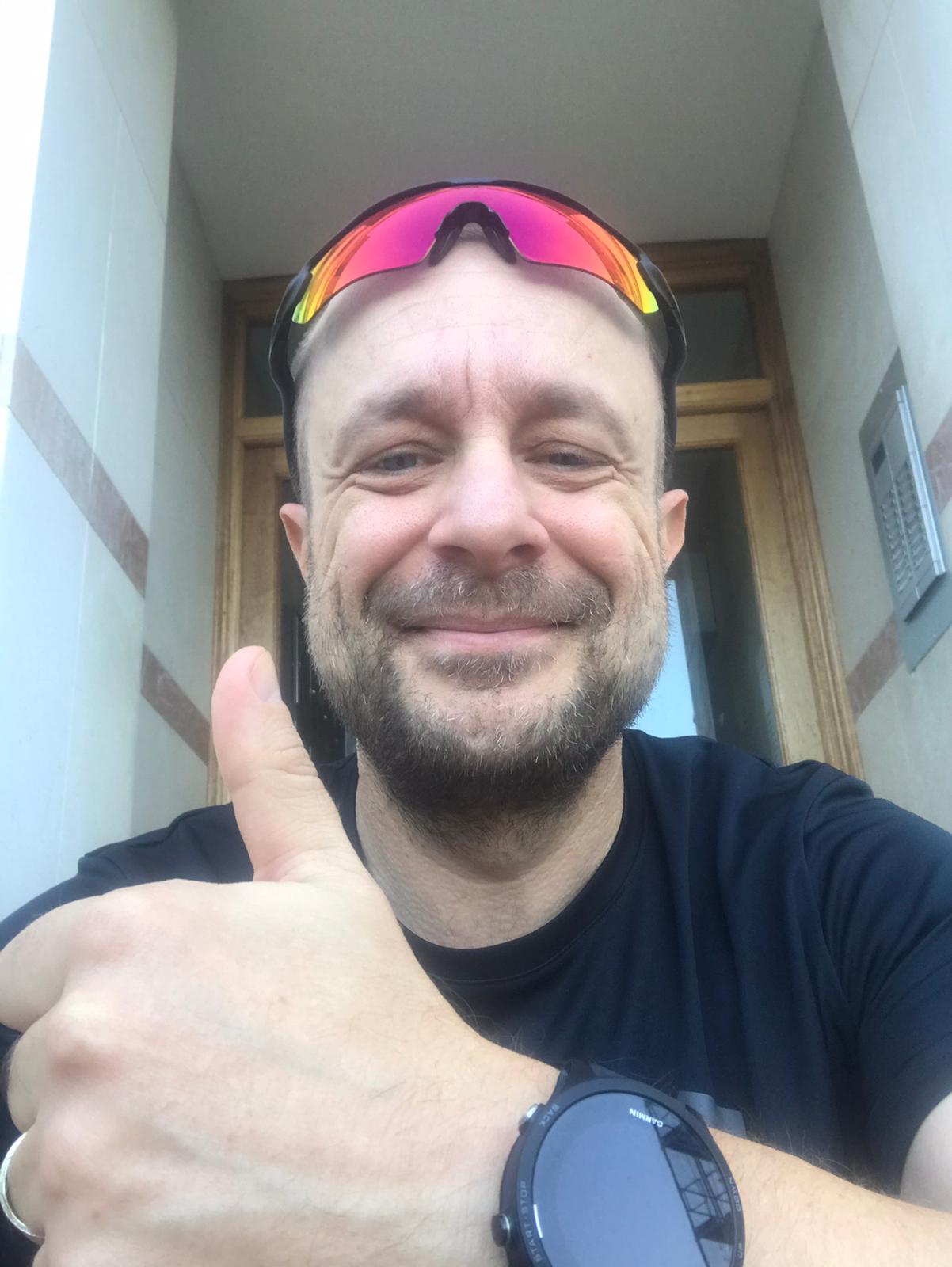 Mr Navas, who has opted to run for the challenge, told the Chronicle that this challenge has reached other jurisdictions, with people living in the United Kingdom and Spain taking part.

“The essence of this is to choose a distance that will challenge you,” he said.

“I am now covering a distance of 140 kilometres during the challenge, but people can choose the distance they are comfortable with.”

“Then there are the walkers who are doing anything between 70 kilometres in two weeks to someone doing over 200 kilometres over the fortnight.”

As a business, Mr Navas said, this challenge has brought the entire office together and has helped to raise morale after the lockdown period.

In addition, some of Gibraltar’s well-known names such as Neil Hayes, Christian Santos, Craig Sacarello and Ian Howes have also joined in the challenge.

“People have joined willingly and set themselves some very tough targets, but the primary motivation for taking part is the charity itself,” Mr Navas said.

“I think Cancer Relief is a charity that affects so many of us and it has such a wide appeal.”

“We have found that quite a few people have joined in because we have started this right after lockdown, people can get active again and beach ready, so it has been a happy coincidence.” 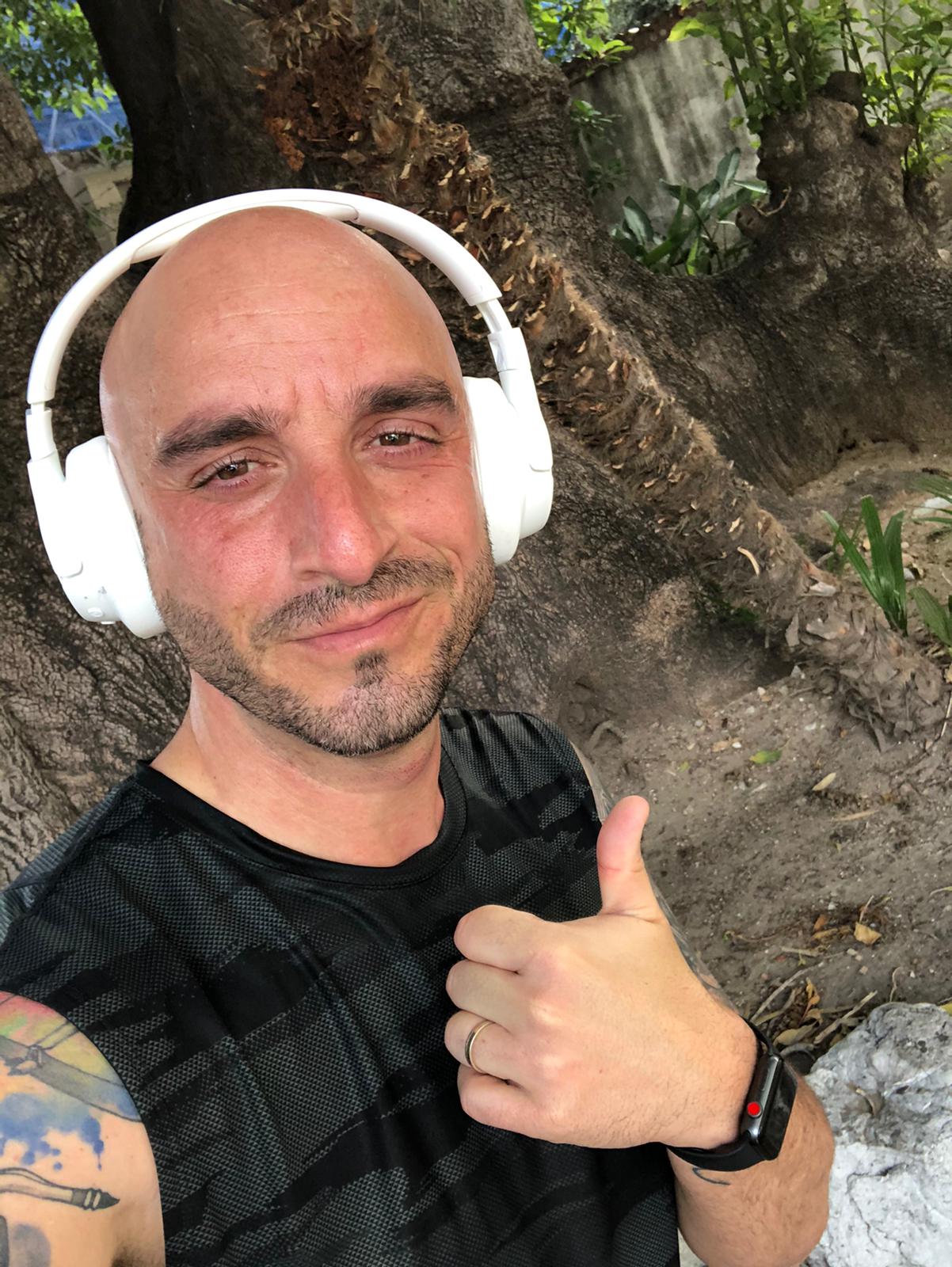 Christian Santos has been posting photos of himself walking along Gibraltar’s roads when he set himself a target of walking 120 kilometres for the charity.

He is now averaging 15 kilometres per day and wants to add up the distance and see how far he can go.

“I am a bit of an obsessive and I started walking everywhere so I have already met by target,” Mr Santos said.

“Now I am looking forward to seeing how much I can do over the two weeks.”

Mr Santos decided to take part in the challenge after he was contacted by Mr Navas, adding that Cancer Relief is a “very practical, local charity” and he wanted to do what he could to help.

He began walking at the beginning this year, but it is not something he enjoys, but as it is for charity he will continue to listen to podcasts as he meets his goal. 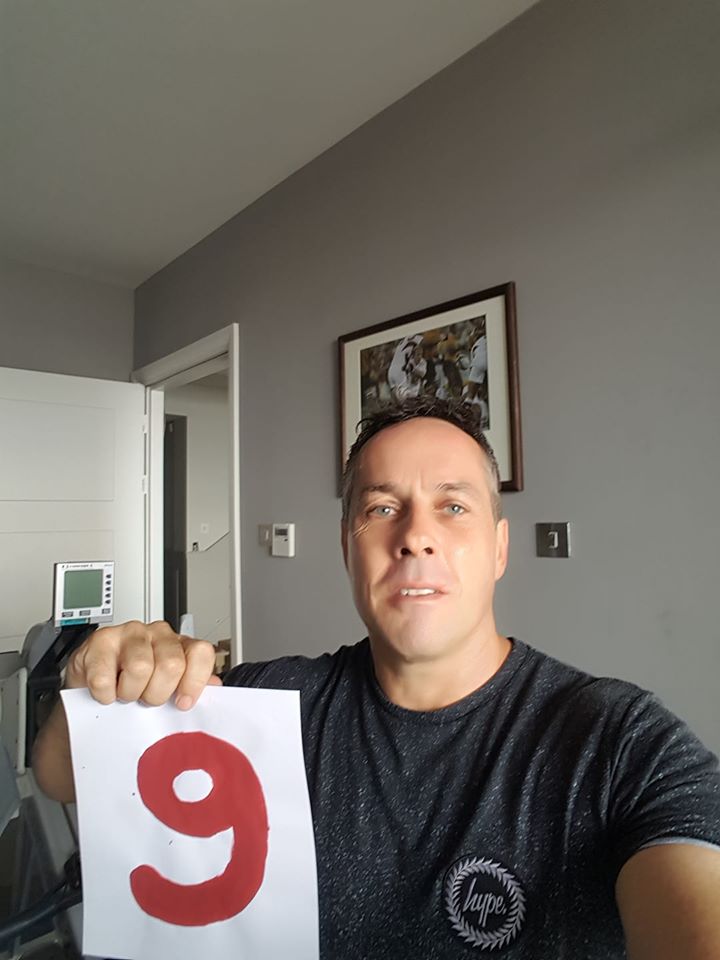 Craig Sacarello is rowing his way to over 300km and rowing 22km, the distance of a half marathon, daily.
He is undertaking this challenge from his home using an indoor row machine.

“I have rowed in the past but it has not been my primary sport. The ergometer is a great general fitness piece of equipment and it provides a nice mental challenge too,” said Mr Sacarello.

“As with most families, cancer has had a big impact on my family and I have had the privilege of seeing doctors, nurses and all the support staff such as the ones at Cancer Relief Gibraltar in action,” he said.

“The work they do is critical at such a vulnerable time.”

Mr Sacarello has always participated in various sports but this challenge he said is different.

“I have run half marathons and marathons, raced across mountains, played rugby etc but nothing like this,” he said.

“This is more of an endurance test. I am enjoying the challenge of battling the fatigue and still having to function for work etc.”

“I suppose the greater the challenge the more attention it draws and the greater chance you have of raising funds.”

“Besides, this pales in to insignificance compared with what cancer sufferers go through.”

He admits to being fatigued but not sore, calling himself lucky so far. 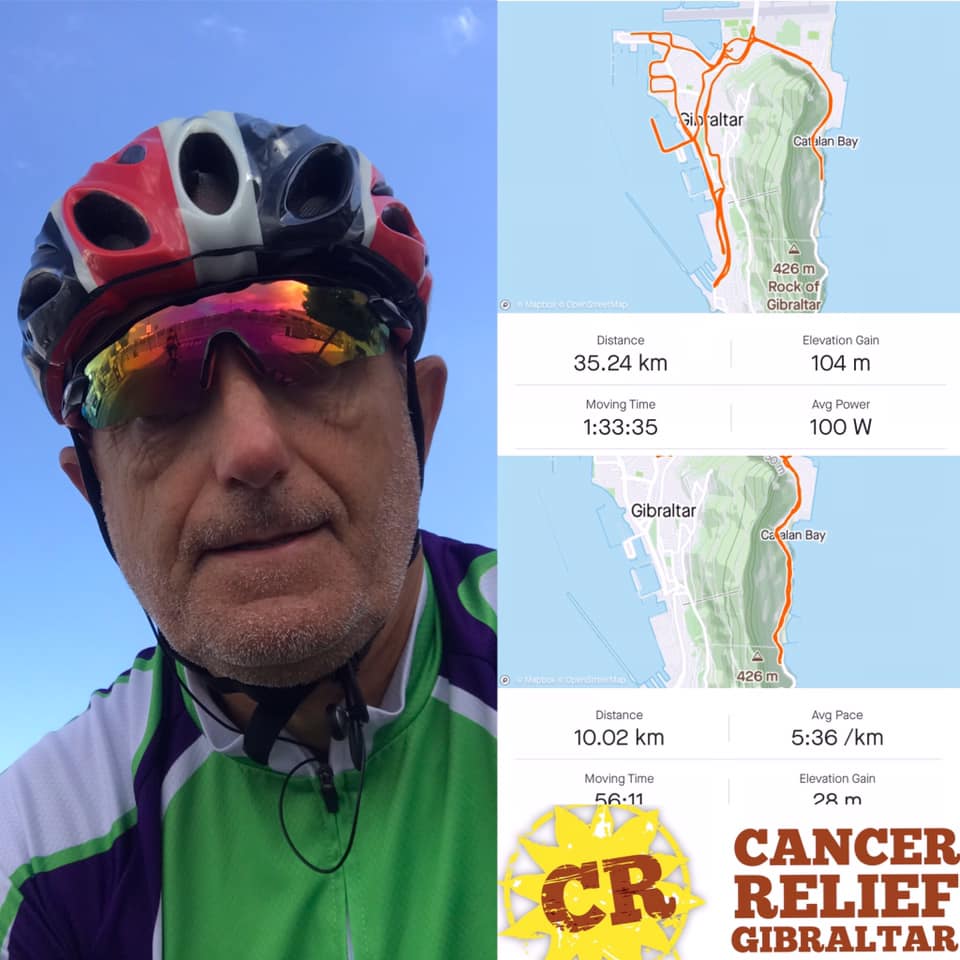 Local athlete, Ian Howes, is no stranger to endurance challenges or to raising money for charity.

He combined the two when he started his challenge on Monday, May 18 and as of Monday morning this week he had ran 90km and cycled 260km.

“I am always training and at the moment the earliest event I have is the London Marathon in October which is in aid of ActionAid, so I thought it was an great way to motivate my training and to participate in another charity event,” said Mr Howes.

“The most challenging part of the event is not particularly the distance I am running or cycling but the fact that there are no rest days and that in itself is not only physically challenging but mentally too.”

However, he adds that the fact that he is running and cycling for a particular cause does help and it gives him the strength to run and cycle every day.

“I normally would run first before the sun starts hitting down and then I do the cycling stage. I find it easier to run first and cycle later even though during this week I have noticed a vast increase of vehicular traffic on our roads and riding in it is a challenge in itself,” said Mr Howes.

While the law firm selected the charity as one to support Mr Howes adds, “It is a charity which help many persons affected by cancer so obviously I support it.” 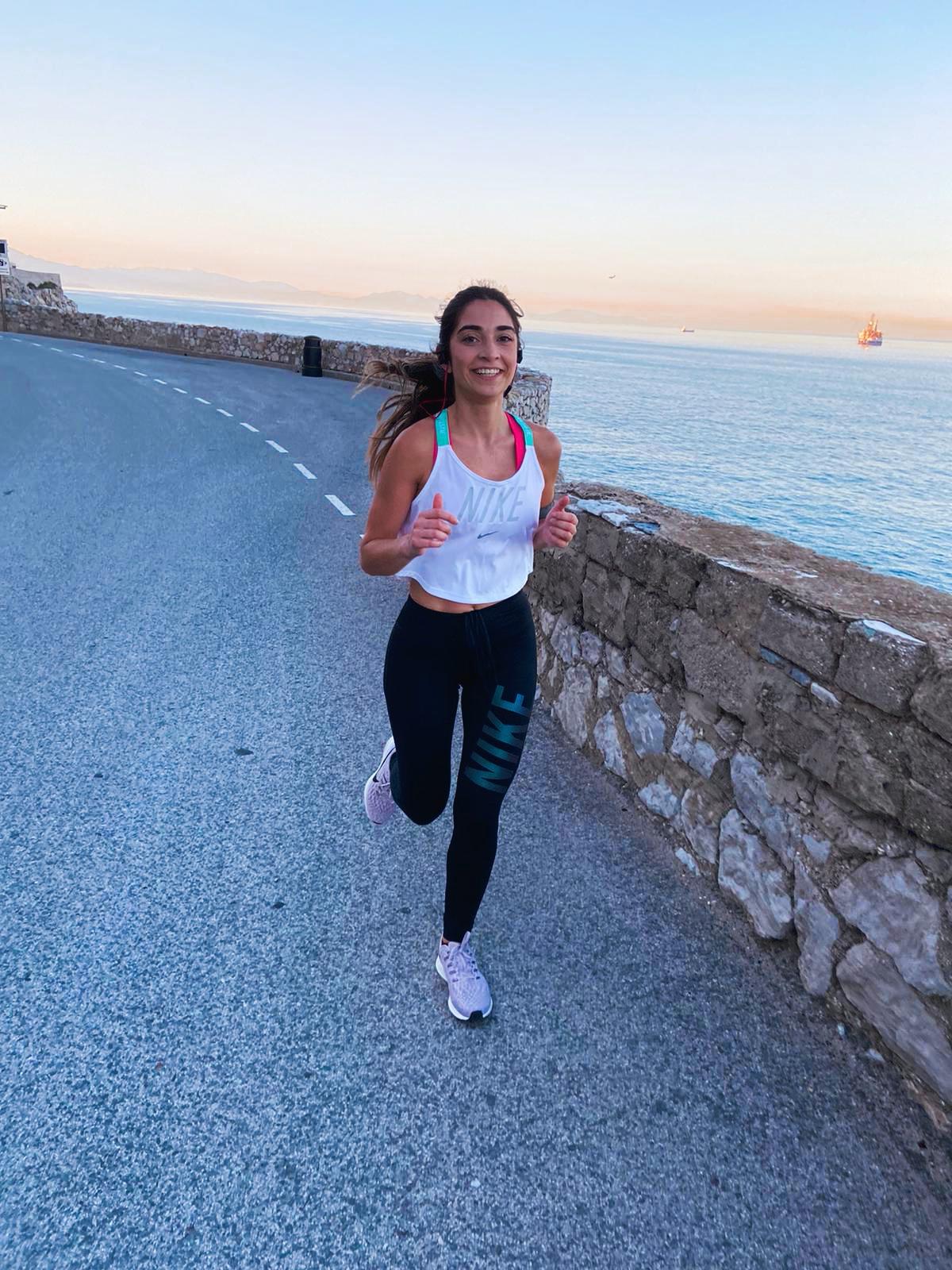 Louise Montegriffo, who works at the firm, has set herself a target to run 140km in two weeks.

“That’s roughly around 10km a day. I am planning on running every day in order to reach my target. Some runs will be longer than others which means I’m able to run shorter distances as ‘recovery days’ on other days,” said Ms Montegriffo.

While she trained regularly she was never a regular runner, making this challenge more inspiring.

Given the heat at the moment Ms Montegriffo prefers to run in the evening.

“I really enjoy running a complete loop around the rock which is around 10.5km,” she said.

This is something she has never done before.

“It has been extremely heart-warming to see the huge number of people that have signed up so far,” she said.

“We currently have over a hundred participants who are walking, running, cycling or rowing various distances. The support we have received has been amazing and we are extremely grateful for all the donations that have been contributed so far.”

“Cancer Relief is so fortunate to have such wonderful support,” Marisa Desoiza, Cancer Relief Gibraltar’s Chairperson, told the Chronicle.

“It is amazing to know that the Kenneth Navas and his team are taking up the challenge to fundraise for our charity while at the same time keeping fit.”

“The generosity of the community knows no bounds and a big thank you to all who are taking part.”

Donations can be made via Just Giving page: www.justgiving.com/fundraising/kenneth-navas