Over £5,000 donated to charities following Lisbon to Gib 600kms cycle

A group of local cyclists who recently cycled a distance of over 600Kms from Lisbon in Portugal to Gibraltar presented two cheques, each for the sum of £2,586 to two charities, Autism Support Gibraltar and ActionAid.

Receiving the cheque on behalf of Autism Support Gibraltar was Anne Macquisten who thanked the cyclists and their support drivers for their epic cycle-ride and for their tireless fundraising efforts.

She said that the charity is extremely grateful to everyone who donated or supported this event, adding “the funds raised will help keep our work going into the future, making a significant difference in the lives of autistic people and their families”. 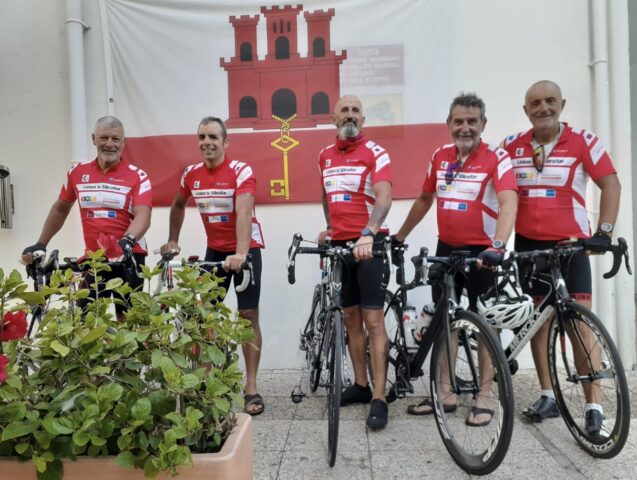 The ActionAid representative said, “The current pandemic makes it more important to assist those who are suffering not only from the Covid 19 virus but also experience the ever present shortage of food. It is not uncommon, in some poor countries, to come across a mother and her child who have both died from hunger. ActionAid's thanks are extended to riders and to those businesses and individuals who have made the ride possible.”

Ian Howes one of the cyclists took the opportunity to thank and to show appreciate to the different firms and individuals who supported the ride in their various ways.

“Without this support the ride would not have been possible,” he said.

GSD calls for clarity on student jabs after some left unvaccinated

Back to school for Gibraltar’s student teachers