By C.Wall
Sistema-trained Venezuelan star trumpeter Francisco “Pacho” Flores returned to the Convent Ballroom with Canarian-Venezuelan guitarist Jesús González Brito, also known as “Pingüino”, for a cosy recital wedding classical technique to popular songs. “Amor Concreto”, by physician and prolific songwriter Henry Martínez, was short, intense and emotive, but as unrushed as smooth jazz, and distinguished by a virtuosic passage at its heart, delivered by Flores with unforced clarity. 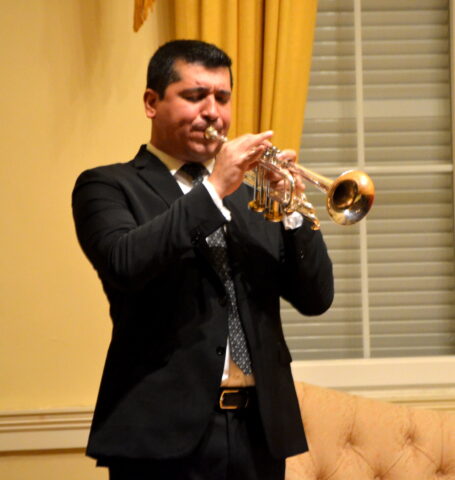 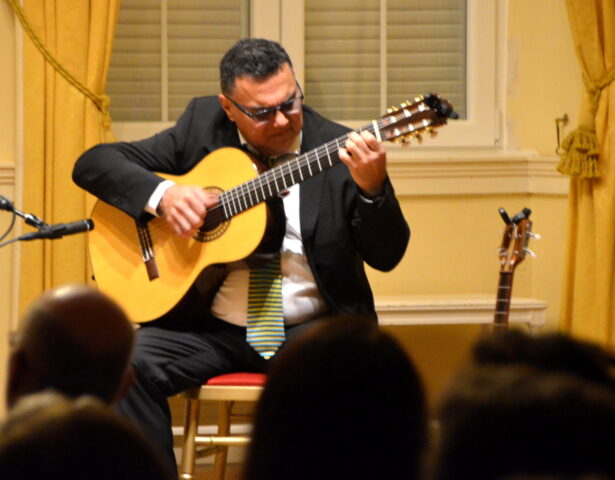 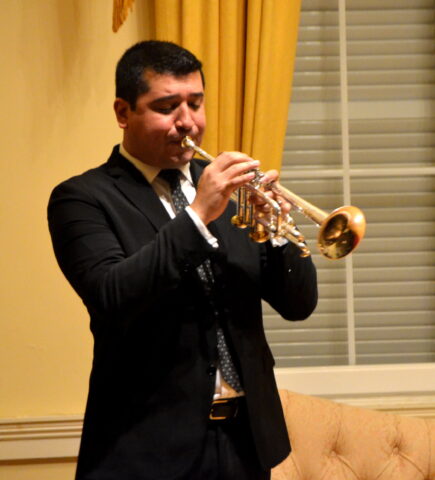 Astor Piazzolla was represented with the first two movements of his “Histoire du Tango” suite, with Flores’ trumpet covering the original flute. Where “Bordel 1900” often sounds like a playful exploration, Flores was busy and hectic, less the discoverer of a new genre than a chef working with familiar ingredients. “Café 1930” featured an expansive opening by Pingüino ahead of a mournful, high entrance by Flores, who maintained a masterly control throughout this rather contemplative piece. The musicians allowed different layers to shine through, expressing everything from unalloyed despair to romantic wistfulness.

A “Popurrí” or medley of songs by Simón Díaz, Pablo Camacaro and Tom Jobim linked different styles from Venezuela and Brazil. The first song incorporated a “Cuatro”, a four-stringed cousin of the guitar used in much Venezuelan folk music, strumming to a slow, controlled trumpet. The second was more energetic, the trumpet sounding more like a trombone and switching keys with some gusto. The third projected bossa nova towards sax-led jazz, rhythmic but almost conversational.

The second half opened with two original compositions from the duo’s 2017 Deutsche Grammophon album. “Morocota” from Flores, taking its name from a Venezuelan golden coin, was rich in warmth and decoration, tender and nostalgic, with a silky trumpet and articulate guitar just the right side of sentimentality. “Café Madrid”, which Pingüino assured us was the best song of the night, was a delightful fusion of bossa nova filtered through New York jazz with a dazzling guitar rhythm. 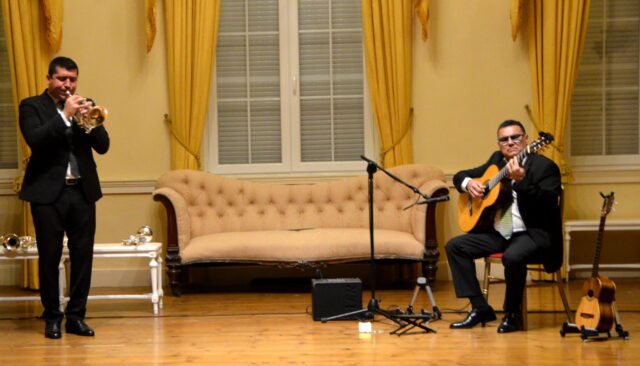 “El día que me quieras”, a simple tango composed by Carlos Gardel to lyrics by Alfredo Le Pera, provided a resonant voice for Flores. “Carinhoso”, by Choro giant Pixinguinha and João de Barro, gave the guitar a haunting control of time. Flores’ arrangement of Ernesto Lecuona’s “La Comparsa” was slick, swingy and seductive. Vibrant encores from Venezuela and Mexico ended the night with a buzz. The repertoire may not have been typical for Gibraltar Philharmonic Society, but this was one of those rare evenings in which all of the pieces projected a love of the art, and none felt extraneous.