After an intense 21-week programme, the Royal Gibraltar Police’s new recruit class of 17 marked the end of their training with a passing out parade on Wednesday.

As the recruits paraded in Central Hall, the Commissioner of Police Richard Ullger underscored the challenging two years the force has faced, which included a process of reform.

“We have addressed how we investigate and record crime better, improved the standards of behaviours of our people and robustly dealt with officers and staff that do not deserve to be part of our organisation,” Commissioner Ullger said.

“We are better at understanding the policing demands and predicting it, and this has made us more effective and efficient”

“Our recruit officers here today are now going to take with them some key skills from the training school into the community.” 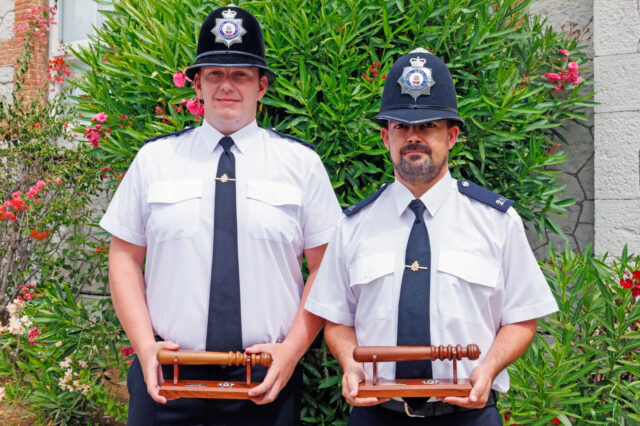 Mr Ullger told attendees Brexit negotiations could potentially bring changes to policing on the Rock, which the recruits would help implement as police constables.

“Equally, as Her Majesty’s Government of Gibraltar negotiates a potential new phase in our history, for the free movement of people, by joining the EU’s Borderless Schengen Area, the Royal Gibraltar Police is committed to keep Gibraltar safe by working with its partners both locally and internationally,” he said.

“Our partnership with the Gibraltar Defence Police, HM Customs, The Gibraltar Fire and Rescue Service, the Port Authority, the Ministry of Defence and many others.” 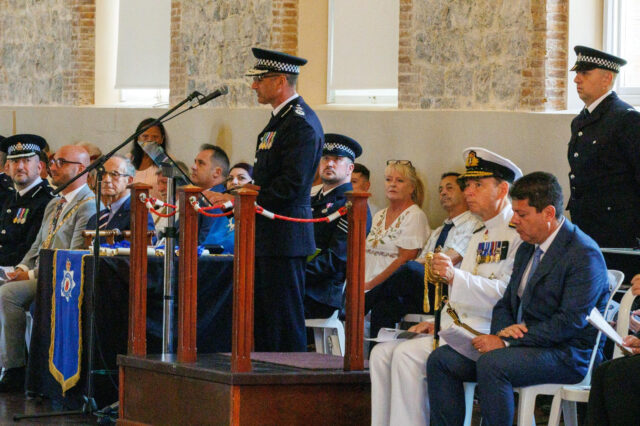 Addressing the new recruits, Minister for Justice, Samantha Sacramento said: “I would like to say how much I admire you all for your dedication and application in successfully passing this school.”

“You are now full members of the oldest police force in the Commonwealth outside of the United Kingdom.”

“You can now look forward to a career in law enforcement which is life-dedicated to making our community a better place each day.”

“The people of Gibraltar will look to you with high regard and place their trust in you. The trust needs and is founded on the integrity and impartial practices of the service and its members.”

The cohort of new recruits builds on plans for more diversity, equality, and inclusivity within the RGP, with 29% of the new recruits being women.

“We have a huge mix of gender and diversity, representative of our community in our recruit class, with almost a third of them being women,” Mr Ullger said.

“We are committed to enhance this as we build upon our 2021 Diversity, Equality and Inclusion Strategy and it is our desire to ensure that women are better represented in the Royal Gibraltar Police than ever before.”

Ms Sacramento, who is also the Minister for Equality said: “I am pleased to see an increase in the proportion of women in this recruitment intake.”

“Any organisation should be reflective of the community that it serves.”

Ms Sacramento said that this marks a positive increase of women in the force, as the RGP continues to encourage more women to step forward and join the force.

“We need a diverse police service in all respects to meet modern crime challenges,” she said.

“The Ministry for Equality are closely working with the RGP and the recently formed committee of women to ensure that there are no unfair or unnecessary or unconscious barriers to the progress of women in the force.” 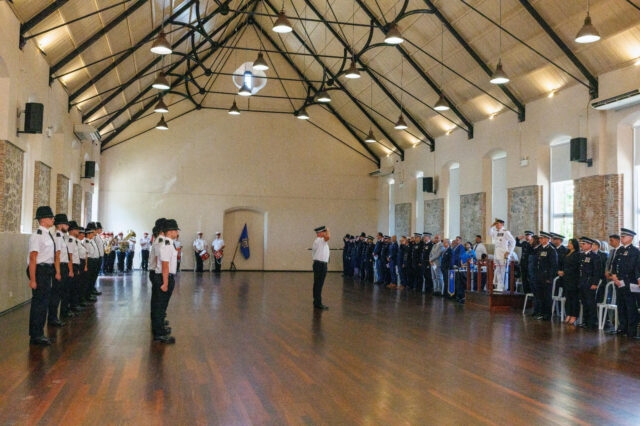 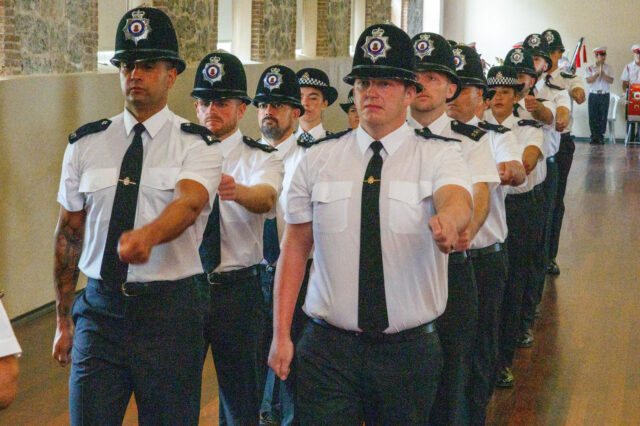