The Peter J Isola Foundation raised almost £30,000 for Cancer Relief and RICC during a Gala dinner, which included an auction of Christian Hook’s prints.

The Gala dinner included live music from Taxi’s Dylan Ferro and up for auction were a number of prints from artist Christian Hook as well as a unique collaboration between Albert Hammond and Dylan Ferro. 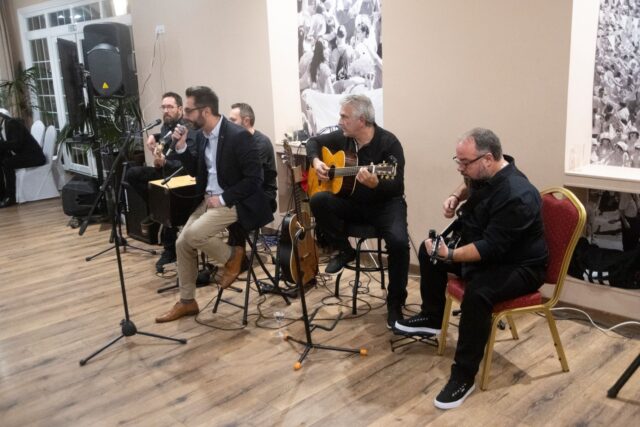 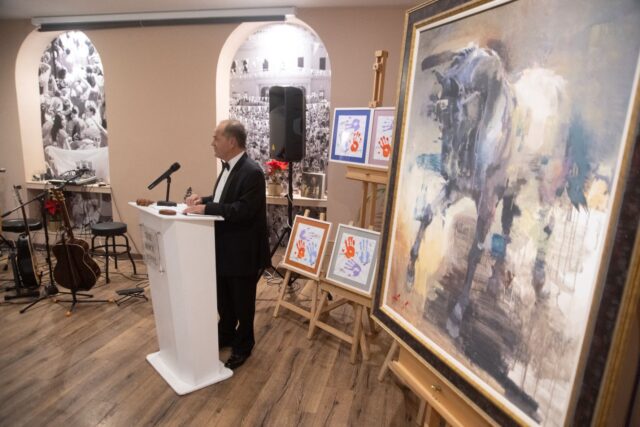 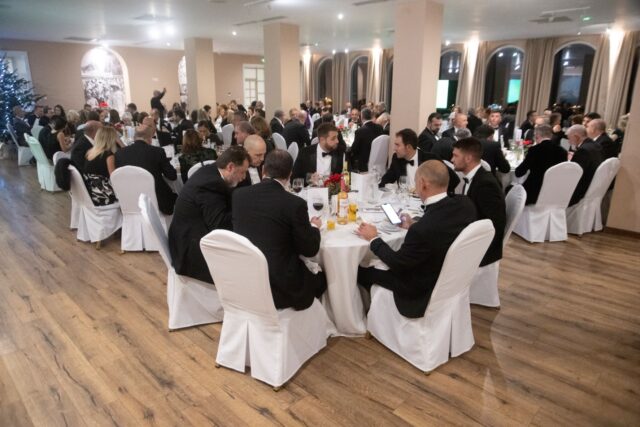 Tickets for the event plus funds raised from the auction totalled £28,800.

“We were very fortunate to involve Christian Hook, Albert Hammond, who had hoped to attend but unfortunately couldn’t do so on the night, and Dylan Ferro,” Peter Isola said.

“Three fantastic local talents! Christian Hook donated three of his prints, ‘The Tempest’ and two of his ‘Female Art’ collection.”

“What was fascinating was that Albert Hammond, Christian Hook and Dylan Ferro got together to create ‘Hands’, a unique piece of art with only eight original signed pieces, five of which were auctioned on the night and the other three kept by the artists themselves.”

“Dylan then joined Jeremy Perez and friends and delighted us with a musical performance. A huge thank you to Dylan, Jeremy and friends for having done this.”

“The value of having Albert Hammond, Christian Hook and Dylan Ferro getting involved with the Peter J Isola Foundation is incredible.”

“Albert Hammond is patron of RICC which is why we chose them as one of the charities. It is tremendous that our top artists get involved with local charities, these are genuine true Gibraltarians totally dedicated to Gibraltar and there is no way we could have raised the money without them.”

The idea for this event started over a year ago when the Foundation, ISOLAS and the Fiduciary Group invited local artists to submit their artwork for their 2022 Calendar.

Christian Hook adjudicated, and 12 pieces chosen went into the 2022 Calendar.

The artists donated their artwork to be auctioned with the funds raised going to a local charity of their choice.

This silent auction is open until the end of the year. To bid on some for the art pieces available via the silent auction, please email bid@isolas.gi