The Sotheby’s auction took place at the MGM Resorts-owned Bellagio hotel and casino, where the pieces featured in its Picasso restaurant. 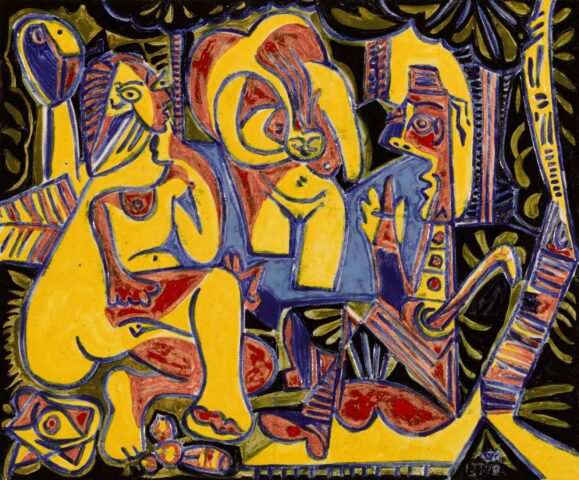 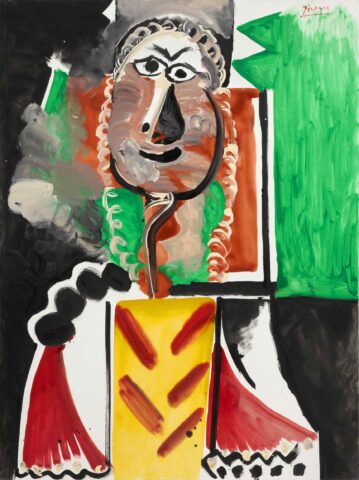 The company said Saturday’s sale, which exceeded its high estimate with all of the works sold, would help it improve the diversity of its fine art collection.

The highest price was fetched by the 1938 portrait Femme Au Beret Rouge-Orange, which depicts Picasso’s muse and lover Marie-Therese Walter, which sold for 40.5 million dollars (£29 million) following what auctioneers described as a “prolonged bidding battle”.

It exceeded its high guide price by some 10 million dollars.

Included in the sale were nine paintings and two ceramic pieces by the Spanish artist, who died in 1973, spanning some six decades, including Nature Morte Au Panier De Fruits Et Aux Fleurs from 1942 and Le Dejeuner Sur L’herbe from 1962.

The Bellagio ballroom featured a recreated version of the Sotheby’s auction room for the sale, which was hosted by the house’s chairman and auctioneer Oliver Barker.

Brooke Lampley, Sotheby’s chairman and worldwide head of sales for global fine art, said: “When we announced this unique collaboration with MGM Resorts a few months ago, there was an immediate buzz about this special auction.

“Tonight’s tremendous results only underscore the singular nature of this event, and the importance of creating bespoke experiences that cater to furthering our commitment to existing clients, as well as opening doors for a whole new audience to engage with Sotheby’s.”

The MGM Resorts collection was started more than 20 years ago by US property developer and casino mogul Steve Wynn, former owner of the Bellagio.