An application for the partial demolition and the refurbishment of John Mackintosh Hall has been filed with the Town Planner.

The works would allow for the construction of a new National Theatre, as announced earlier this summer.

Drafted by GCArchitects for the Ministry for Culture, the planning statement says the proposal envisages retaining the “external envelope” of the existing building and the construction of the new National Theatre of Gibraltar, together with a studio theatre and ancillary areas in the centre of the building. 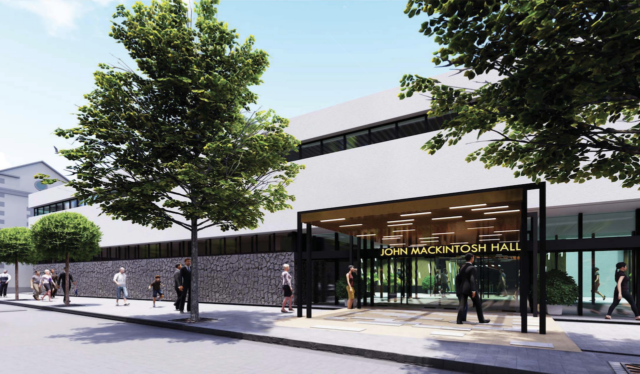 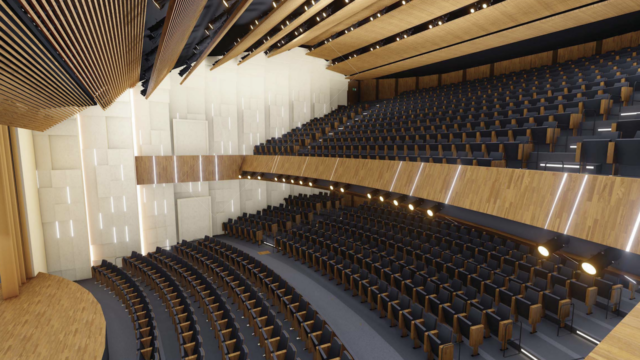 The project will require major demolition and structural works in the building’s central areas.

“With regard to the existing internal courtyards, the main one - the one next to the entrance - is recognised as an essential part of the original building design,” the statement says.

“It is reflective of the life of the building and our proposal is for this to continue to act as the focal point of entry and distribution through the building.”

“The courtyard will be retained and will contain the internal façade of the new Gibraltar National Theatre.”

“The rest of internal courtyards will be incorporated into the building’s internal area as part of the new theatre and its ancillary areas,” the statement added.

The remainder of the existing building will also be subject of minor alterations to allow for new spaces. 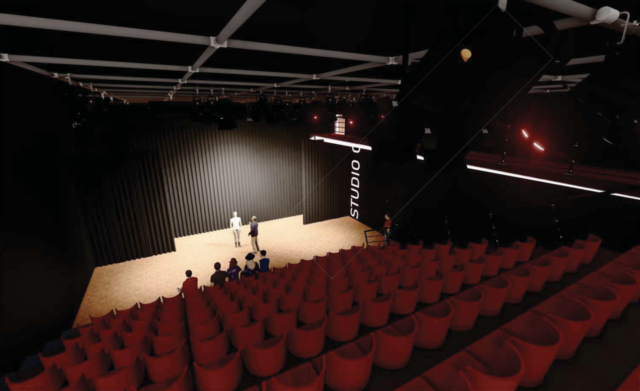 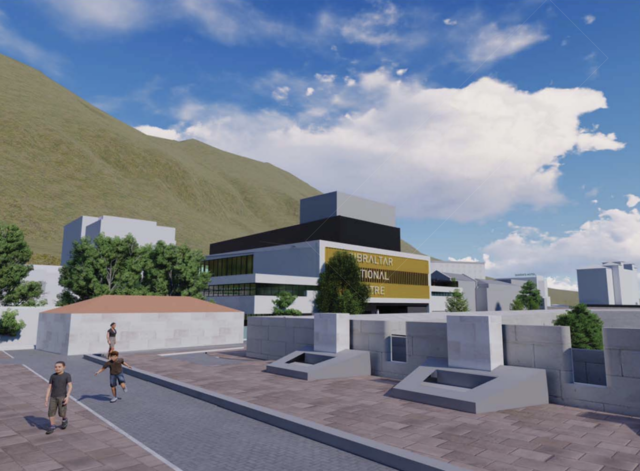 On the first floor the Library will occupy the whole East and North facades and theatre areas consisting of auditorium lower tier, stage, backstage, upper foyer, toilets and ancillary areas.

“Volumetrically, the new Gibraltar National Theatre will remain central but will now rise above the existing John Mackintosh Hall building, and it will extend westwards to form a new external facade on the west, and a new internal façade towards the main internal courtyard,” the design statement says.

“Both these facades will be designed to reflect the style of the newly refurbished building.”

“In doing so the National Theatre expresses itself as a modern state-of-the-art addition to the John Mackintosh Hall complex.”

According to the statement, the new auditorium will be primarily designed as a theatre space with the possibility to double up as a multifunction space allowing for events such as music concerts and conferences.

It will provide for an audience of up to 900 with seating split on two tiers, lower tier approximately 478 persons, with top tier at approximately 422 people.

“The auditorium will be fully inclusive with 12 dedicated seating arrangements for wheelchair users as well as facilities for the hearing impaired,” the design statement says.

“An orchestra pit underneath the stage apron will complement the stage facilities and will allow for attracting touring musical acts and small opera productions.”

“The orchestra pit will also be able to be covered to allow for the theatre stage to be extended.”

The new Blackbox Theatre – Studio C is a performance and conference hall with retractable seating for 200 people.

“Studio C will be a much needed additional facility for the performing arts community providing a flexible and highly configurable venue for a wide variety of genres,” the statement says.

“This space can also be used as an accessible rehearsal venue, as well as a ‘warm up’ area for larger productions and addresses a major concern expressed by existing facility users.”

“This multi-use facility can also be used for conferences and speaking engagements where a more intimate setting is preferred.”

The new extended Public Library is one of the centrepieces in the complex and will include new musical and digital libraries, as well as a significant extension of the children’s section.

Its footprint will remain on the first floor, but it will be increased by approx. 40% by extending into the building’s North wing along the building’s façade towards Convent Ramp.

This will allow for an expanded collection as well as for the inclusion of a new lift access and modern technologies. 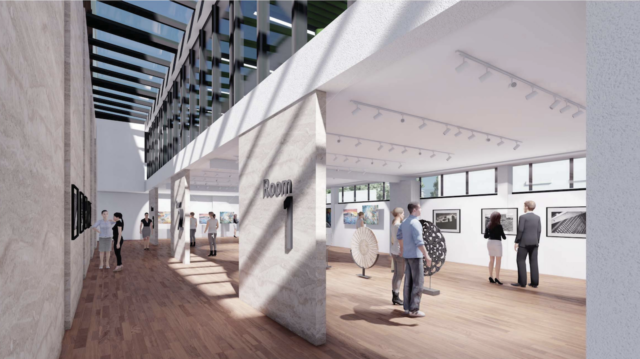 According to the design statement, “the exhibition spaces will be relocated from loosely distributed individual rooms to a centralised dedicated exhibition wing, to be located on the northern verge of the building.”

“Folding acoustic partitioning systems will be introduced to separate the various spaces, and there will be the opportunity to house a single large exhibition, or various smaller exhibitions,” it adds.

“All exhibition, conference and lecture rooms will be designed for adaptability to suit simultaneous major national events, ranging from Town Planning public commissions, to elections and referenda counting nights.”

“The needs of all the affected groups and end-users will be vital in achieving this end.”

The scheme has yet to be discussed by the Development and Planning Commission.

A foundation was set up earlier this year that will fundraise for the project.