Two brothers whose Playmobil pirate ship sailed across the Atlantic are starring in their own book which aims to inspire other children to have adventures.

Ollie, 10, and Harry Ferguson, seven, are working their way through a bucket list of 500 adventures which have included sending Lego figures "into space" and spending the night in a cave.

They made headlines when their toy Playmobil pirate ship reached the Caribbean after it was launched into the Atlantic around 100 miles off the coast of Mauritania.

They have completed 320 of their challenges so far, charting their exploits on the Facebook page The Days Are Just Packed https://www.facebook.com/tdajp/

Now the brothers are featuring in a book titled Ollie and Harry's Marvelous Adventures which describes some of their best adventures and how to recreate them, such as photographing the sea floor, an igloo expedition and a meteorite hunt. 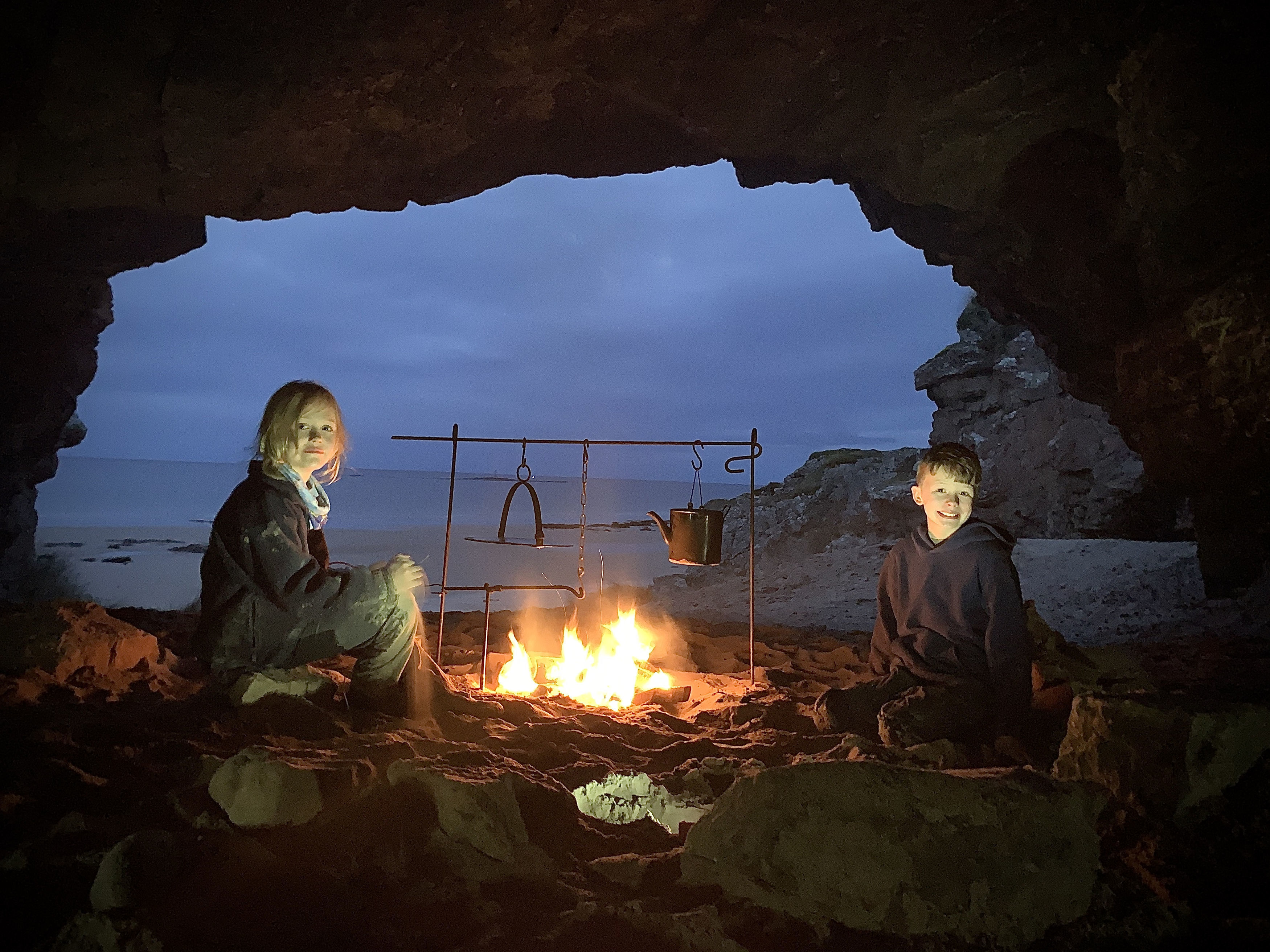 Their father MacNeill Ferguson, 45, said: "The book is kind of like a recipe book, it highlights some of the bigger adventures that we've done and shows other people how to do them.

"It's an inspirational book to encourage people to get out and do adventures with their kids."

He said the boys are "very grounded" about featuring in the book, which has just been published by W.W Norton & Company, and are happy to inspire other children.

Mr Ferguson and his wife Vicki, from Turriff in Aberdeenshire, came up with the bucket list idea to provide the boys with excitement and interesting alternatives to screen time.

He added: "Adventures have just become the norm for us now.

"We still have homework and after school clubs but we keep the time at the weekend as sacred, that's when we try to do our adventures.

"This is their normal now, doing adventures and talking to people about them - they do presentations in local schools. 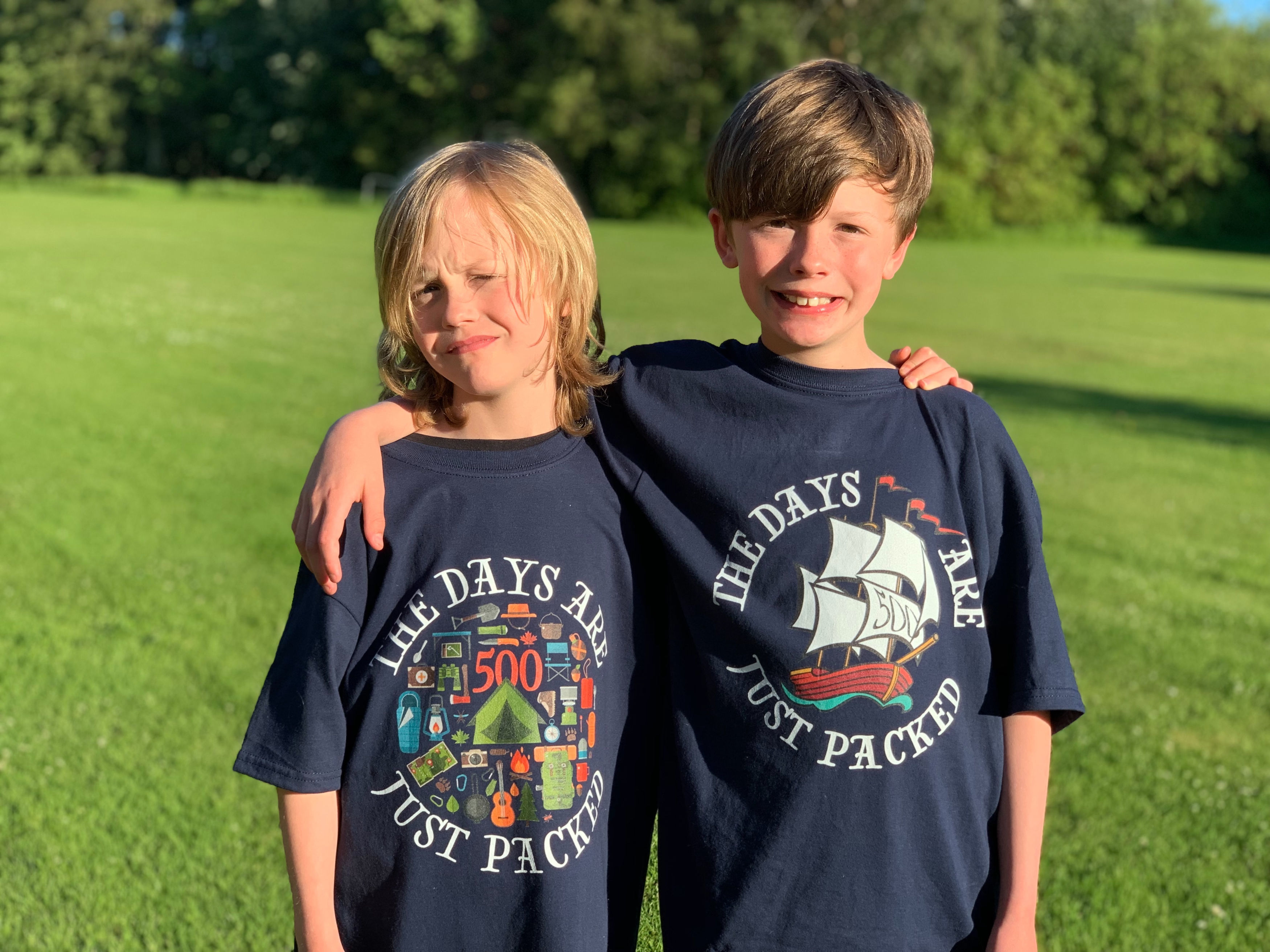 "They are very giving boys, very kind and generous and we are very proud of them."

The boys' Playmobil pirate ship has been recognised by the Guinness Book of Records as Most Travelled Toy Ship after it travelled more than 6,000 kilometres (3,700 miles)

The siblings first launched the ship, called Adventure, from Peterhead, Aberdeenshire in May 2017 and it sailed to Denmark, then on to Sweden and Norway where it was found by nature officials.

It carries a message asking anyone who finds the boat to send them a picture and launch Adventure back into the sea.

The toy was then transported more than 3,000 miles (4,828km) south to the Atlantic by Christian Radich, a Norwegian full-rigged ship, who offered to help it on its journey.

The team on the Christian Radich launched it into the Atlantic between the Canary Islands and Cape Verde in November 2017.

It was fitted with a tracker to pinpoint where it is and was last recorded around 30 miles off Barbados.

The Guinness World Records entry states that the ship travelled 6,072.47 kilometres (3773 miles) and that the record is "for the greatest distance travelled by a 'toy ship', either solo, same owner or with multiple people".