PM reflects on ‘unbreakable bond’ between Gibraltar and UK, united in grief on National Day

Prime Minister Liz Truss has reaffirmed the “unbreakable bond” between Gibraltar and the UK in a National Day message overshadowed by grief following the death of Queen Elizabeth II on Thursday.

In a letter to Chief Minister Fabian Picardo sent on Friday, Ms Truss also reflected on the impact of the monarch’s death on this community as Gibraltar marked 30 years since the first National Day event.

“This year’s Gibraltar National Day will be one of great sadness, as we mourn the passing Her Majesty the Queen,” the Prime Minister wrote.

“Her death is a huge shock to each and every one of us, and I am deeply aware of the people of Gibraltar’s sincere commitment and loyalty to the Crown and to Queen Elizabeth in particular.”

“As friends and family personally mark National Day in Gibraltar, I know that the sense of loss will be particularly profound.” 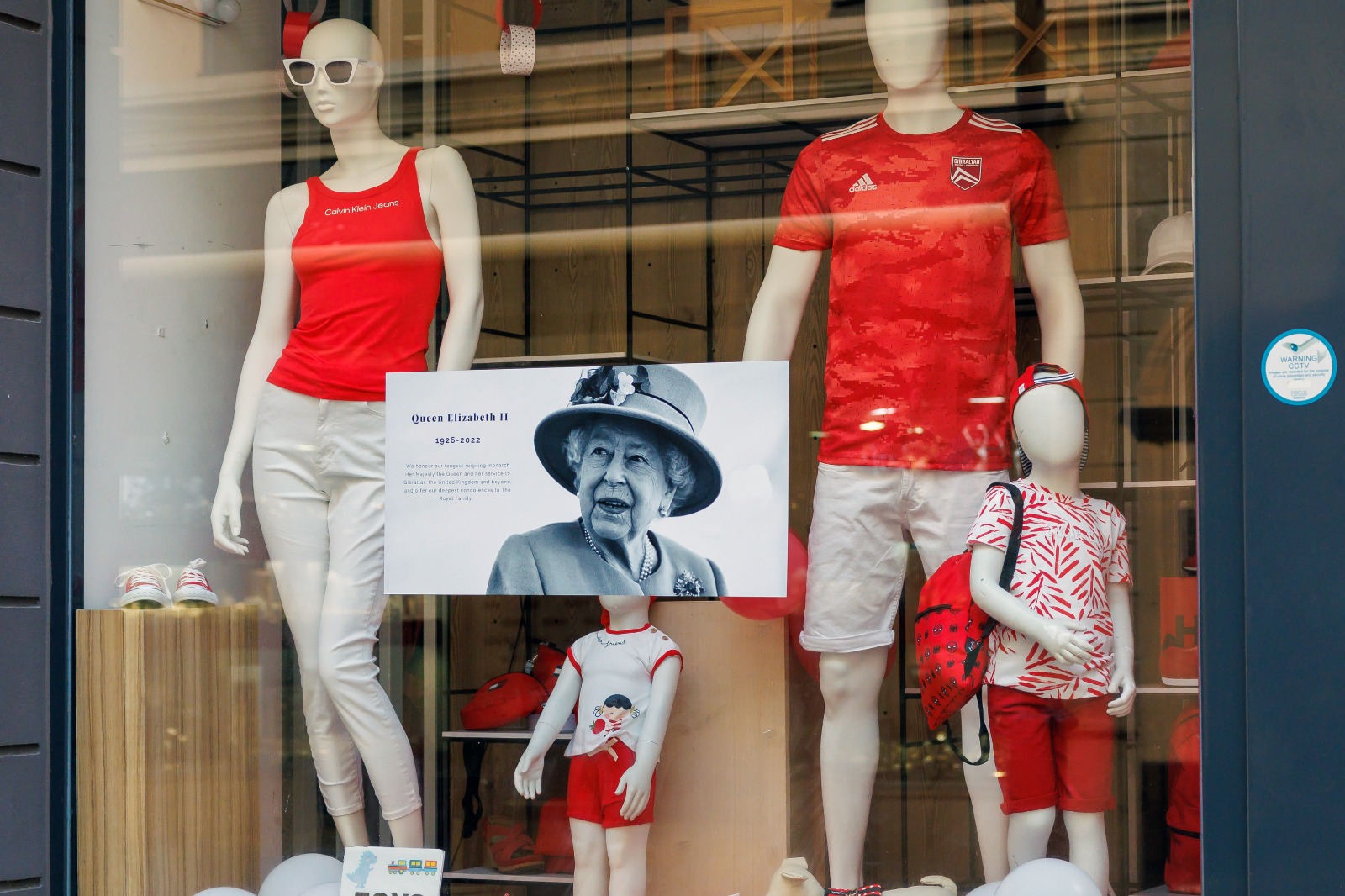 The atmosphere in town was muted early Saturday morning, though many Gibraltarians, following the advice of the Chief Minister in a message on Friday, wore red and white, with a black ribbon.

Groups of families and friends gathered to mark the day, but in town at least, the traditional bustle and festivity of a traditional National Day celebration was replaced with solemn respect.

Liz Truss became the UK’s new prime minister after meeting the Queen at Balmoral on Tuesday, where she was asked to form a government after the resignation of Boris Johnson, and this was her first direct message to Gibraltar.

She sent the letter on the same day she met King Charles III as Prime Minister for the first time.

In her letter to Gibraltar, Ms Truss recalled that National Day commemorates the Gibraltarians’ wish to remain under British sovereignty in the 1967 referendum, and this community’s right to self-determination.

“The importance of that vote, of course, lay in respect for the right of every Gibraltarian to determine their own future,” she wrote in the letter.

“The United Kingdom and Gibraltar are joined by a long history, a history which has entwined our people in the most remarkable, wonderful and enduring way.”

“This bond is unbreakable, and on Gibraltar’s National Day, the people of the United Kingdom join as always with the people of Gibraltar in recognising our common heritage, our family links, our shared ambitions for a peaceful and prosperous future, and this year in our grief our shared loss.”

“Gibraltar is a precious part of the wider UK family within our great Commonwealth.”

“Today, more than ever, we are reminded of our common bonds and I send the heartfelt wishes of the people of the United Kingdom to you all.”

“I wholeheartedly thank Prime Minister Truss on behalf of the Government and people of Gibraltar for her very kind letter,” he said.

“As we mourn the passing of Her Majesty The Queen together, alongside our Commonwealth family of nations, I call on all Gibraltarians to dedicate our thirtieth National Day to the memory of Her Majesty Queen Elizabeth II.”