Police in La Linea arrested a French man who was travelling in a vehicle stuffed with firearms, knives and ammunition, as well as military kit including a bullet-proof vest and an army helmet.

The man was arrested during a routine check near the border as part of the Operación Paso del Estrecho operation, during which Spanish law enforcement agencies tighten controls on roads in the Campo area.

Officers from the Policia Nacional became suspicious after spotting several bulky items in a French-plate car and trailer that were parked near a hotel.

When they looked in the trailer, they found six firearms and a box of ammunition, the Policia Nacional said in a statement.

Some of the weapons were loaded and “ready for use”, the statement added. 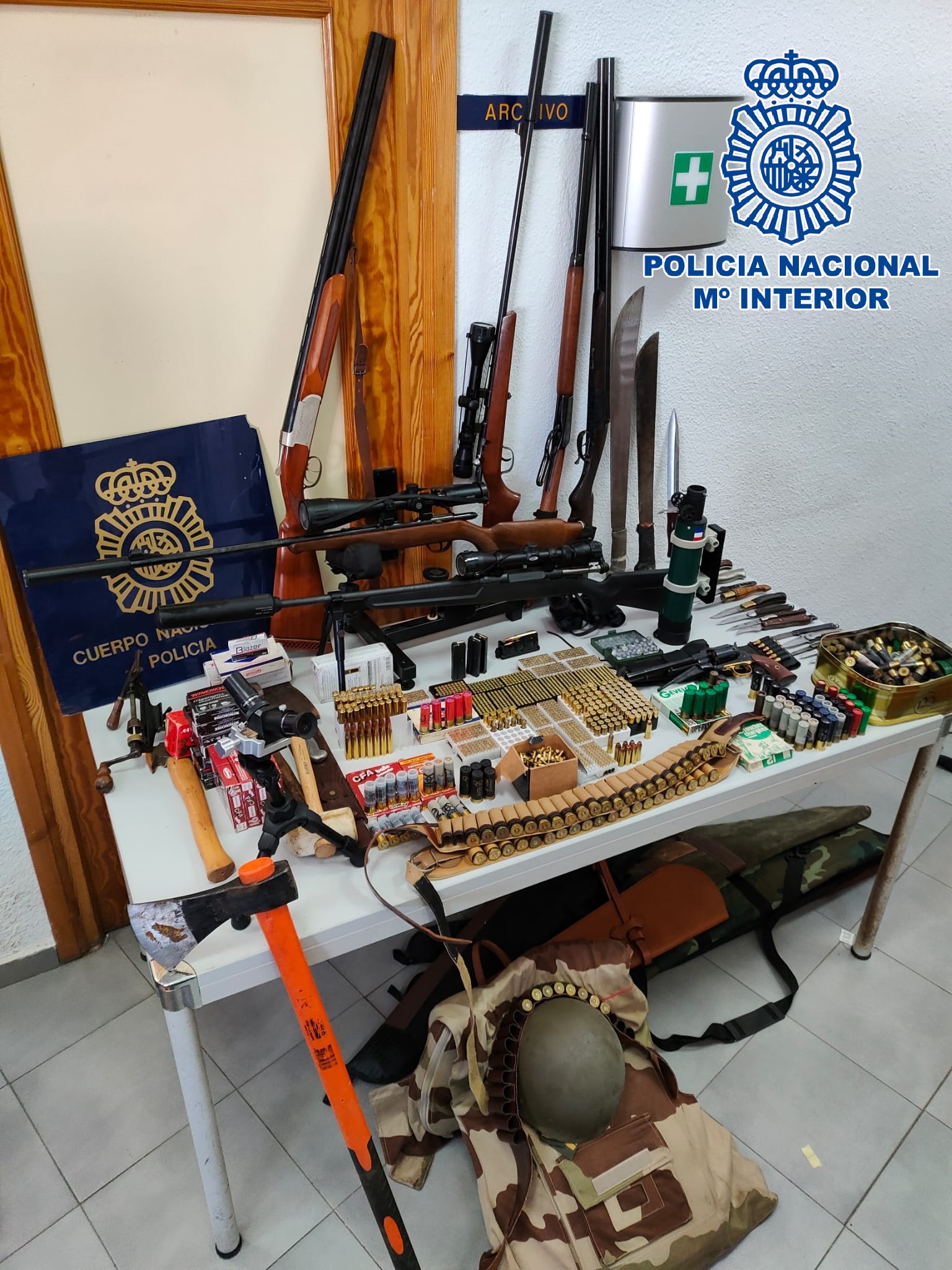 The officers set up a security cordon and the vehicle and trailer were towed to police headquarters in La Linea.

A search uncovered more weapons and over 3,000 rounds of ammunition, as well as military equipment, gunpowder and kit to produce cartridges.

Among the haul were large machetes and axes.

The French national, aged 66, said he had driven into Spain from France and had not declared the firearms, though he said they were all properly licensed and documented in France.

He had no permission to have them in Spain, however, and it was not clear what justification the man gave for carrying the weapons.