Starting as early as the sun allows him to on Saturday December 19, Mr Gaul will make his first climb up the Med Steps, then walk down the roads to their starting point.

He will repeat that route until sundown and do it all again the next day.

“I hope to do it about ten times each day, it depends. I will not be racing up it. I will need to take my time,” he said. 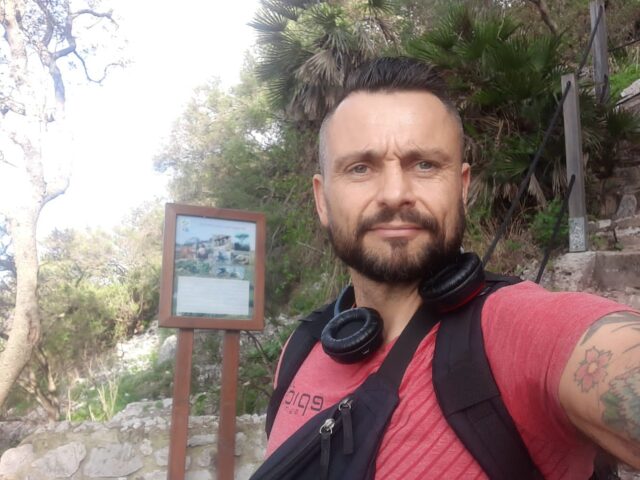 The money raised will be divided equally between Wesley Warwick, a young GDP Officer who has recently suffered a stroke and who will now need a variety of equipment to help him reach his goal of self-sufficiency, and little Grace Beverton, who is the three-year-old daughter of a police officer in the UK.

Grace is one of only 17 people in the world diagnosed with a rare gene mutation which caused her to have multiple life-changing seizures in the early months of her life.

“If a brave, great girl like her can do it, then I can do it,” Mr Gaul said. “She really inspired me."

Not only is Mr Gaul looking for people to donate to the two causes, he is also seeking volunteers to join him on the way up and down.

So far, he has 26 people taking part, including the Commissioner of Police, Richard Ullger.

The event will, of course, be Covid-19 compliant.

“I am looking for one volunteer per hour to join me on the walk up and down, whereby we can maintain a safe distance,” Mr Gaul said.

While he will be prepared and have his meals and drinks with him, should anyone want to bring him a bottle of water or any food, he said he will willingly accept.

To donate go to https://www.justgiving.com/crowdfunding/tony-gaul-3?utm_term=AMDNgQPnG

Mr Gaul has also recently launched his own fitness brand which is available to buy online at www.straitapparel.com/collections/tony-gaul-mbe with a percentage of each sale going to mental health charity The Happiness Foundation in Gibraltar.