Police recruits get a taste of pepper spray during training

New RGP recruits got to grips with the painful effects of Captor Spray during a training session.

As part of their week-long Personal Safety training, the recruits were sprayed with the incapacitant spray to learn about its effects first-hand.

All Response Team officers in the RGP carry the spray, which is used as a non-lethal defensive weapon against violent offenders or those resisting arrest, a spokesman for the RGP said.

“The effects of the spray are an immediate loss of vision, short-term pain and extreme discomfort, symptoms that last between 15-30 minutes,” the spokesman added.

“No permanent damage is caused and no medical treatment is needed.” 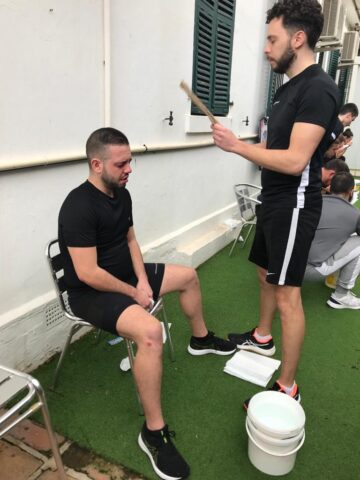 Sergeant Paul Chiara, who organised the exercise, said: “There are two main reasons why we do this.”

“Firstly, so officers understand the effects of Captor Spray and they can practice the relevant after care on persons that have been exposed to it.”

“Even if someone has assaulted a police officer and has been sprayed, we have a duty of care to our suspects and we have to be able to control them if they have been incapacitated – as it is painful.”

“The other reason is to experience how bad the pain is, as you always run the risk of getting exposed by mistake while on duty.”

“This way the officers get to feel what the effects will be like in case they are accidentally sprayed, so that they don’t start panicking and they know how to take care of themselves whilst other officers can take care of the suspects.”

Captor Spray is similar to pepper spray and is dispensed from a handheld canister in a liquid stream.

It has been used by RGP officers since late 2016 and is used by most police forces in the UK. 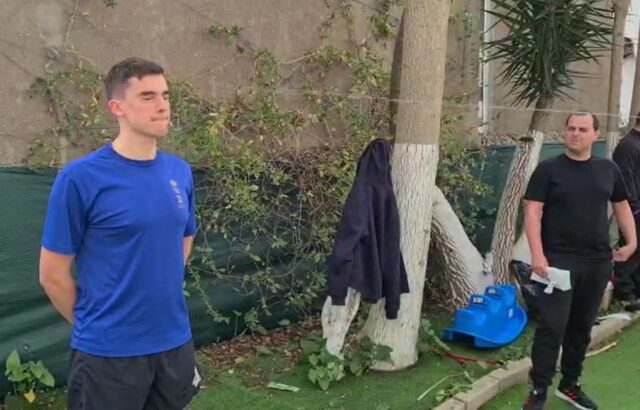 “It was the worst pain I’ve ever felt, my face is on fire,” new recruit PC Lydia Ouadrassi said.

Asked why she volunteered to take part in the exercise, she replied: “When I spray someone, I want to know the pain they are going through.”

The 20 officers are now in their fourth week of the Training School and are due to start in June.