A trial was conducted on Monday to test new port infrastructure to accommodate a ferry that will run from Algeciras to Gibraltar carrying perishable goods in the event of a ‘no deal’ Brexit.
The test showed that a 40-foot articulated lorry and cab can safely drive on and off the ferry, using a new roll on-roll off ramp built adjacent to the Western Arm inside the port. 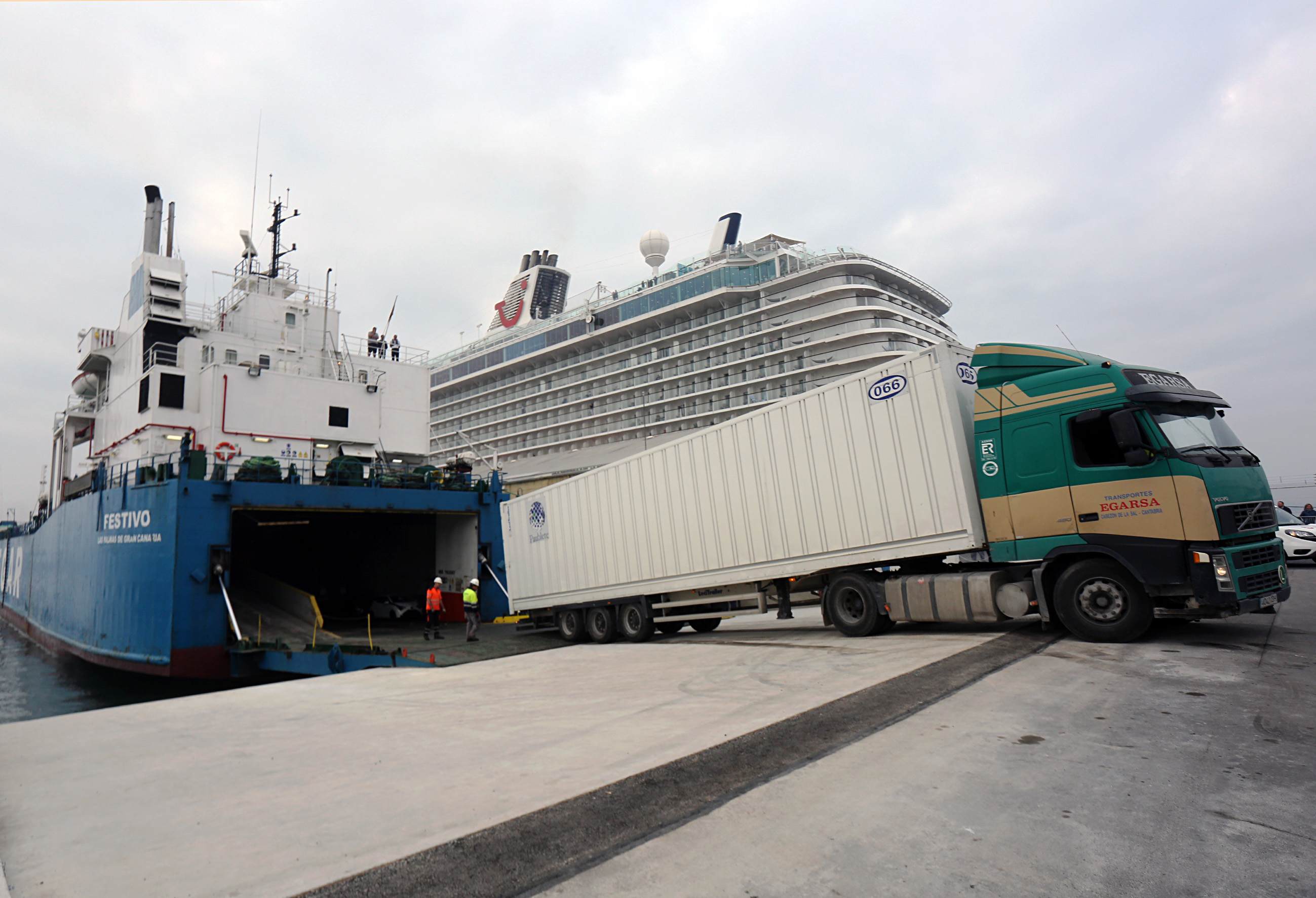 In the event of a hard Brexit, this ferry will be used to bring goods from Algeciras once they have passed through the Border Inspection Post [BIP].
This BIP will inspect all perishable goods which are destined for Gibraltar but originated in a ‘Third Country’, such as UK after withdrawal.
Perishable goods originating inside the EU do not need to be checked in a BIP before export to Gibraltar. 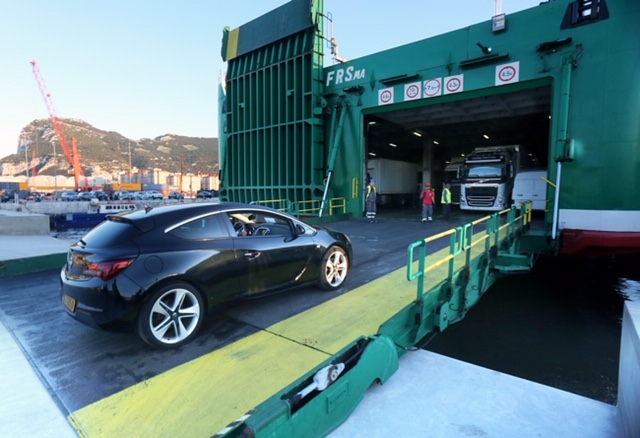 The ramp was also used last Friday by the Tangier ferry to load and unload cars and small vehicles, demonstrating the flexibility of the new facility.
“The European Union has today agreed a further extension for the UK’s departure from the European Union until the 31 January, or earlier if the Withdrawal Agreement is ratified,” said Deputy Chief Minister Dr Joseph Garcia.
“It is nonetheless reassuring to know that the contingency plans put in place in respect of the vehicular ramp have worked both with the ferry from Algeciras and the ferry from Tangier.”
“This will improve Gibraltar’s resilience going forward whatever happens.”