Rainbow colours filled Casemates on Saturday as Gibraltar marked its first-ever full-scale Pride event, with members of the LGBTQ+ community and people from across the Rock celebrating the occasion.

The event was marked by entertainment, speeches, stalls, competitions and music throughout the day, underscoring the Pride message of equality, inclusion and acceptance. 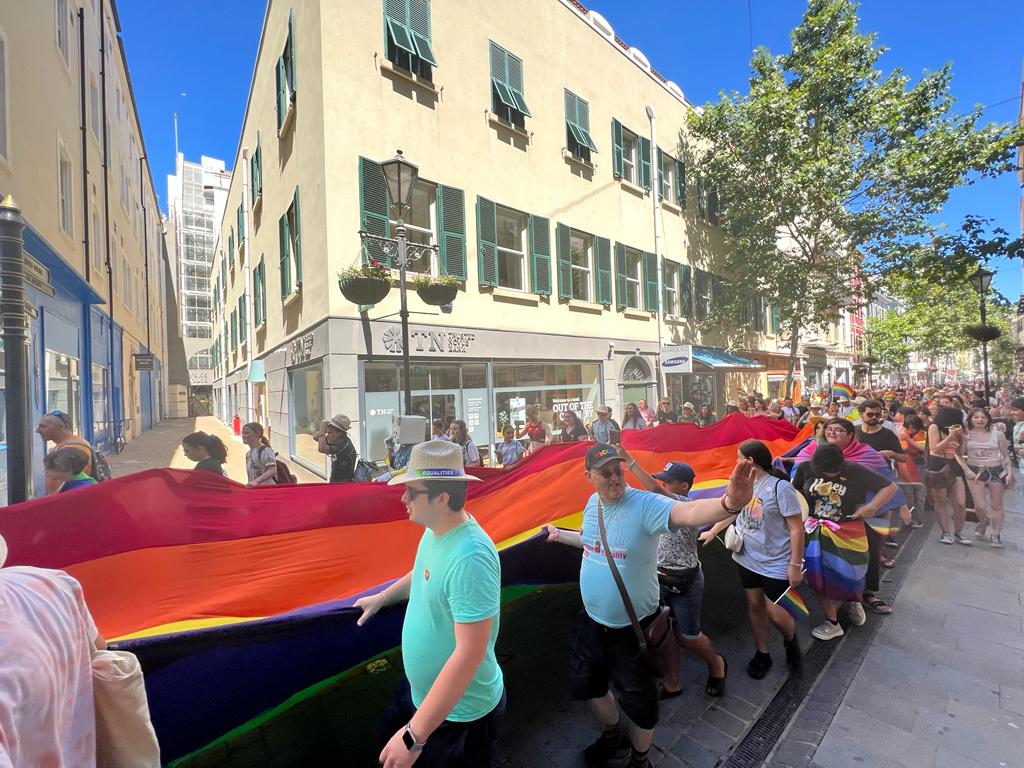 Chief Minister Fabian Picardo was the first of many speakers to address those in attendance and said: “Thank you for your patience as Gibraltar caught up with the rest of the world.”

“Thank you for your partnership as we’ve worked together to ensure that all LGBTQ+ rights are respected in Gibraltar.”

“Thank you for understanding that even as we try to ensure that we do the right thing, we had to do things sometimes a little slower than we would want.”

“We’ve been delayed in the past few years, and we don’t always get things right.” 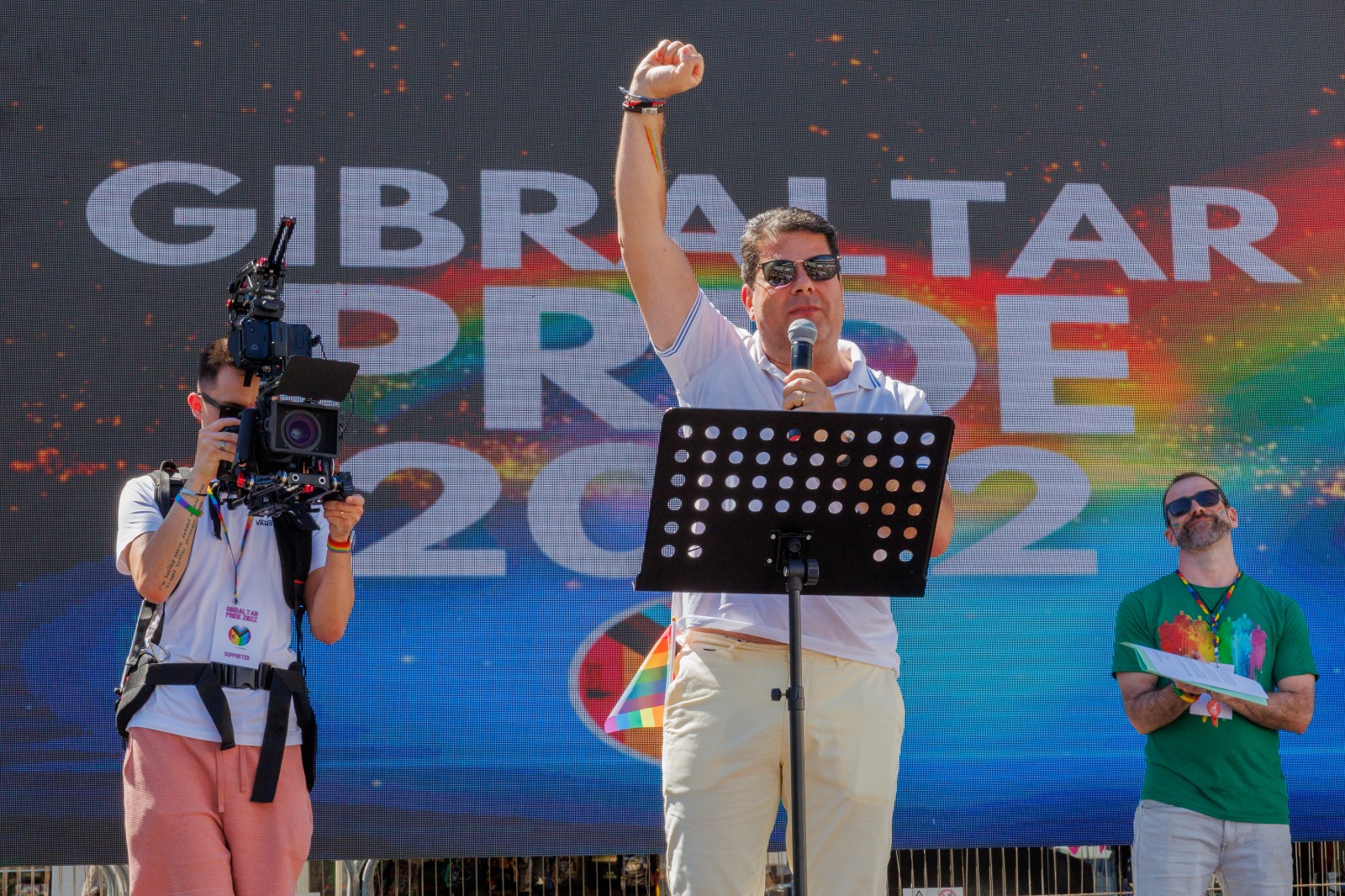 “But we carry on talking, we carry on working together and we make sure that we will get to the place that we need to get because our hearts are rainbow hearts,” Mr Picardo added.

“As we progress, some parts of the world are going backwards.”

“On issues relating to equal rights, Gibraltar has no reverse gear, it’s only forward.” 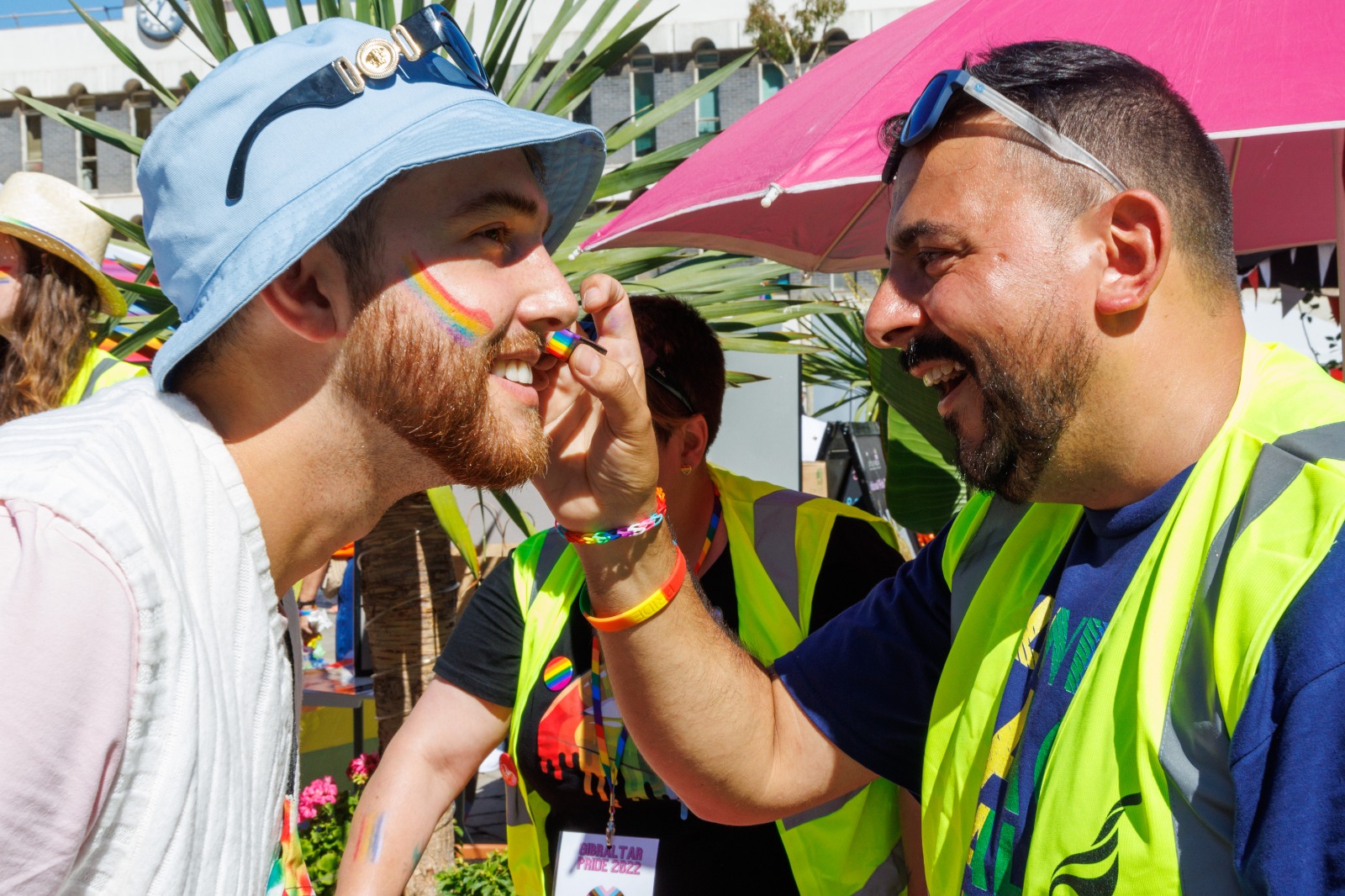 Mr Picardo added that even when he is no longer in office, he will be a stalwart ally of the LGBTQ+ community.

“Whoever tries to engage reverse gear has to go through us and me before they get to you,” he said.

Speaking on behalf of the Governor, Vice Admiral Sir David Steel, who was unable to attend, John Peace, a member of the organising LGBTQ+ Committee, read a message and addressed the crowds.

“Gibraltar, like the United Kingdom, embraces diversity, tolerance and understanding,” he said, reading the message. 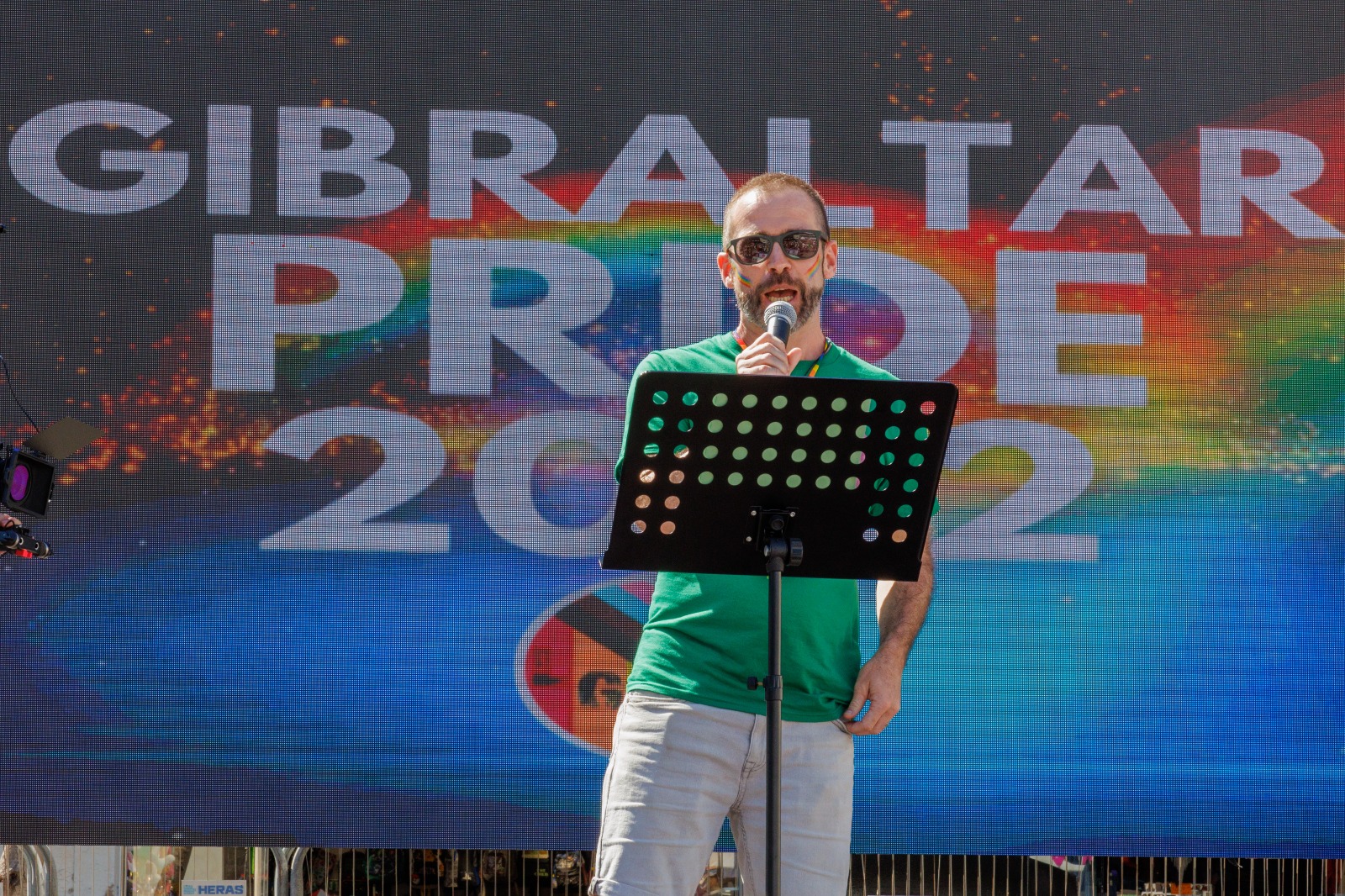 “We are a people of who together have succeeded in the world much because we recognise and capitalise upon individuality, thereby enhancing the benefits to society generally.”

“Individuals can be themselves, to love, to pray, to socialise and to manage their lives as they choose.” 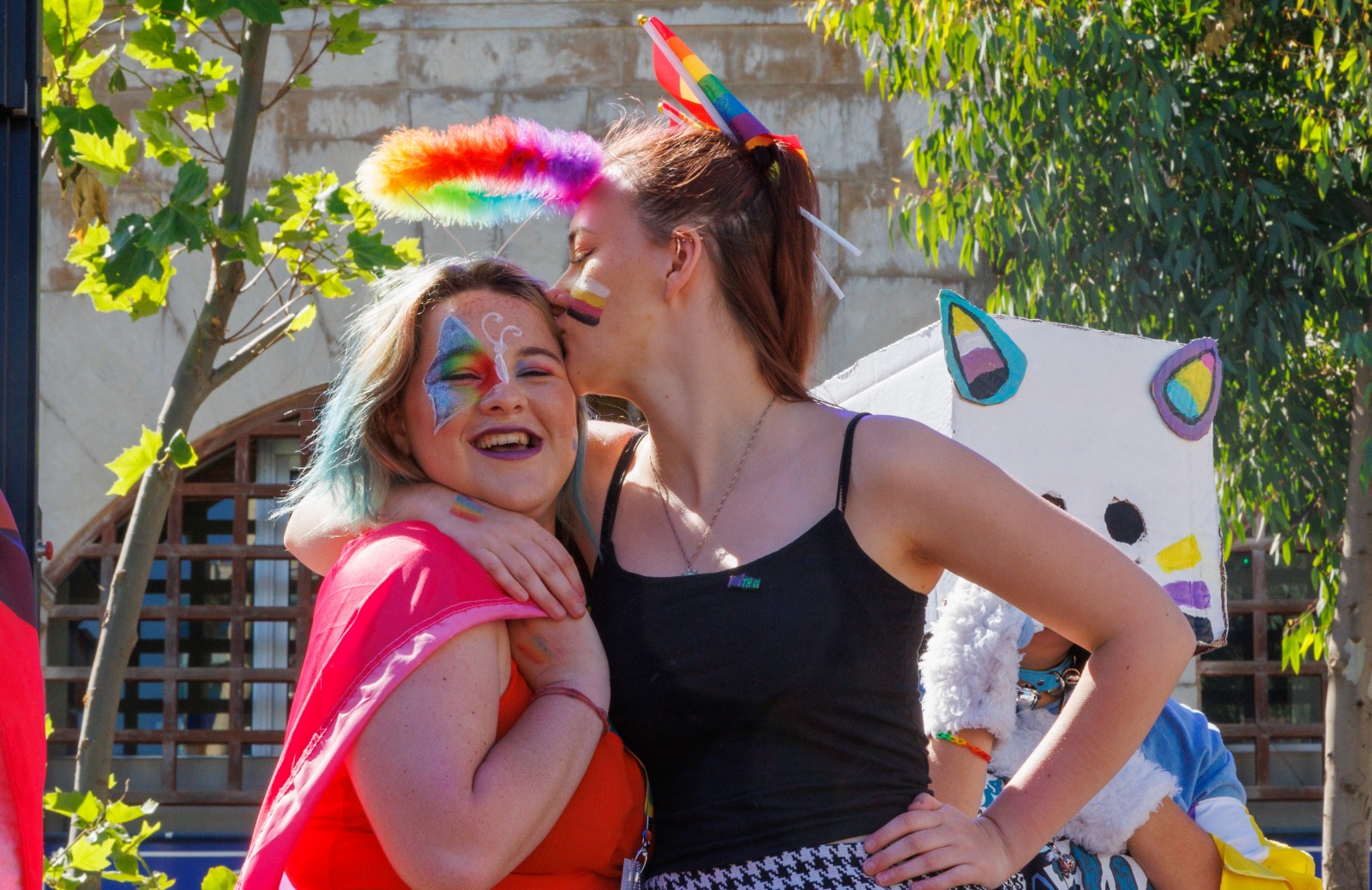 The Mayor of Gibraltar, Christian Santos, spoke of the importance of holding such events on the Rock.

“Here in Gibraltar we are lucky, a lot has changed in the last 10 years with regards to policy and law,” he said. 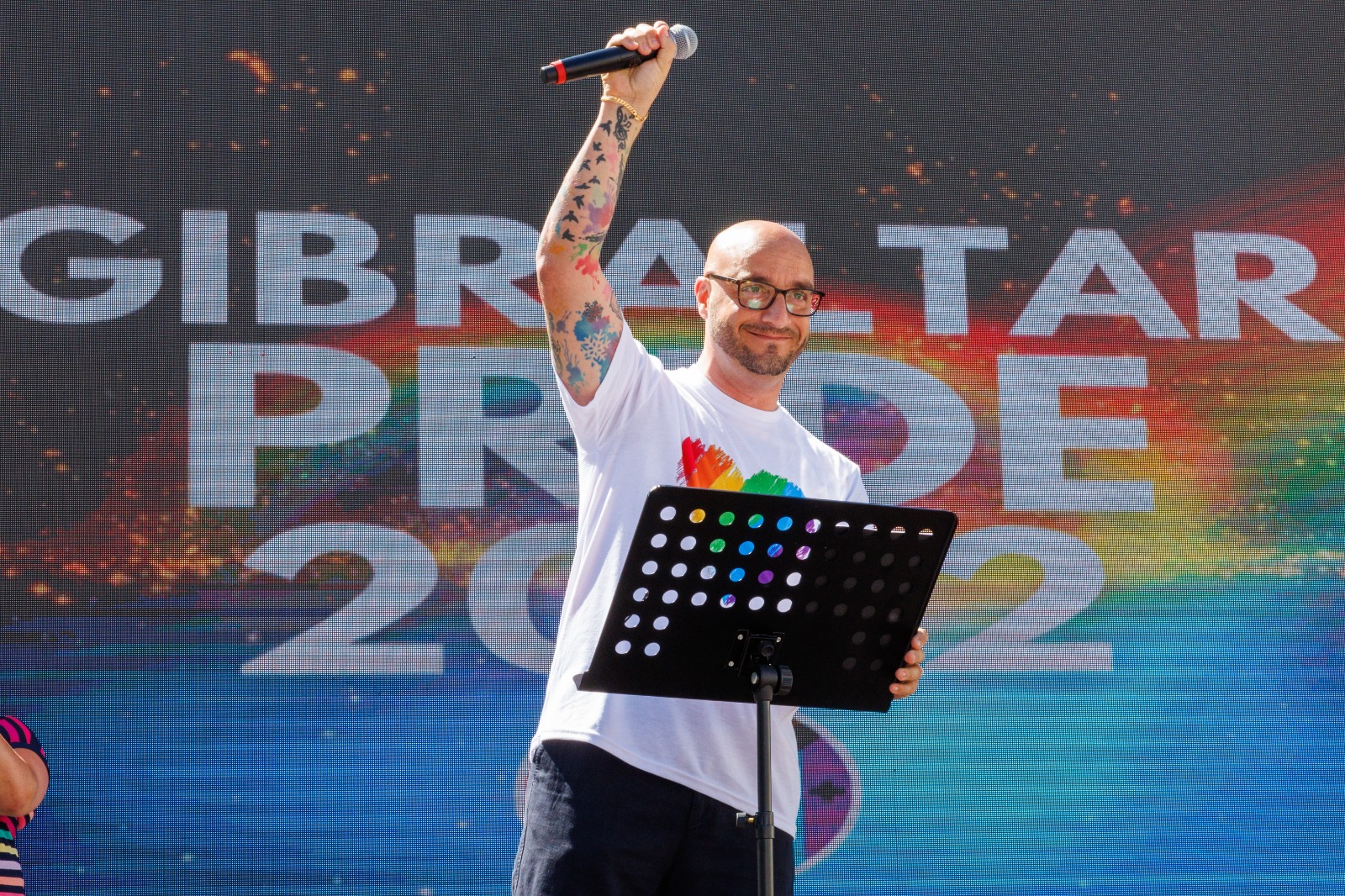 Mr Santos said that although members of the LGBTQ+ community have equal rights legally, “socially there is still work to be done.”

“We still face people’s negative opinions, or bullying, because of our sexual or gender identity. This is a small minority, but it still exists,” Mr Santos said.

“What we strive for is not to be tolerated, it’s to be accepted.” 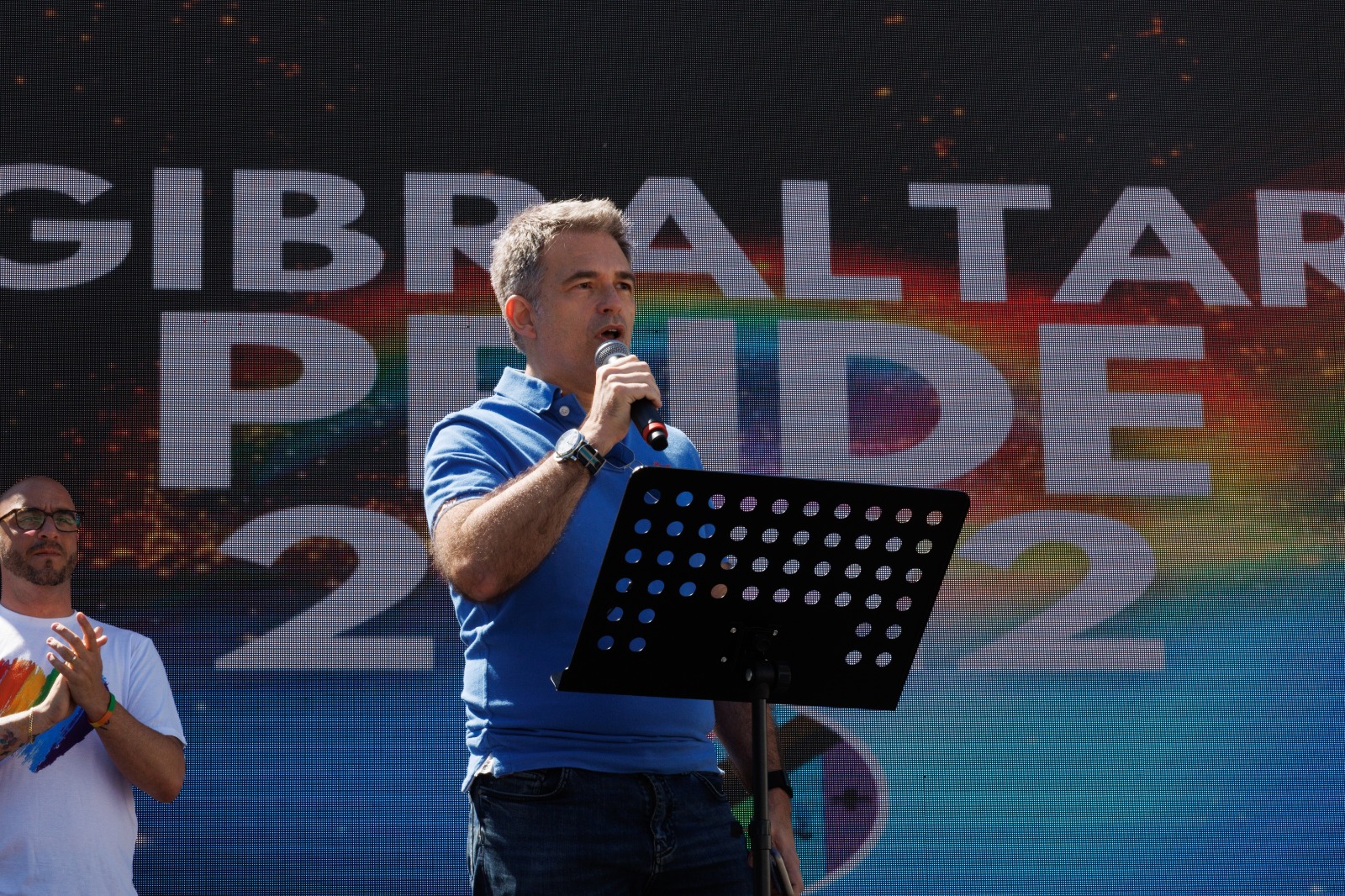 Leader of the Opposition, Keith Azopardi said he was “very proud” to be speaking at the event.

“We mark a wider civic event, one that understands precisely the progress that we have made since those days in the past,” he said. 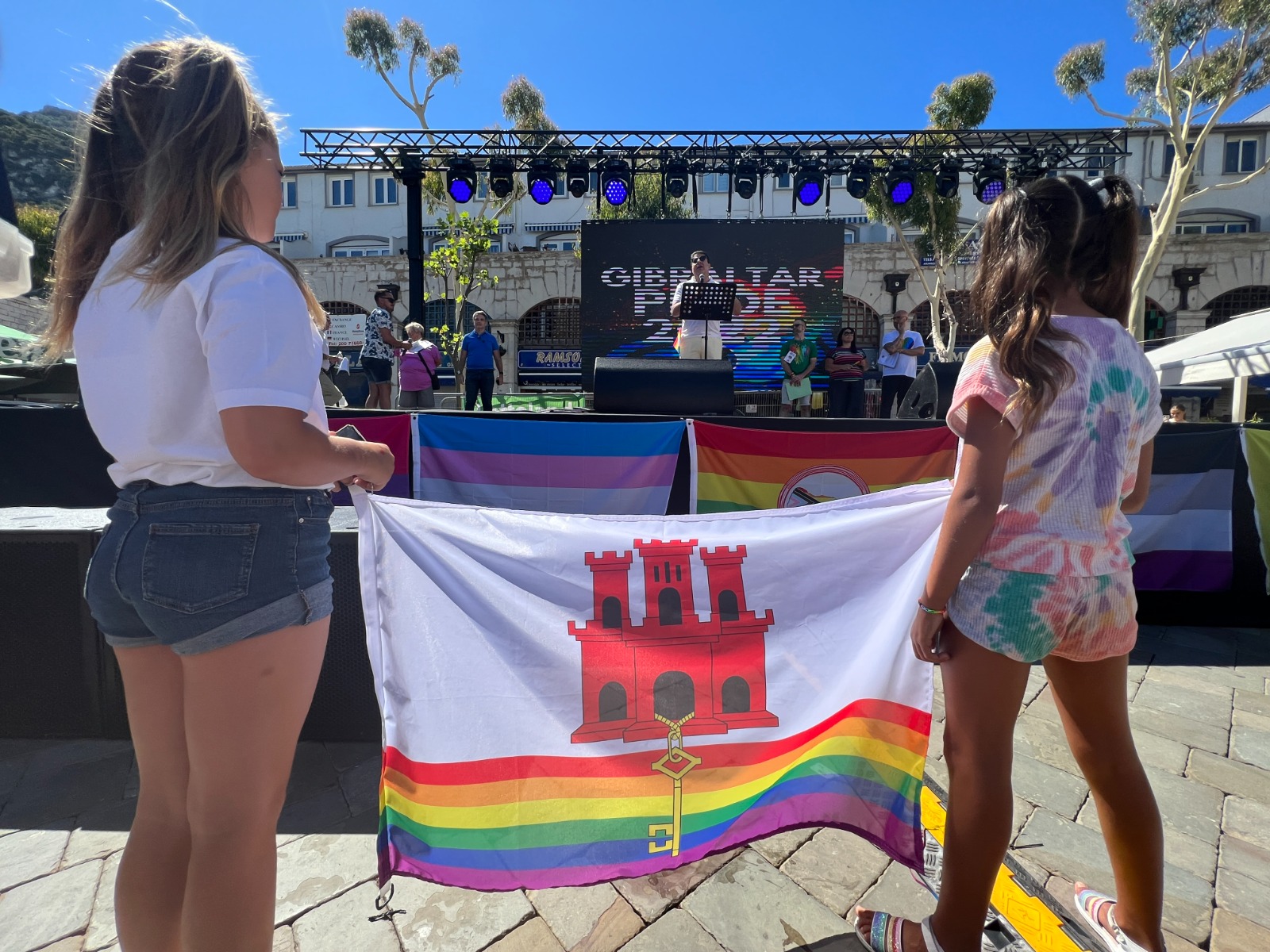 “Stonewall was only a few decades ago and yet there has been so much progress.”

“We reaffirm our commitment as this society in Gibraltar, part of the wider global society, we reaffirm out commitment to the progress, to the diverse and cosmopolitan society that we are and that will never change.”

“As far as I am concerned, while I remain leader of the GSD it will be clear; equality will be at the heart of our program and our commitment to a diverse society will remain,” he added. 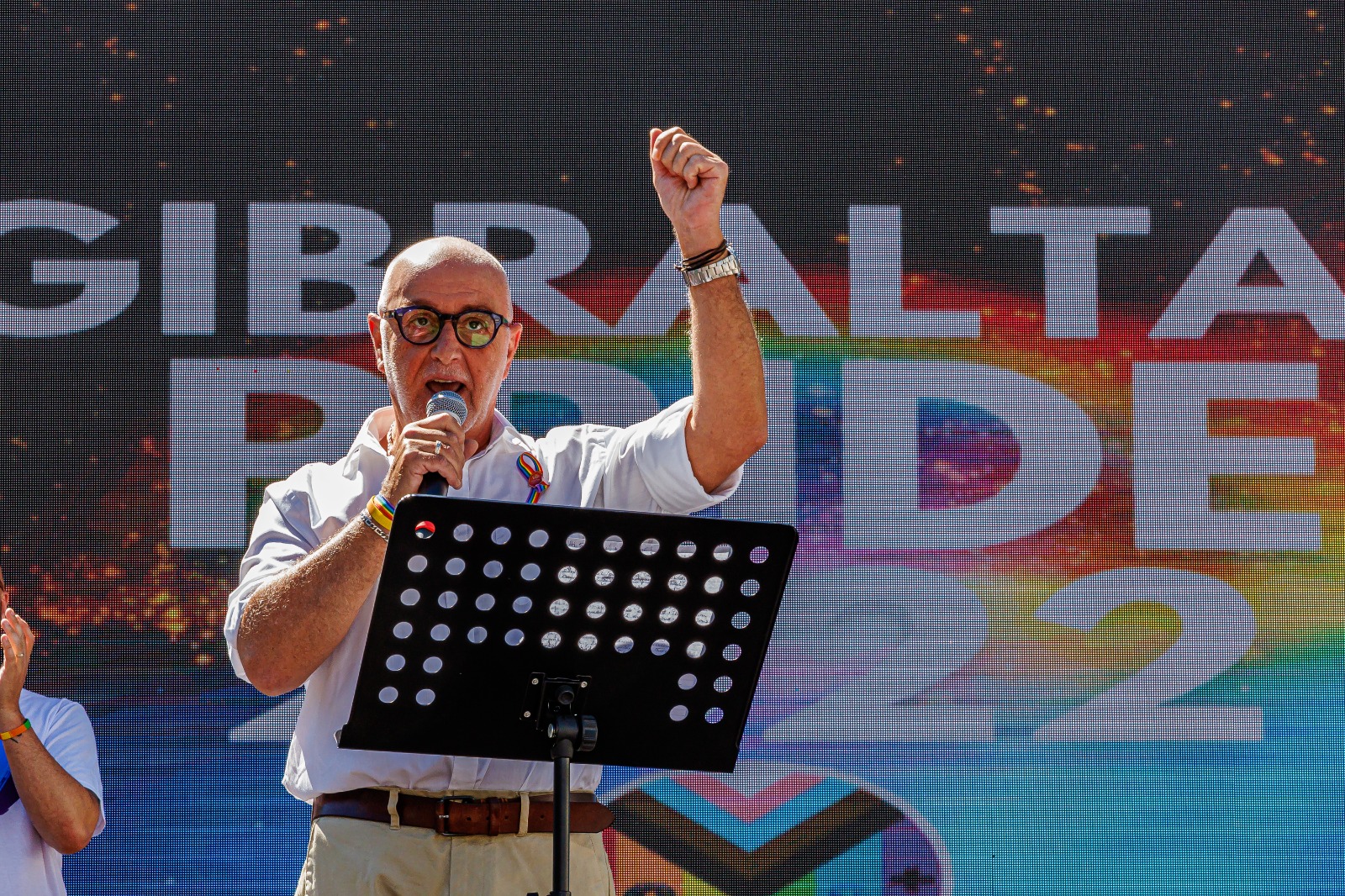 He said that the Pride event highlighted “the celebration of our liberation after many years, generations, and centuries of hate, discrimination, and mockery.”

“It is also a reminder that as I speak here today, in many countries around the world, including within the Commonwealth, we are still hounded, ridiculed, persecuted, imprisoned, lashed, stoned thrown off buildings and even executed for simply being who we are,” Mr Wood said.

“We all deserve the same empathy, acceptance and respect.” 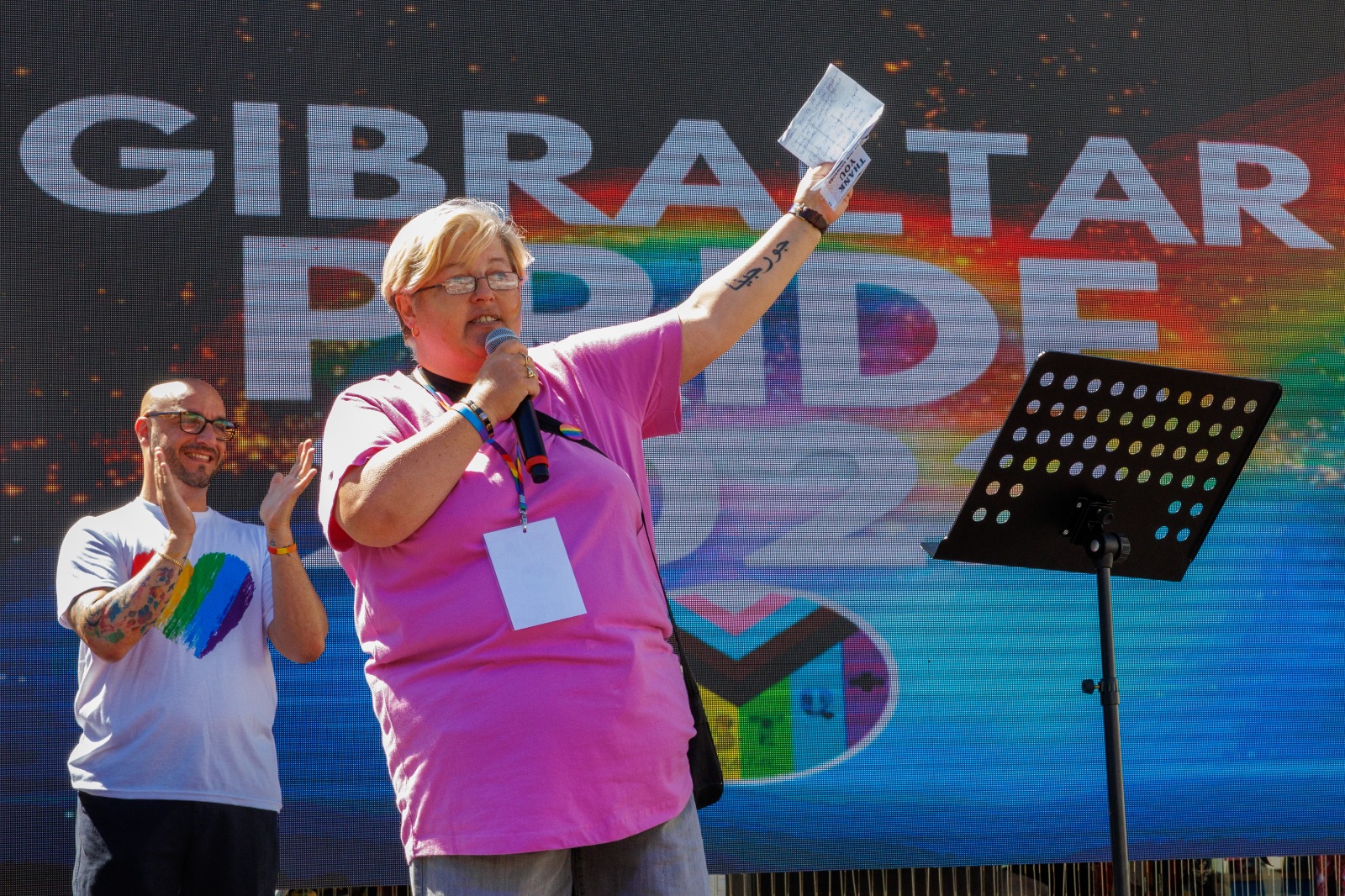 The chairperson of the LGBTQ+ committee, Lorraine Olivera, said the “long time coming” event was “beyond what we thought we would be able to do in such a short space of time.”

She said Pride is about a “reasonable and justifiable feeling of being worthwhile”, and not about “them and us, it is us.”

“No one chooses to be LGBQ+, it’s not a choice, you shouldn’t be discriminated against because of how you were born and who you are, and you should never be ashamed of it either,” she added. 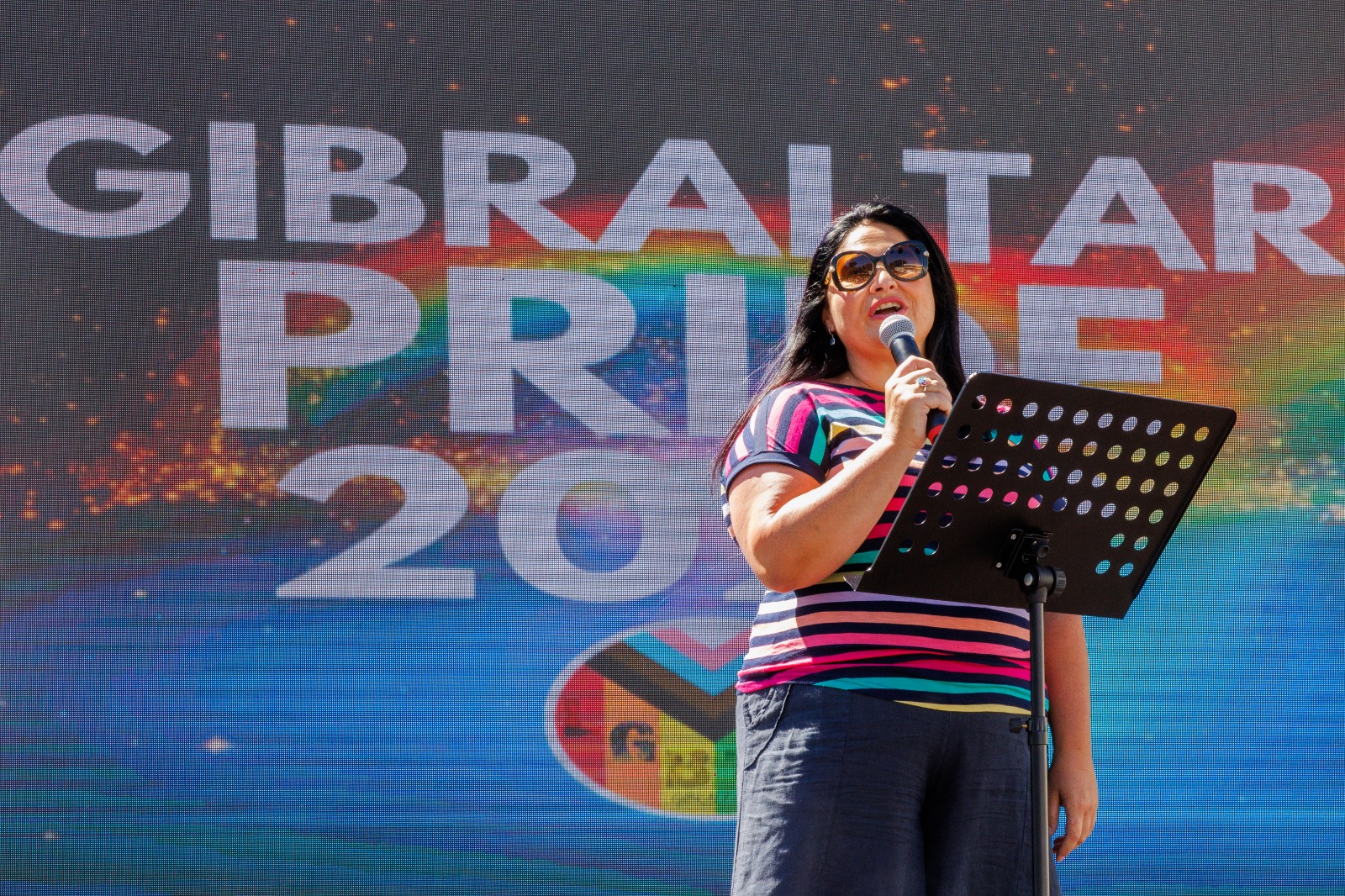 Minister for equality, Samantha Sacramento concluded the speeches as the crowd were almost ready to go on the Pride march through town.

“It is absolutely brilliant to see Gibraltar awash with the rainbow flags and rainbow colours,” she said.

“Everybody who is LGBTQ+ is a Gibraltarian first and foremost and we are here to ensure that everyone is always included, the rainbow flag represents diversity, and it represents harmony.” 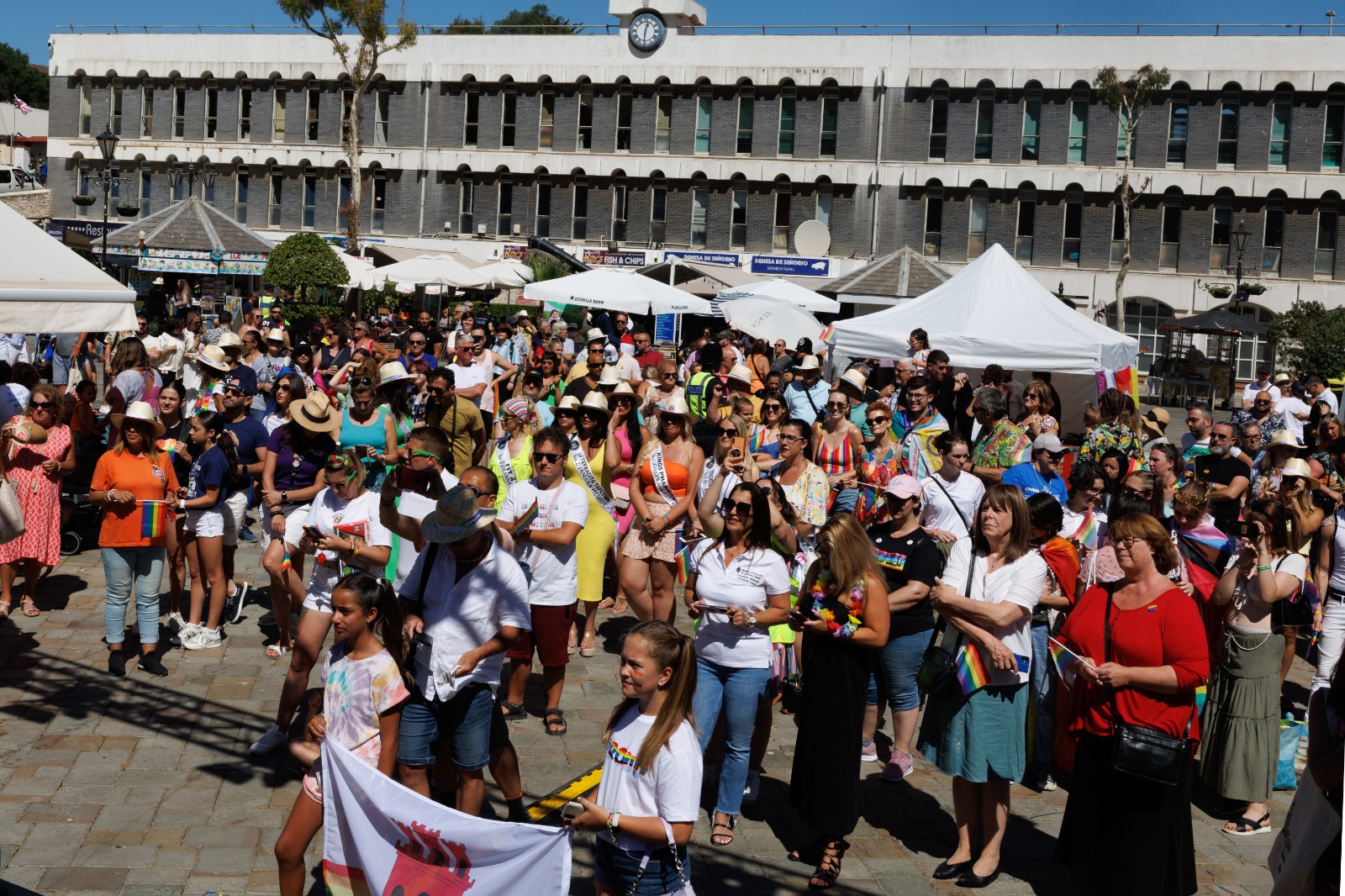 Ms Sacramento said that “this visual representation” is vital towards being an inclusive and accepting society.

She added that striving to where society needs to be is something that “we all have to do, together at all times”.

After the rally in Casemates, the participants marched up Main Street carrying a large rainbow banner, a visual and colourful reminder of the struggle for equality and acceptance.

The event continued into the evening with music and entertainment in a day of celebration. 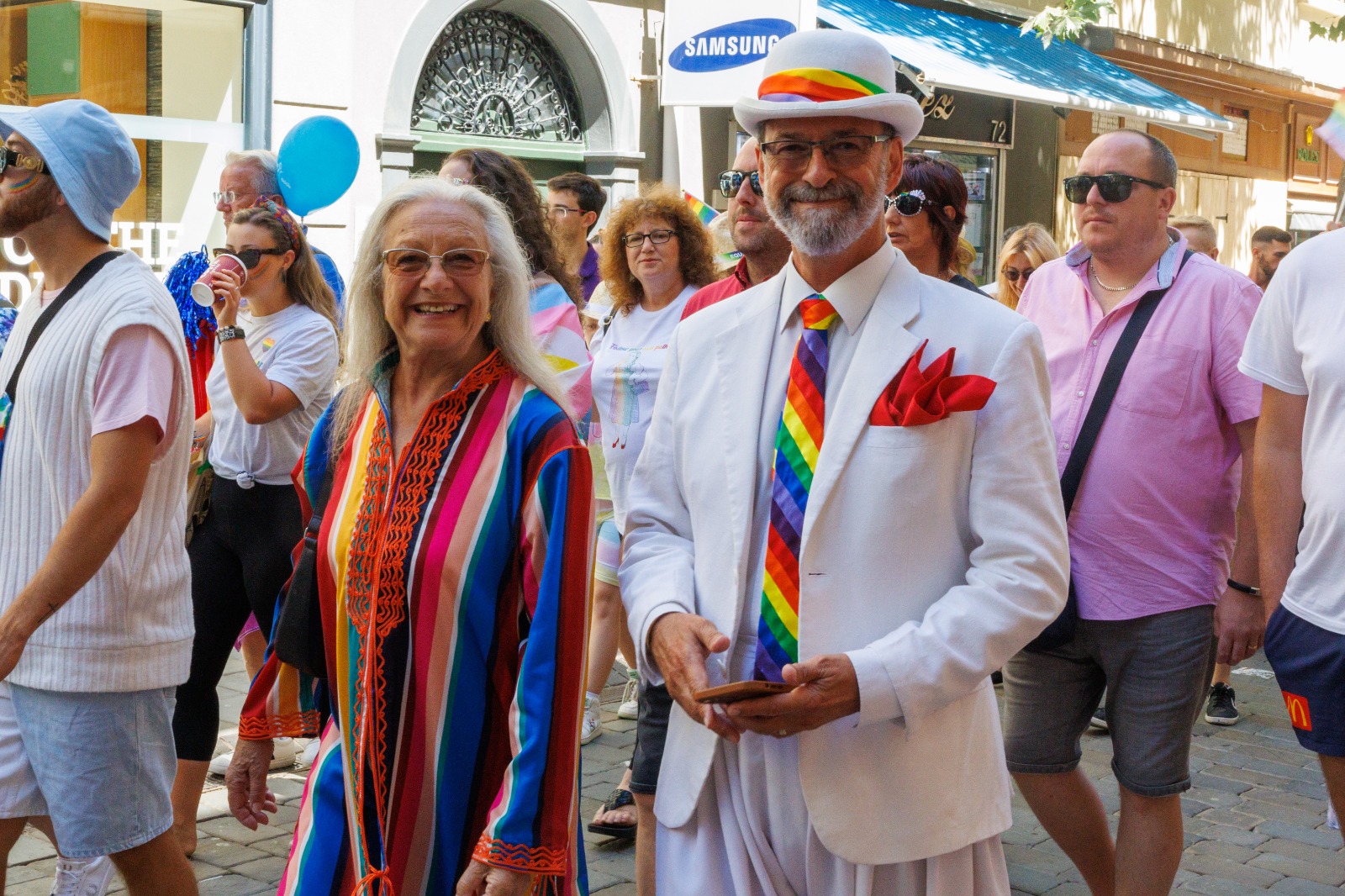