Prior Park was the winner of an Online Britannica Quiz delivered by author Christopher Lloyd to all the schools in Gibraltar with student Grace Pedder, 14, winning £1,000.

“I am very happy and I did not expect to win as there was so many people doing it,” said Miss Pedder.

She admitted that some of the questions were really hard but she took it in her stride.

“I entered because I like geography and I knew there was a prize, so I thought why not?” she said.

She will spend her money on a double base pedal for her drum kit. Looking through the Britannia book she noted that her favourite topic was on space and she enjoyed some of the fun facts in that chapter.

Miss Wilson’s favourite subjects are maths and chemistry, and it was the element of having a challenge and a money prize as to why she entered the competition.

Miss Quach won the life round in the first element of the quiz and won it once more in the second element and came third in the finale.

“I got an email from a teacher asking do I want to take part in this quiz and I really didn’t give an answer but I just found myself going to the lunchroom where the quiz was being held one day,” she said.

Miss Kou admitted that there wasn’t one element in particular that she found challenging but acknowledged that some of the questions were really hard.

She would enter the competition again as she found it fun and encourages anyone else to do so.

Miss Cuevas won the preliminary round and said that feel great as she had not expected to win it.

“To do the last round you had to do one of the first rounds and I won the near last round so I did not expect to go to the finals,” she said.

At the finals she admits she was nervous and could not think properly, but focused in the end.

Geography teacher Kieran Doherty said he was really proud of the students.

“I think to have entered the competition is one step bu

t they have obviously done incredibly well and to have students placed one, two and three they are over the moon and we are really happy for them,” he said.

The school ran the quiz as a house competition with 30 students from the four houses in the school.

The school gets £750 and the students will be asked what do they think the money will be spend on but Mr Doherty believes it will be books and other areas where it might be needed such as buying chess boards for the chess club.

“The students benefitting directly is something we are keen that happens,” he said.

Mr Doherty also added that the quiz was a great way of bringing together all the schools in Gibraltar and that it also helped unite the students in his school after Covid-19 and the lockdowns. 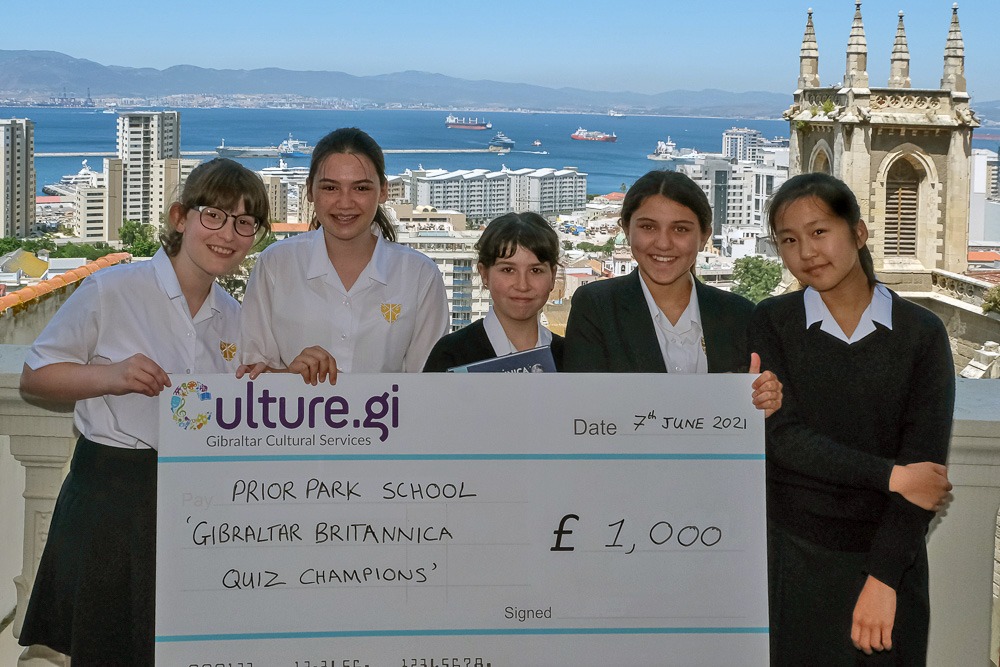