Queen and senior royals gather together in moving remembrance of Philip

The Queen has rallied to join close family, friends, foreign royals and hundreds of charity workers in remembrance of her beloved husband the Duke of Edinburgh at a poignant memorial service.

Front and centre of the high profile occasion was the Duke of York, despite Andrew paying millions out of court earlier this month to settle a civil sexual assault case.

Andrew, in his first public appearance since the settlement to his accuser Virginia Giuffre, escorted his mother into Westminster Abbey. 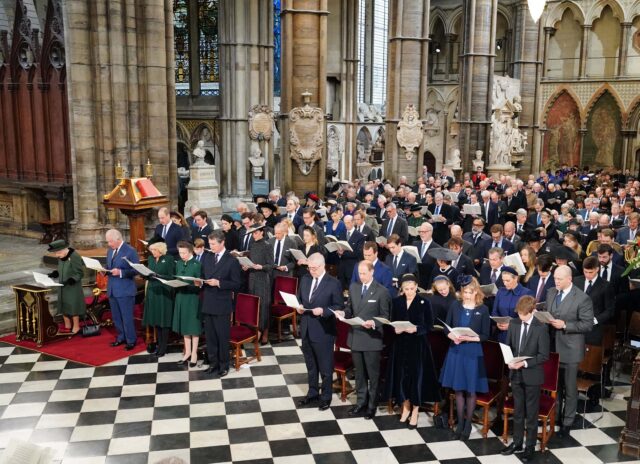 The monarch held onto Andrew’s elbow with her left hand as she moved slowly and gingerly to her place, using a walking stick in her right hand.

They entered via Poets Corner – a shorter route for the Queen’s comfort – in a small procession.

The monarch’s state limousine had arrived at Poets’ Yard entrance with Andrew sat beside her after they travelled from Windsor together.

Inside the abbey, they walked at a slow but steady pace, both looking ahead, and at the end of the aisle they separated – with Andrew giving a last glance to his mother as she turned right. 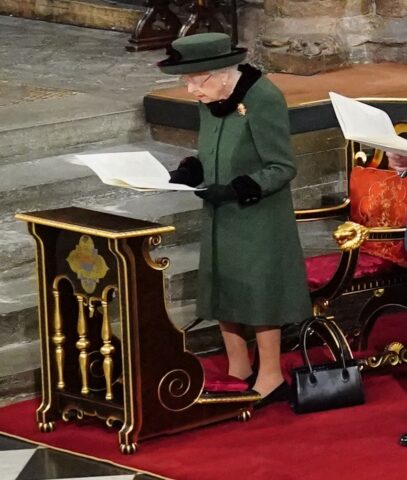 As the service began, the Prince of Wales leaned over to the Queen and spoke to her briefly.

The Queen delved into her black Launer handbag for her glasses.

Andrew, who stepped down from public life over his friendship with convicted paedophile Jeffrey Epstein, had a front row seat, sitting next to his brother the Earl of Wessex and across the aisle from his other siblings.

Among those attending were Charles, the Duchess of Cornwall, the Duke and Duchess of Cambridge, the Countess of Wessex, the Princess Royal, Princess Beatrice and Princess Eugenie.

Prince George and Princess Charlotte were also present in honour of their great-grandfather – the first time they have attended a major public church service. 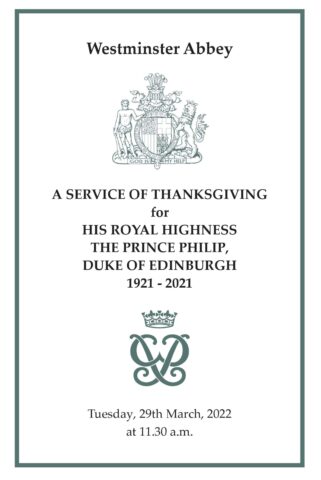 Some 1,800 people packed the gothic church – in marked contrast to Philip’s funeral where only 30 were permitted to attend amid Covid restrictions, with the Queen sat alone, masked in mourning.

The monarch, 95, had been determined to make the appearance at the deeply personal and significant occasion on Tuesday in honour of her “strength and stay” Philip – with her attendance only confirmed the same morning.

Tuesday’s service is the Queen’s first major official engagement outside one of her homes for nearly six months, since she travelled to Cardiff to deliver a speech at the Welsh Senedd on October 14.