The fragile equipment was flown to the Upper Rock by experienced aircrew from 28 Squadron, RAF Odiham.

The air operation was in support of Programme Marshall, UK Ministry of Defence’s (MOD) programme to upgrade and support air traffic management capability across 65 units in the UK and around the globe. 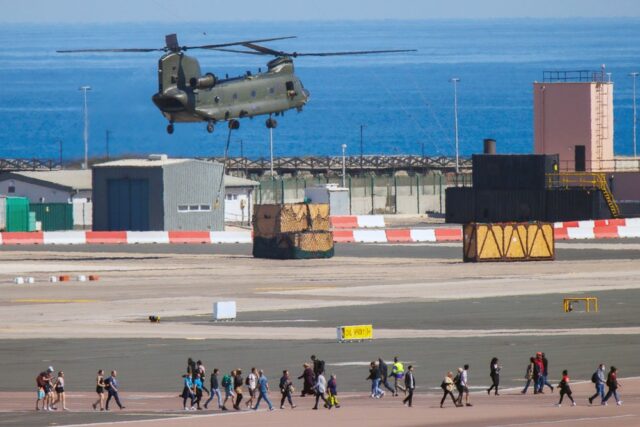 RAF Gibraltar’s Air Traffic infrastructure at Rock Gun is set to benefit from this investment, with an enhanced air traffic picture and improved system monitoring and remote management.

The four underslung loads that the Chinook delivered were components of the new STAR-NG Radar, including radar units and drive mechanism.

Also flown to the top of the Rock was a new navigational beacon.

“I am genuinely delighted at the manner in which this difficult task has been achieved,” RAF Gibraltar’s Station Commander, Wing Commander Nel Doherty, said.

“As always, The Rock poses its own set of unique challenges, which makes a like-for-like replacement trickier than normal.”

“However, a talented and very broad team have ensured that all safety considerations were in hand, and that disruption to the people of Gibraltar was minimised.”

“I’d like to thank them for their patience. We expect that today’s activity will be remembered by many for quite some years to come.” 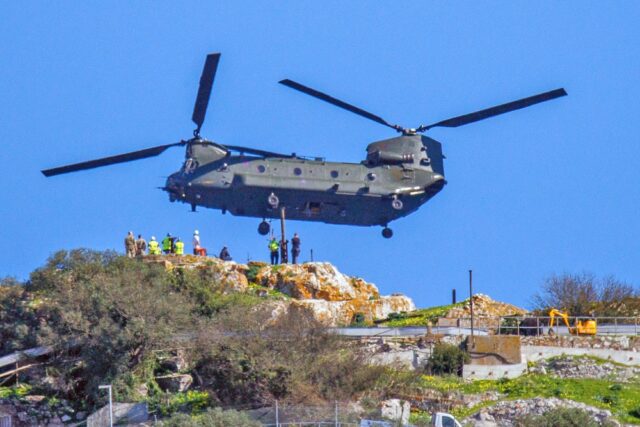 It is hoped that the radar will be operational in September 2022 after a period of verification and testing and controllers will continue to use the Watchman radar until then.

The Squadron operates the Chinook helicopter, an extremely capable and highly versatile support helicopter. It can carry up to 55 troops or up to 10 tonnes of mixed cargo. 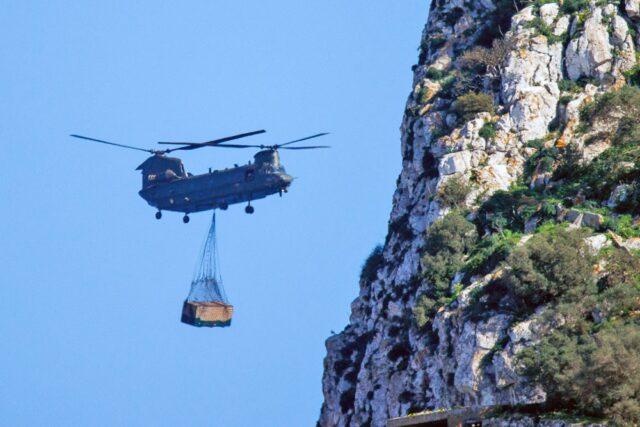 RAF Gibraltar personnel were supported by specialists from the UK, including those from the Joint Air Delivery Test and Evaluation Unit who prepared and tested the underslung loads.

Overseeing the various teams were the Project Officers from Aquila and Thales, who form part of the delivery team for Programme Marshall.