He was presented with his clasp by General Sir Patrick Sanders, KCB CBE DSO ADC, Commander UK Strategic Command during his visit to the Rock. 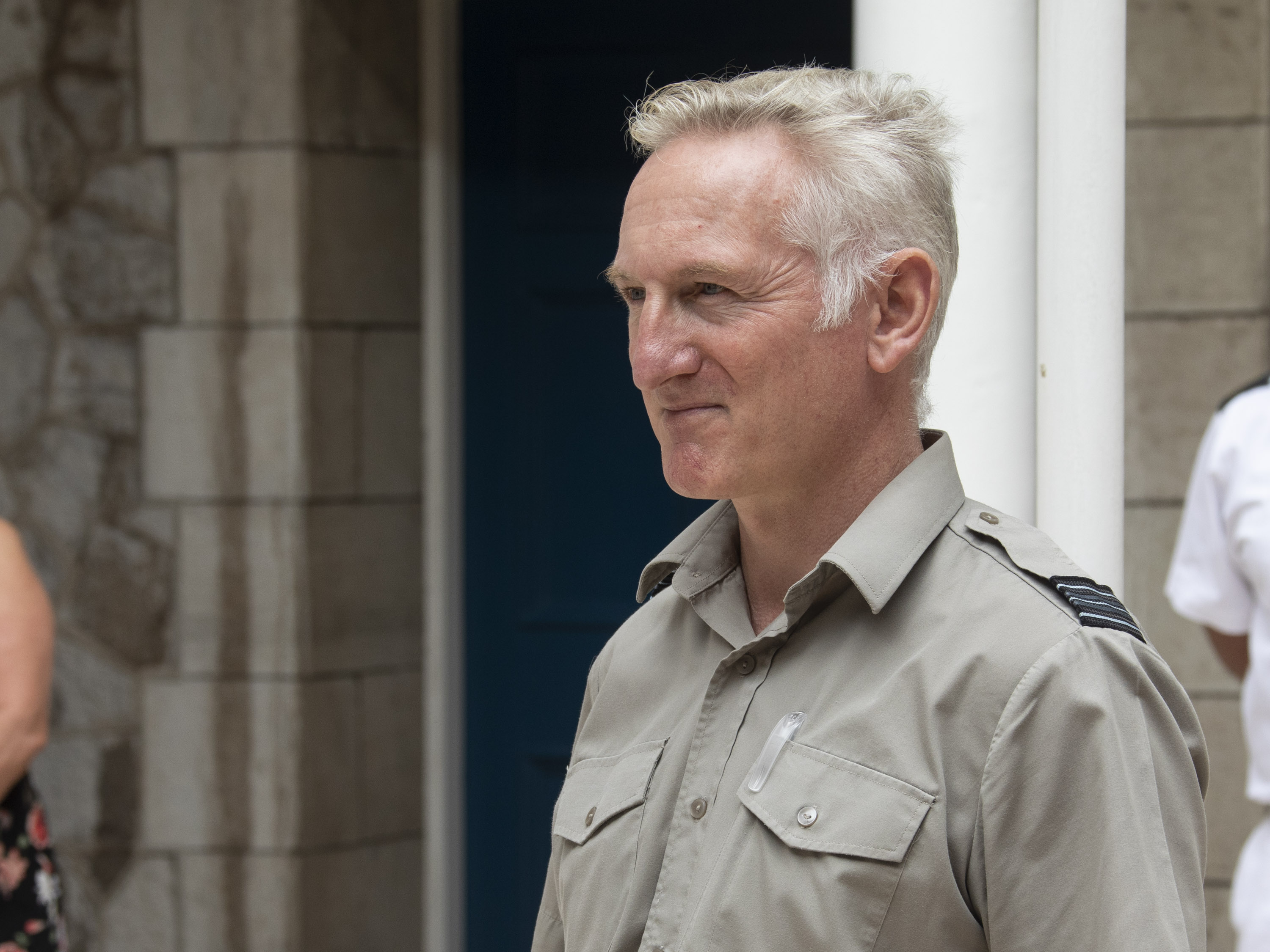 Squadron Leader Climie joined the Royal Air Force in 1985 as an Air Radar Technician before commissioning in 2001 as an Engineering Officer (AeroSystems).

He has served at numerous bases across the RAF during his career including at Lynham, Marham, Brize Norton, Leeming and RAF Germany.

Since July 2019 he has served as Officer Commanding Engineering at RAF Gibraltar.

During the socially distanced ceremony, attended by family and colleagues, General Sanders said: “35 years is a fantastic achievement and I wish to thoroughly congratulate Squadron Leader Climie on reaching such an incredible milestone.”

Introduced in 1919 by King George V, The Royal Air Force Long Service and Good Conduct Medal is awarded after 15 years unblemished service to all regular RAF personnel with clasps then further awarded at 25 and 35 years respectively.