St Mary's First School and St Anne’s Middle School became the latest schools in Gibraltar to be visited by personnel from RAF Gibraltar as they continue to promote their Science, Technology, Engineering and Mathematics (STEM) initiative within the local community.

St Mary’s The Year 2 students relished the opportunity to save the egg called Squadron Leader Egbert Yoke by designing and building a fall-arrest system with the aim of saving the 'Test Pilot' from going splat. 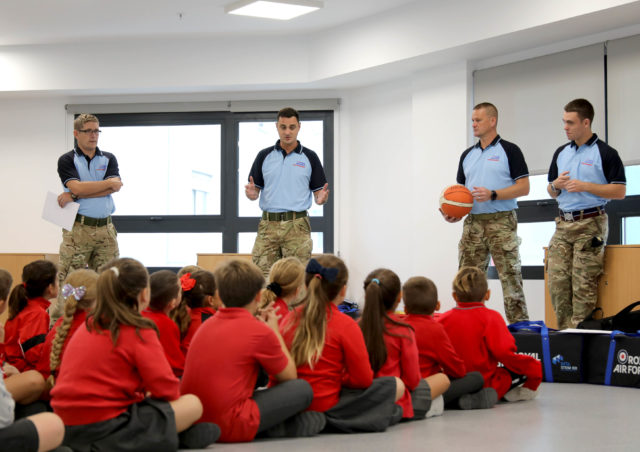 The eight teams of students, who had to consider the overall cost of their design as well as potential success, utilised different strategies in a bid to protect Egbert from an initial drop from the first-floor gymnasium window.

Following re-evaluation and modification, the designs were dropped from double the height and although not all ended with a successful outcome, the students were very enthusiastic about the challenge. 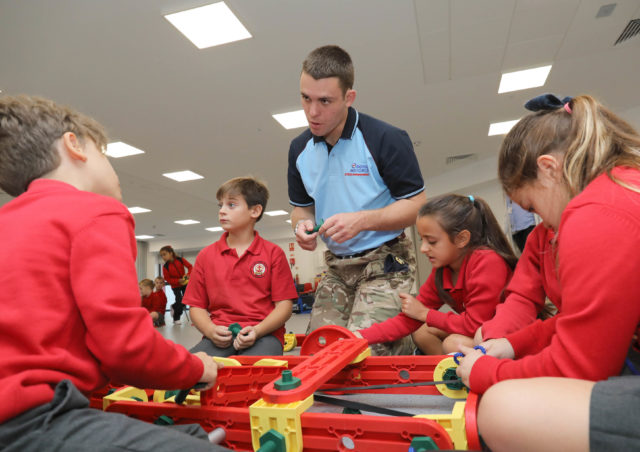 Deputy Head Teacher, Mrs Caruana, commented on how impressed she was with the students engagement with RAF Gibraltar personnel facilitating the event and several students expressed how much fun they were having.

St Anne's Middle School students were set the challenge entitled ‘Wound Up’, which involved the students being provided with an 'engine' powered by a large elastic band. From this they had to work as a team to build a vehicle, utilising the provided kits, suitable of transporting a basketball the furthest distance from the start point.

Subsequent discussions about friction resulted in the RAF STEM team finding some tyres to fit to the vehicles and they were ready for another three runs. Every team improved on their initial distances, with the excitement of the pupils clear to see. 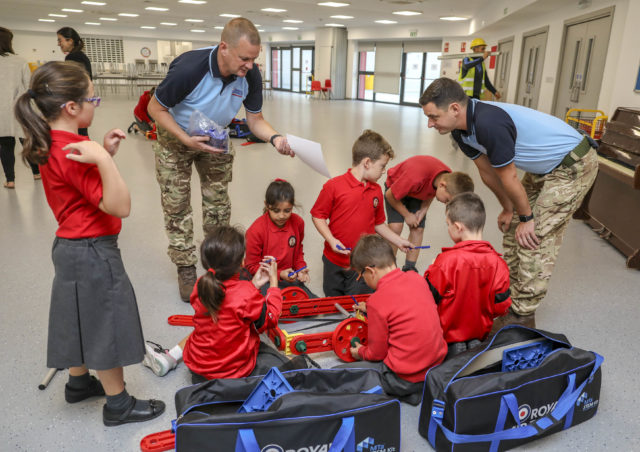 The final element to the St Anne’s Middle School visit was explaining averages, with the STEM team using the first run to demonstrate, before allowing the students to work out the average for the second run.

Commenting on the visit, Headteacher Mrs Andrews said the day was very stimulating and gave the students a chance to learn outside of the classroom environment whilst linking in project base learning. 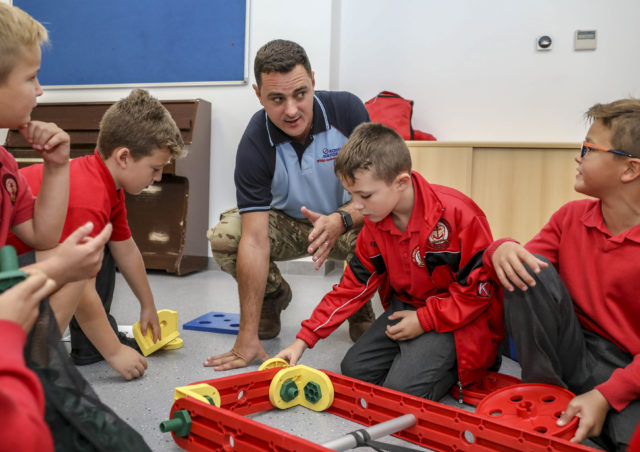