Rare 800-year-old figure of Christ to return to York

By Amy Murphy
An 800-year-old figure of Christ that once adorned a York abbey will return to the city after nearly two centuries.

The rare object, made in Limoges, France, in the 13th century, was found in 1826 in the ruins of St Mary's Abbey in York.

It disappeared for nearly 100 years before it became part of the private collection of a German art collector in the 1920s.

The gilded and enamelled ornament will now be displayed at the Yorkshire Museum, on the site of the former abbey, after it was bought by the York Museums Trust. 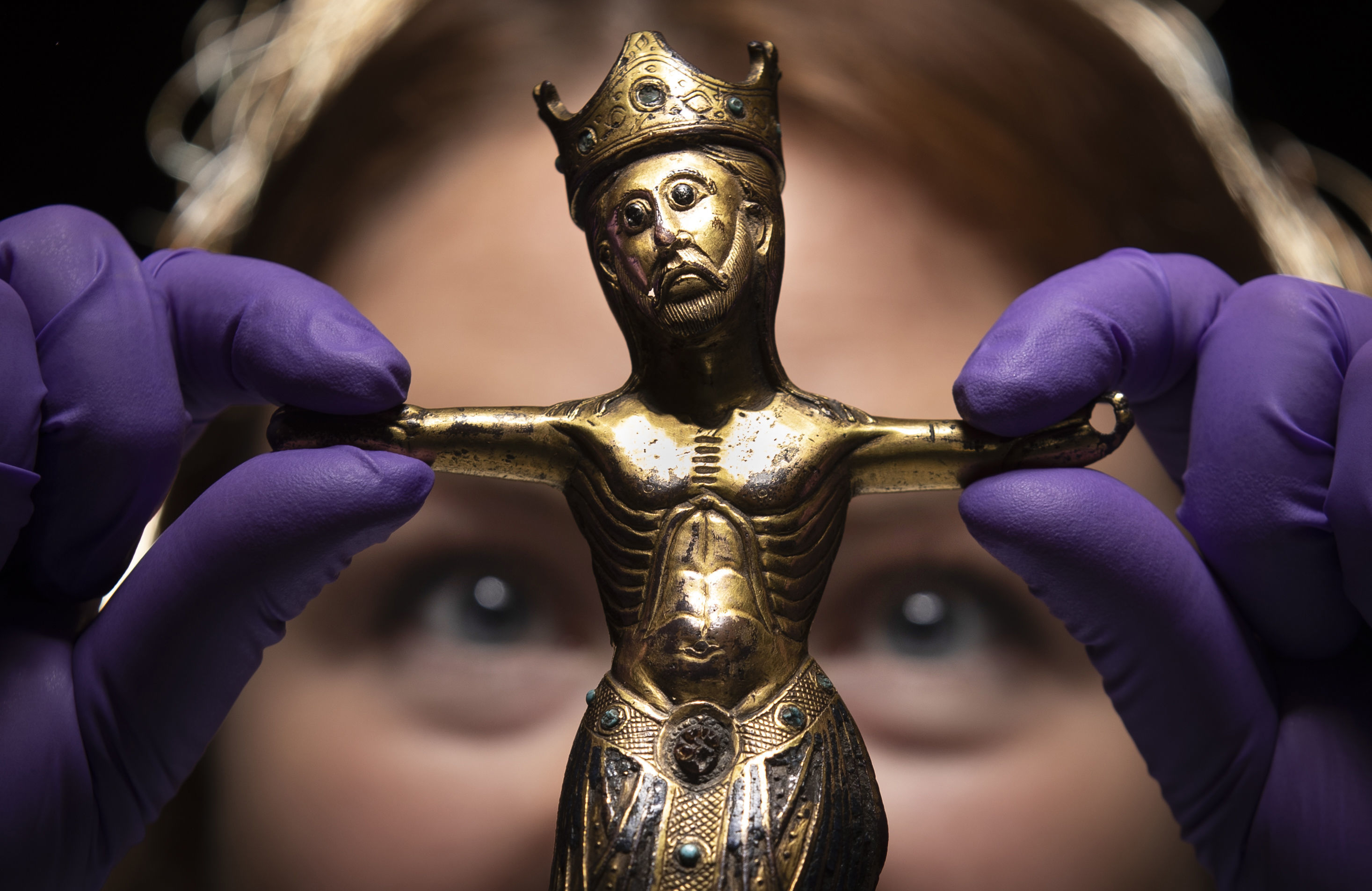 The 16cm figure is believed to have been acquired from Limoges to furnish St Mary's Abbey, which was newly built in the 13th century and was the richest abbey in the north of England.

It would have been mounted on an enamelled cross and decorated a religious object, such as a manuscript cover or a casket.

The figure is one of few objects to have survived Henry VIII's brutal dissolution of the monasteries in the 1530s and, although its hands and feet are missing, it is unusual in its completeness, as most examples of Limoges enamelwork are highly fragmentary.

A label stuck to the back of the figurine states that it was found in the abbey's ruins in 1826, just before the Yorkshire Philosophical Society acquired the land to build the Yorkshire Museum.

It is not known where it was between 1826 and 1920, when it became part of the collection of Franz Monheim of Aachen, and was feared lost to the public.

It will now go on display in the museum, alongside other objects, including the York Helmet, the Gilling Sword and the Ormside Bowl. 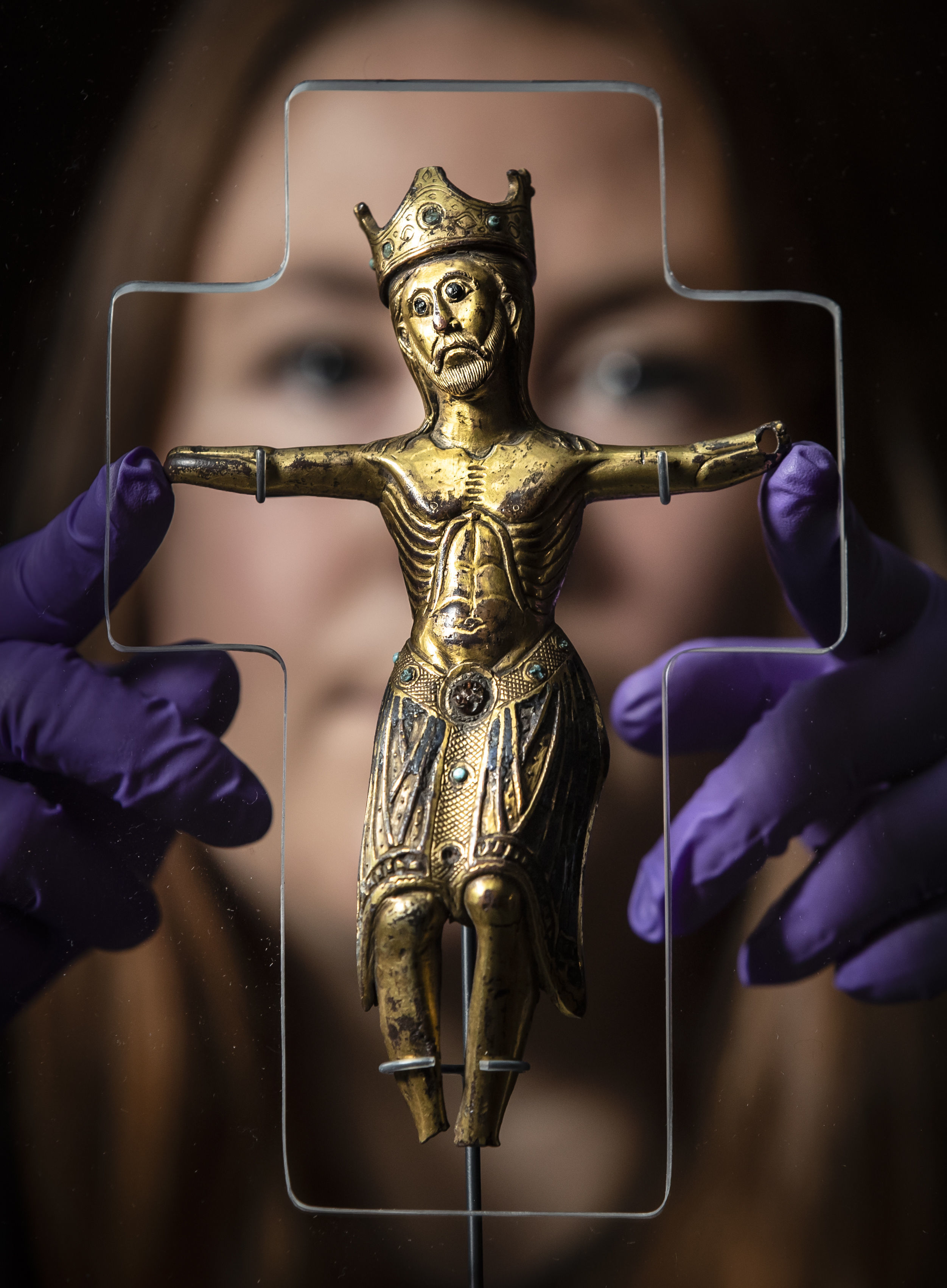 Lucy Creighton, curator of archaeology at the Yorkshire Museum, said: "The figure of Christ is a stunning example of 13th century religious art - few examples survived in this country in such a complete state.

"This alone would make it a very special object but to be able to trace its origins to St Mary's Abbey, where the Yorkshire Museum now stands, means it is an incredibly rare and extremely valuable find.

"It gives us new insight into the treasures which once decorated the abbey and provides rare, tangible evidence of the wealth and power the ecclesiastical institution once held.

"It is a real thrill to be able to put it on display just a stone's throw from where it would have been on show 800 years ago."
(PA)