A rare Harry Potter book bought for £1 at a table top sale has fetched £28,500 at auction.

The 1997 first edition of Harry Potter And The Philosopher's Stone - JK Rowling's debut novel and the first in the popular children's series - was bought on the phone by a private UK collector.

Sold on the author's birthday on Wednesday at Bishton Hall, Staffordshire, the hard copy is from a print run of just 500 identified by two errors in the book's text. 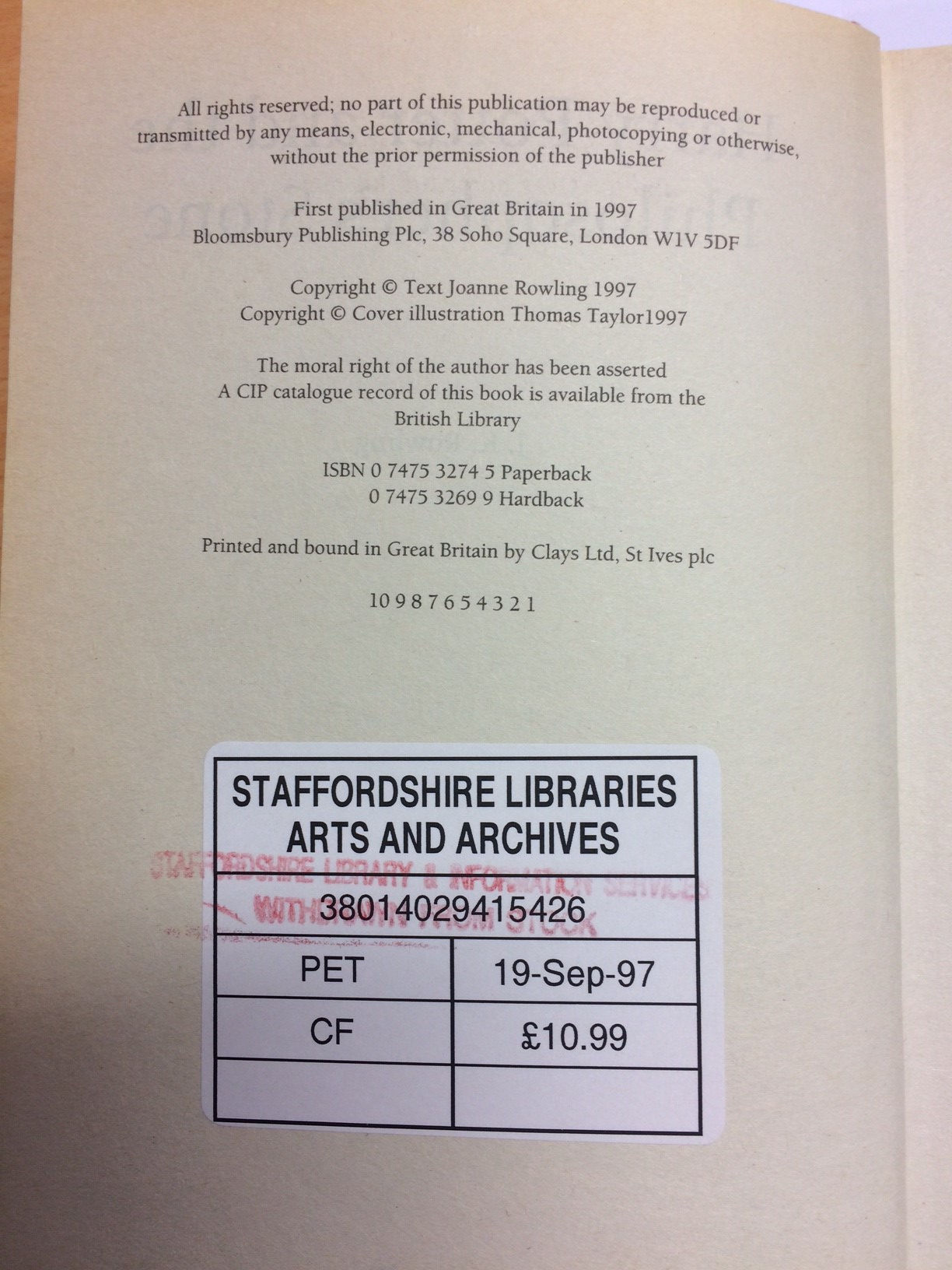 The seller, a 54-year-old office worker who did not want to be named, said: "I can't believe it. It's what I'd hoped for but I never really believed my book would make that price.

"I knew another Harry Potter first edition had sold for £28,000 but I was panicking as there had been no bids prior to the sale. When I checked to see if it had sold, I was amazed."

The former Staffordshire Library book, stamped in red ink with "withdrawn from stock" on the inside, was bought by the owner at a table top sale around 20 years ago. 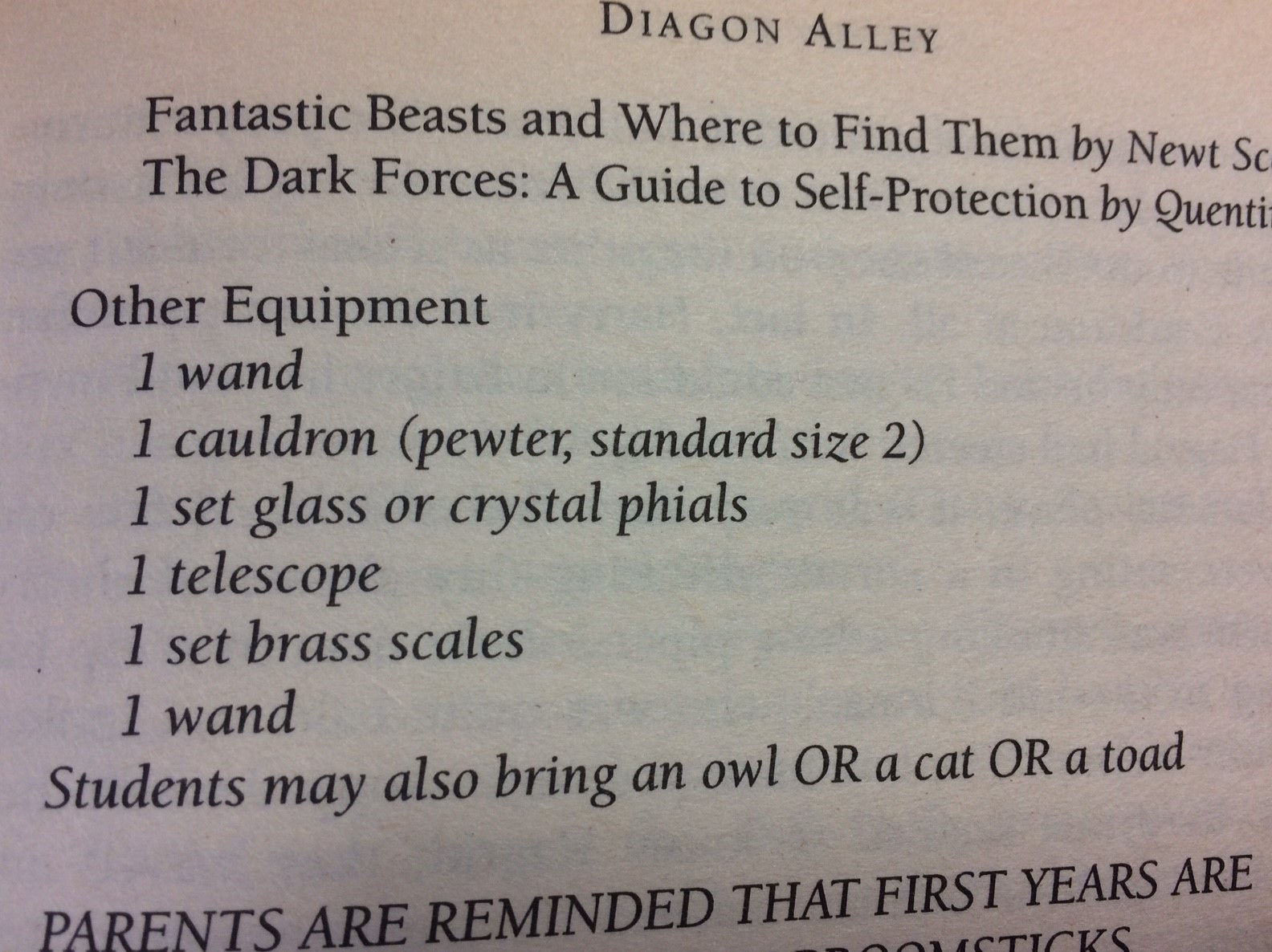 Published by Bloomsbury on June 30 1997, the first edition can be identified by a misspelling of philosopher's on the back page and a double mention of "1 wand" on page 53 in an equipment list.

Jim Spencer, head of books and works on paper at Hansons Auctioneers, said it was "pure luck" that the auction was listed on the birthday of the author, who gave her fictional character Harry Potter the same birthday.

He said three phone bidders had battled it out to buy the rare edition, which was left in a cupboard in the owner's home before being valued by auctioneers. 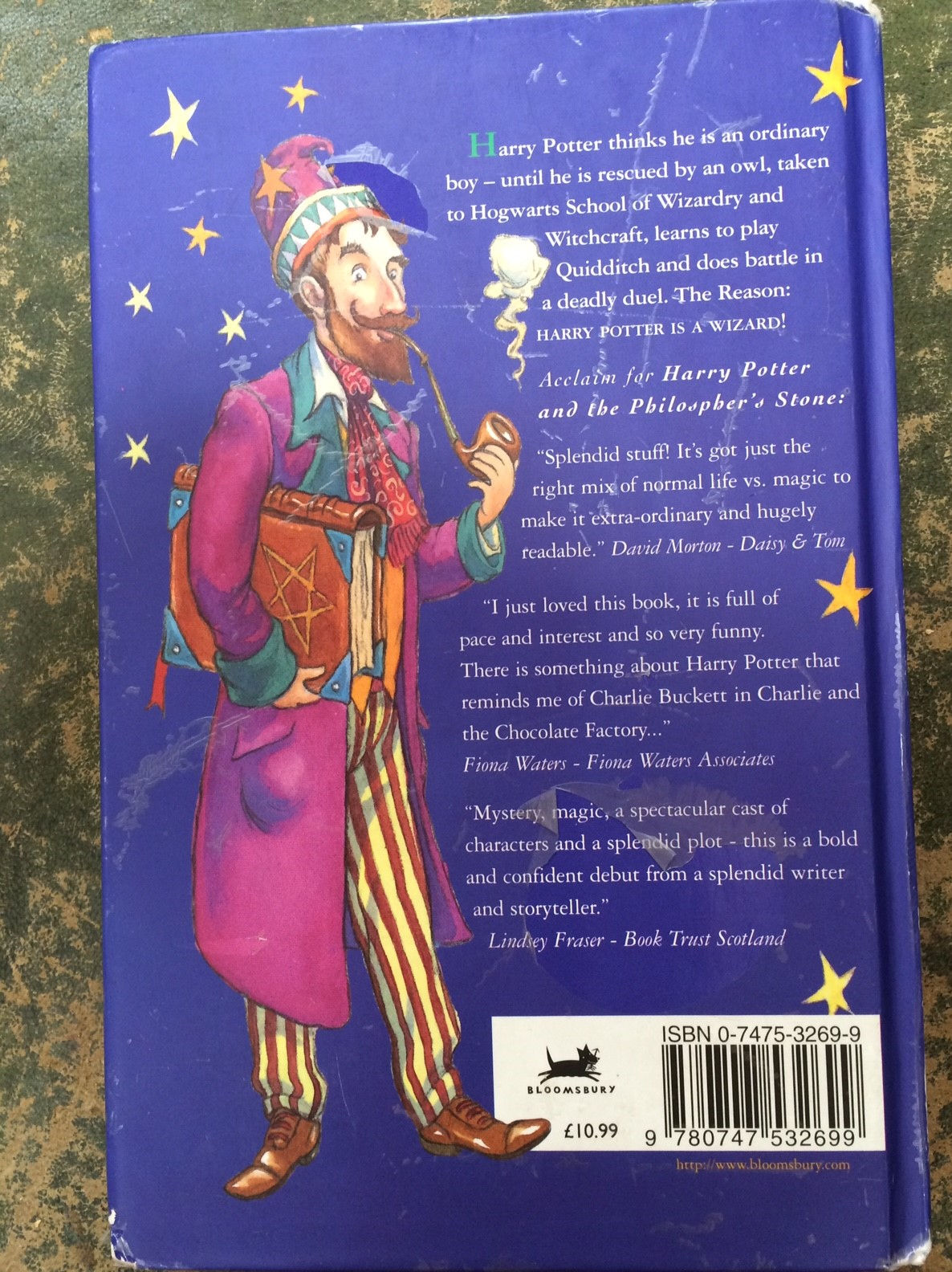 "When our client bought the book for £1 all those years ago, no-one realised what a huge impact the Harry Potter stories would have globally," Mr Spencer said.

"The majority of the books in that first print run went to schools and libraries. They are extremely rare.

"This is a landmark in children's literature, but it appeals to young and old.

"Everybody knows this book. This is the holy grail for so many collectors."
(PA)