Journals detailing the lives of Victorian sailors could fetch thousands of pounds at auction after being discovered at a flea market.

The three journals handwritten by Royal Navy Seaman Frederick Allen provide a day-to-day account of the Mediterranean voyage of HMS Australia from 1889 to 1893.

He also writes about the alleged murder of one of his fellow crew members, William Drudge, who was found dead at the foot of a cliff in Greece in May 1891.

The journals were discovered in Seaman Allen's ditty box - a container for sailor's personal items - by a private collector at a flea market in Shepton Mallet in Somerset.

The collector only realised the significance of what was inside after carrying out his own extensive research. 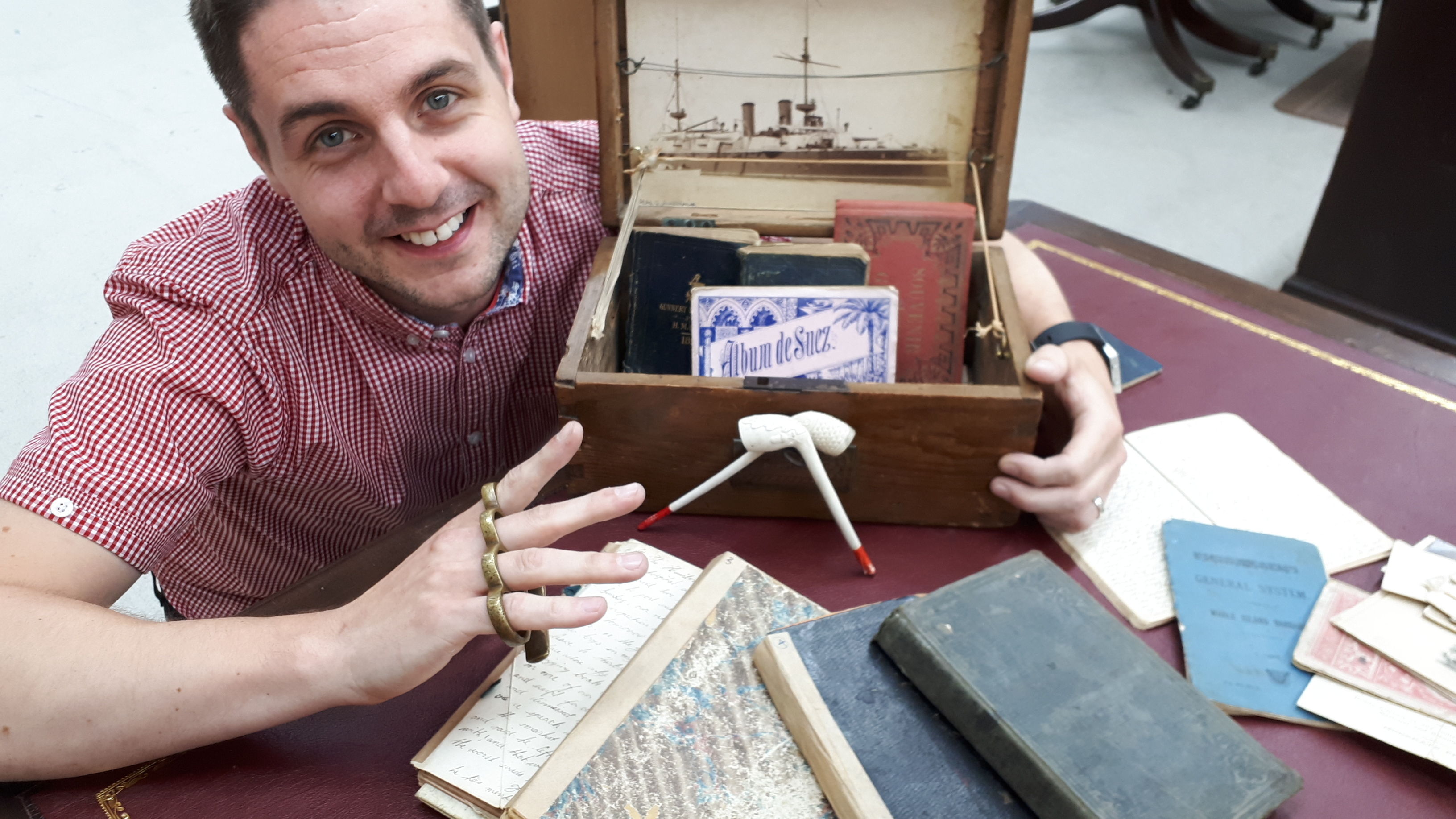 "We've sold items of maritime and naval significance before but nothing as comprehensive and richly-detailed as these journals," said David Hare, director and auctioneer at Gardiner Houlgate.

"Importantly, they provide valuable insights into what was known as the British Navy's Mediterranean Dreadnought Project and information that's not part of the current naval archives.

"It's a rare piece of British naval history. On that basis, we're expecting it to sell for several thousand pounds.

"Beyond the story these journals tell of British maritime power at the height of the Empire, they also paint a vivid picture of the daily lives of sailors aboard ship - the dangers they faced, the camaraderie, the heroism.

"It's real Boy's Own stuff but with a dark undercurrent of violence and death.

"Frederick Allen was born in 1869 but, apart from his naval service record, we know nothing else about him. If anyone does have information about Allen's life, we love to hear from them."

The evidence initially pointed to William Drudge dying from a fall but Seaman Allen was suspicious.

He built his own case against a Russian sailor and a Greek man, who had been seen with the victim in a local bar.

An investigation did not prove foul play but Seaman Allen continued to protest that his friend had been thrown from the cliff.

The Mediterranean Dreadnought Project ran between the 1880s and early 1900s, when the British Navy's Mediterranean fleet defended the sea link between Great Britain and countries forming the British Empire in the eastern hemisphere.