The Gibraltar Red Cross donated 620 presents to people in hospital or various GHA facilities for Christmas, continuing with a tradition going back years.

A wagon full of presents was dropped off by members of the Red Cross at St Bernard’s Hospital on Thursday morning, where they were received by the GHA’s Director General Professor Patrick Geoghegan and the GHA’s Director of Nursing Services Sandie Gracia. 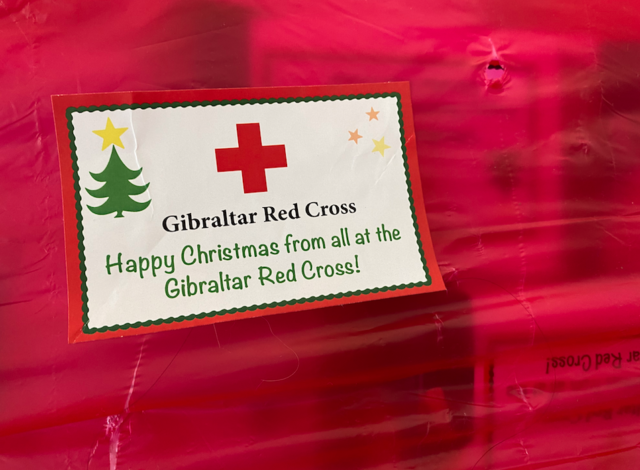 “I think being in hospital at Christmas isn't ideal for anybody. So just in a small way, we're trying to bring a smile to someone's face at this time of year,” she said.

The presents are distributed to the patients via Erica Borge who is the head of nursing in the GHA.

“She has given us numbers more or less us on each ward, how many men, how many females. And then we supply a few extra because obviously, the numbers fluctuate,” said Ms Soiza.

“So we just make sure that everyone's got a bit of something.”

The presents are usually items like toiletries, such as shower gels and creams “to pamper yourself a little bit.”

She also took the time to wish everyone in Gibraltar a “Merry Christmas from all of us at the Red Cross.”

“If you've got any mobility issues, or you need help with anything in terms of sort of physicality or equipment for the house. Just get in touch with us and we'll endeavour to help.” 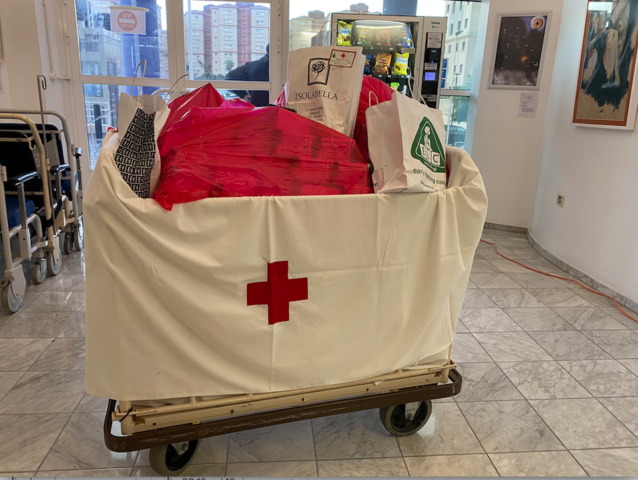 Prof Geoghegan believes the presents are welcomed by people in hospital and other facilities more than many can appreciate.

“You can imagine if you're in hospital, you're feeling unwell. Sometimes people feel unloved and it's going to be Christmas. It’s not the happiest place to be, despite what we're trying to give you good care,” he said.

“So I think just bring in a little bit of ray of sunshine, given some of the gifts, watching them opening up a package, their face just smiles.”

“And especially some of our older people who are here for some time and maybe don't have family and don't have visitors. I think it means so much to them. So to me very important.”