When war broke out, Percy Baglietto Cottrell (of the Saccone & Speed family), was in Athens at the time, (he was studying Classics at Oxford) immediately returned home by train and tried to enlist as an ofﬁcer, but was rejected because of his poor eyesight. Undeterred, he enlisted as a private in the Royal Fusiliers but was later commissioned in the same unit. Deployed to Salonika as an Intelligence Officer and Greek Interpreter (he was born in Corfu where his father was the British consul) he undertook numerous special missions for which he was made a Chevalier of the Order of the Redeemer and awarded the Greek Military Cross by HM King Constantine. 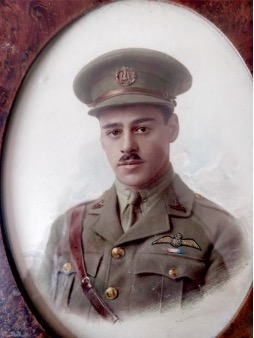 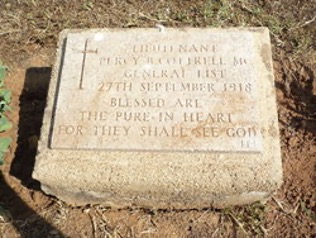 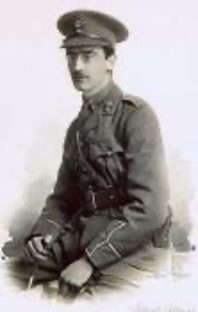 On the 18th September 1918 he was hit in the side of the chest by a bullet during operations to the East of Lake Doiran, in the Salonika Front and died later of his wounds. He was posthumously awarded the MC. He lies buried at the Sarygol Military Cemetery in Greece.

His elder brother Arthur (the youngest of the three Baglietto Cottrell brothers Edward, later Sir Edward was Chairman of Saccone & Speed and British Vice-Consul in Algeciras during WW2) was a regular officer in the Royal Artillery seeing service with the BEF in France and Belgium as well at Gallipoli. He went on to receive the DSO and three MiDs as well as the Order of the Serbian White Eagle with Swords.

Private Francis Arriza was working as a bookkeeper in Bradford (his family home in Gibraltar was in King Street where his parents lived) when he joined the Kings Edward’s Horse (Royal Overseas Dominions Regiment) made up in the main of Australian, Canadian and South African “expats” living in England and considered an elite cavalry unit. Francis was “A” squadron trumpeter and fought with them throughout the war.

He was wounded in action at the battle of Vielle Chapelle in April 1918, where the unit fought dismounted and famously defeated an assault by the Prussian Imperial Guard. Captains Frank Porral and Bobby Sheppard-Capurro also served with the cavalry – in their case with the 22nd Cavalry Regiment (Sam Browne’s) a prestigious Indian Army unit. Bobby was Honorary ADC to many post war Governors and later commissioned into the GDF as a Major. He was also an Honorary ADC to HM The Queen.

HMS Cormorant was the local Royal Navy (RN) shore establishment and manned by a good number of Gibraltarians at the outbreak of the war like John Garcia; George Beanland; Ernest Langston; Frank Cano and Francis Morello. Other serving with the RN included Carlos Farrugia who died from disease whilst serving on HMS Egmont and PO Cook O Vassallo who was killed in action onboard HMS Britannia in November 1918. 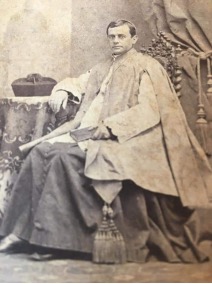 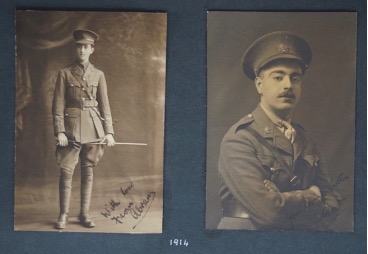 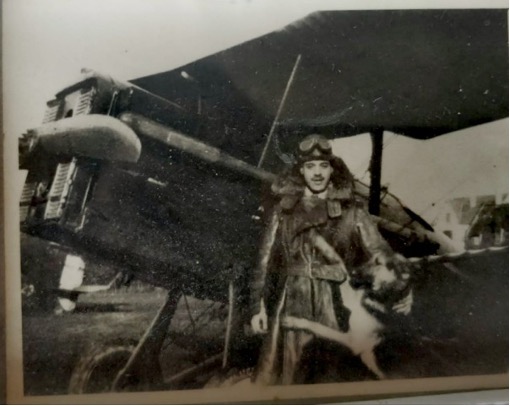 The Port Department was “militarised” and brought in to assist the war effort in the harbour areas and approaches to Gibraltar. Albert McKillop was one of those serving on the SS Richard Welford a civilian vessel under Royal Navy control patrolling the Strait. Two of Albert’s brothers joined the Army and one of them Frederick was awarded the Military Medal (MM) whilst serving with the Royal Berkshire Regiment.

Adolphus Verano and Charles Haskett-Smith served as officers in the Royal Naval Volunteer Reserve (RNVR). Haskett-Smith also had two other brothers in the war – William a Major with the Royal Irish Rifles and Edgar, a Captain in the Worcesters. Incidentally the Haskett-Smiths were cousins of the Patron brothers mentioned earlier. Father James O’Reilly was a Chaplain with the Royal Navy for most of the war but was later attached to the Canadian Forces in France as Chaplain 3rd Class (equivalent to a Major) and awarded an OBE for his service. Gibraltarians serving in the Merchant Navy are harder to trace and document, nevertheless we know that two lost their lives during the war - Able Seaman Edward Oliveri. Killed on the SS Livonia in December 1917 and Assistant Steward Joseph Gustavino killed in July 1917 onboard the SS Exford. Joseph was the son of Geronimo Gustavino a resident of Catalan Bay.

Salvador Gomez (later Gomez-Beare) was the son of a well-known local businessman who wanted him to become a dentist and so he was sent to study medicine at Trinity College, Dublin. Salvador was a disastrous student and left his studies to go to America. When broke out, he returned to the UK and joined the Dorsetshire Regiment. He suffered the consequences of mustard gas and rheumatic fever in the trenches and was invalided back to England. Keen to return to the fight, he transferred to Royal Flying Corps and became a pilot flying Bristol fighters. Salvador had an Alsatian called “Lobo” which apparently could tell a German and a British plane apart from the difference in sound when they flew overhead. The dog would start barking if the plane was German, in which case the pilots would get into their planes and chase after the enemy! A prominent member of the Calpe Rowing Club – Salvador was years later back in uniform, this time as a Lieutenant Commander in the RNVR and Assistant Naval Attaché in Madrid, where he played a pivotal role in Operation Mincemeat ("The Man who Never Was"),running agents and helping escaping allied personnel get into Gibraltar including Airy Neave after his escape from Colditz. He was awarded an OBE in recognition of his services.

Serving in the Dominion Forces, we had Ernest Gomez who joined the 1st Canadian Tank Battalion; Joseph Holliday and Leopoldo Romero amongst others. Most of them lived across the border in the US but enlisted in Canada. Pte Reginald Imossi served with the Winnipeg Rifles and his brother Sydney enlisted on the other side of the world with the Australian Imperial Forces and was a Lance Corporal in the 13th Infantry battalion at Gallipoli. Frederic Creswell (the son of Edmund Creswell, Deputy Postmaster-General at Gibraltar and Surveyor of the Mediterranean) had emigrated to South Africa where he was a mining engineer. He fought in Boer War with the Imperial Light Horse and was second in command of the Rand Rifles during the South-West Africa campaign of 1914–1915. From 1916-1917 he commanded the 8th South African Infantry in the East African campaign, with the rank of Lieutenant-Colonel winning a DSO, three MiDs and the French Croix de Guerre. After the war he entered politics and in 1924 became the first Defence Minister of South Africa, serving in that post until 1933!

Cousins Edward and Eugene Passano had emigrated to the US at the beginning of the century and lived in New York where they signed up as soon as America entered the war. Edward with “F” Company, 102 Ammunition Train and Eugene with the 29 Infantry Regiment. Edward was wounded in action unluckily on the 11 November 1918! Eugene was killed shortly after landing in France in late 1917. Louis Balloqui was a Gunner in “C” Battery, 74 Artillery Regiment and Albert Palmer was wounded in action in October 1918 whilst serving with 136 Machine Gun battalion. Frank Nela had emigrated to the States in 1912 and had previously served four years with the US Marines when he re-enlisted to fight in the war and ended up as a Sergeant with the 11th Infantry Regiment which distinguished itself in the Meuse-Argonne offensive.

I have shown that Gibraltarians played a very full part in WW1. They were present in most of the important battles and actions of the war-from Ypres and The Somme to Gallipoli and the Palestine campaign. Fighting in the trenches with the infantry; manning siege guns and conducting reconnaissance duties with the cavalry. At sea with the Royal and Merchant Navies and even “dog fighting” in the air in the first fragile warplanes. Their medal haul was impressive too – three DSOs; five MCs; one DCM; one MM, two Croix de Guerres and many MiDs.

Tragically 24 (by my count) lost their lives, though not all are officially recorded – but not forgotten.