This is the text of a message delivered by the Governor, Vice Admiral Sir David Steel, on Remembrance Sunday, during which traditional events were scaled back due to Covid-19 restrictions.

In normal times, many of us would today be participating in acts of remembrance in churches, synagogues, mosques, temples and other places of worship, or at memorials around Gibraltar.

Members of the Armed Forces would be on parade, alongside veterans and younger members of our community - Scouts, Girl guides and those of the voluntary care associations. 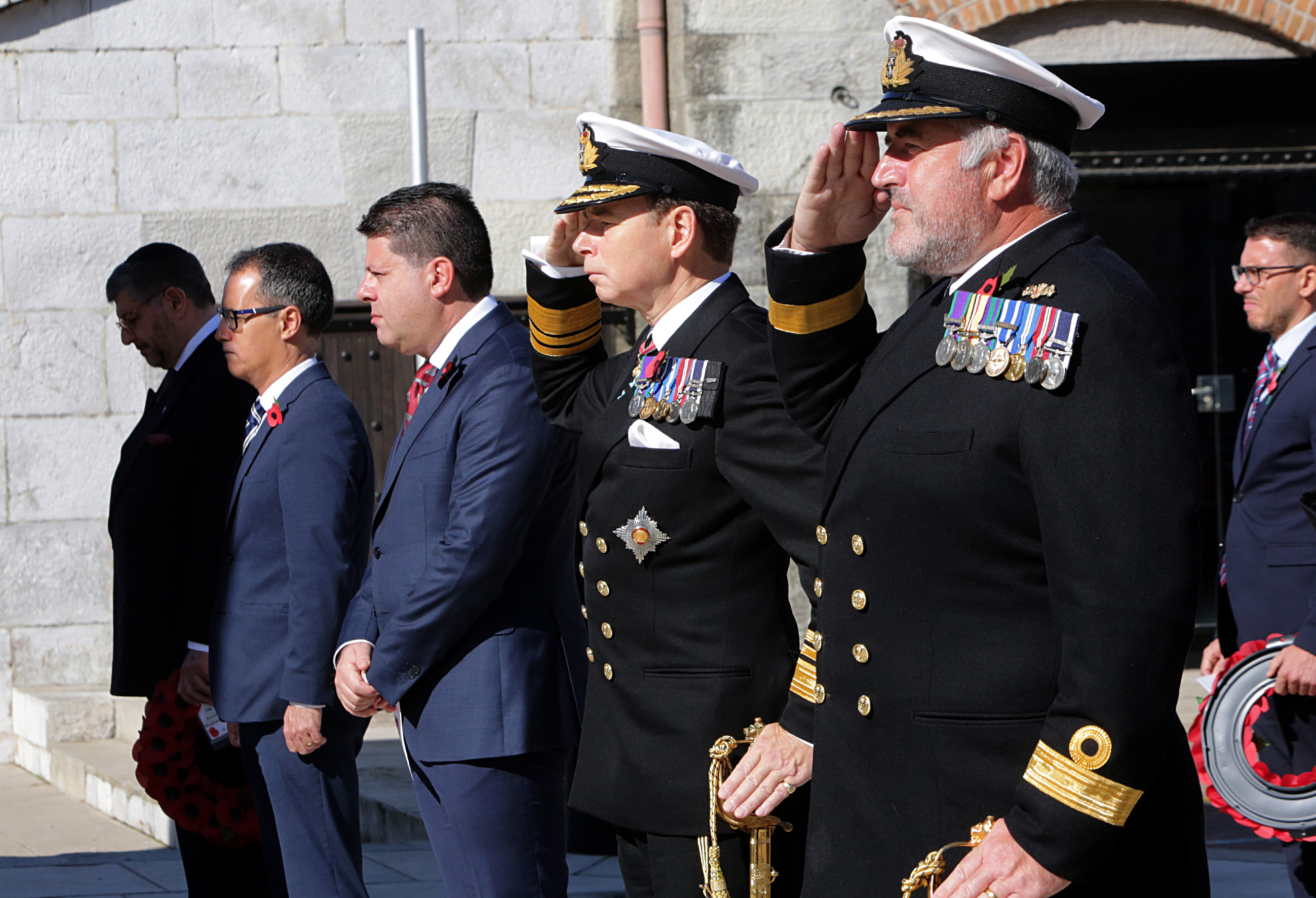 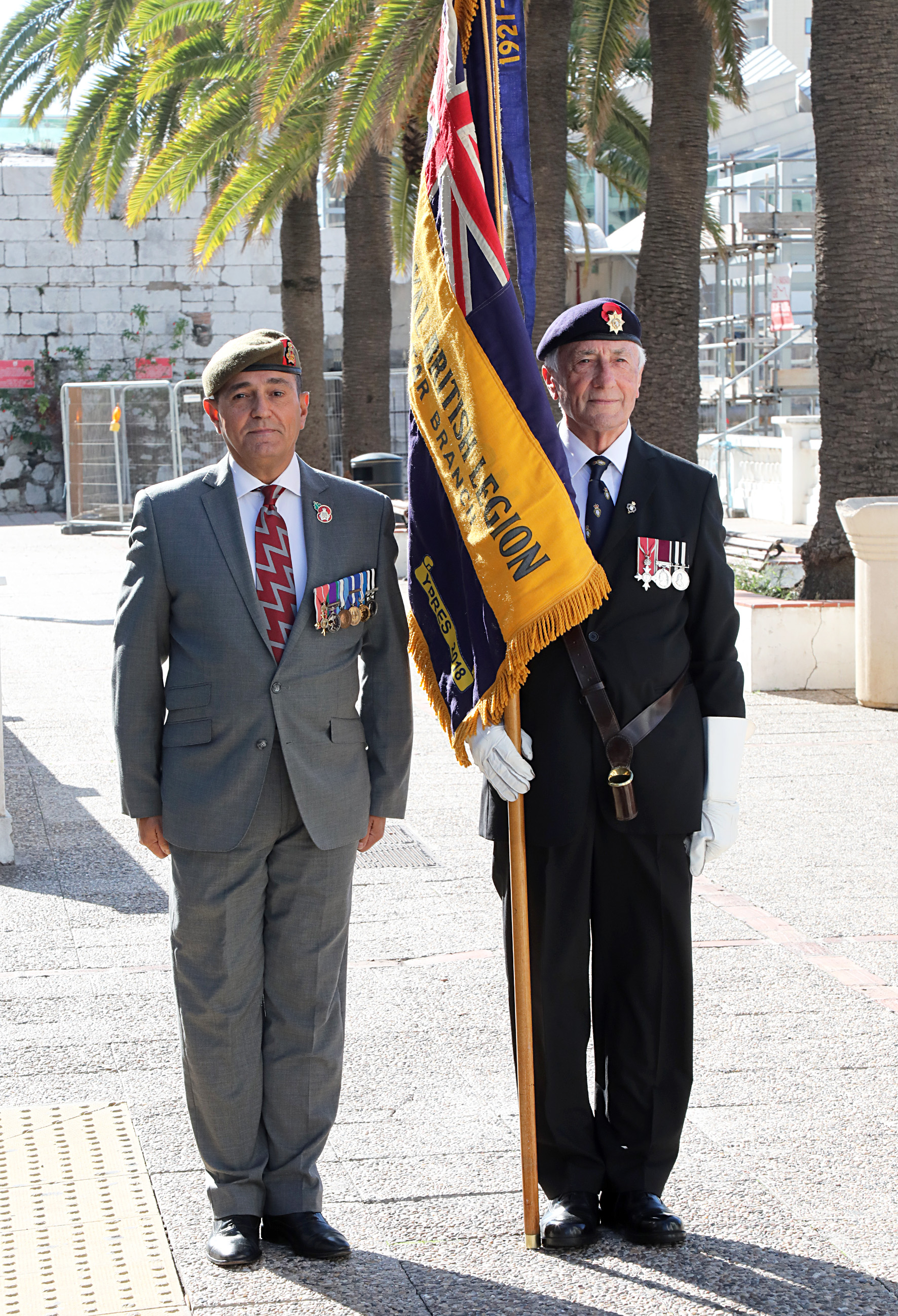 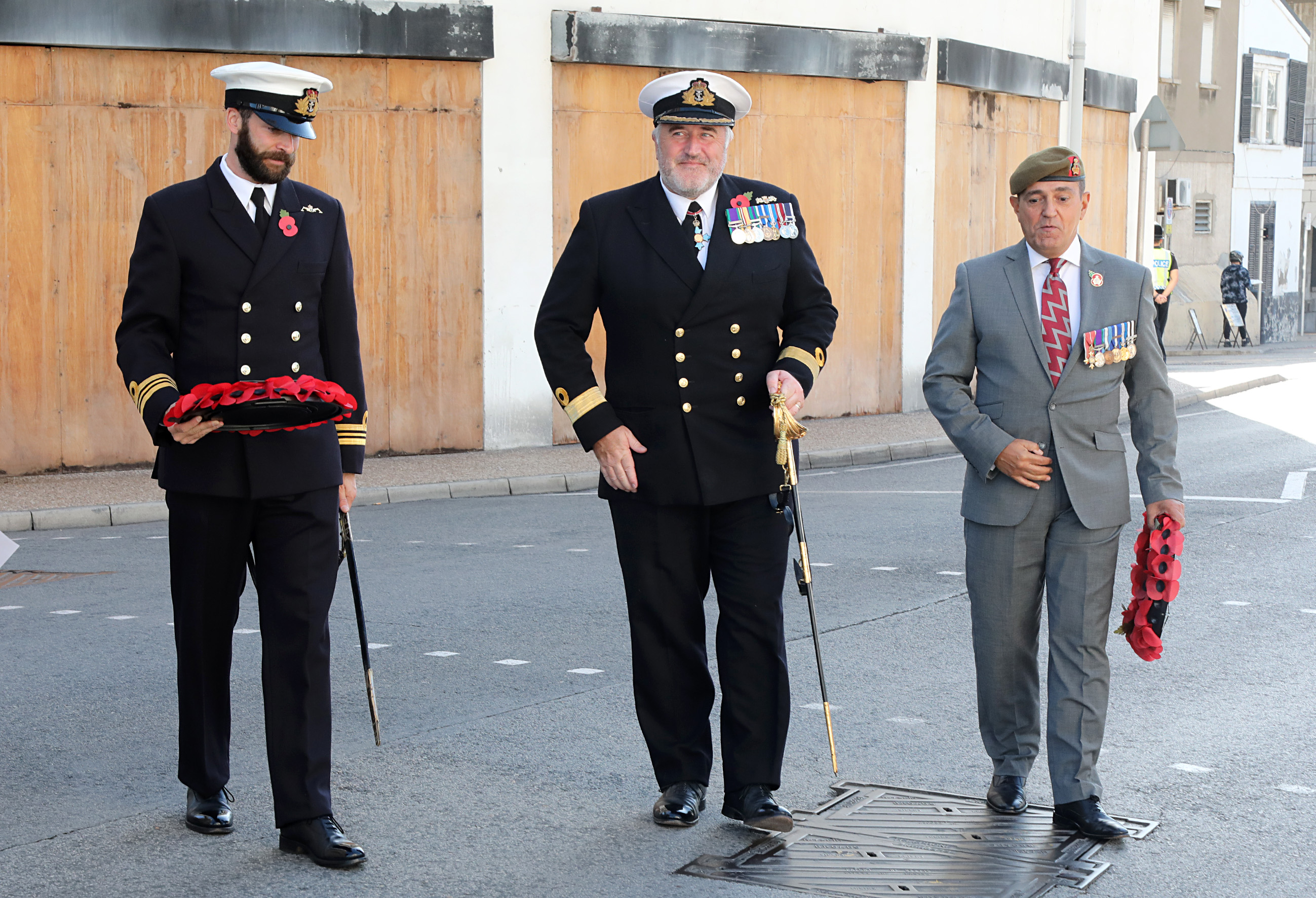 It is a time when communities come together to remember those who died for us so that we can enjoy our today.

Sadly, these are not normal times and so, I take the liberty in speaking to you in the hope that, just for a few minutes, you will join with me in reflecting on the significance of today.

I do so from here, the Eisenhower Room in The Convent.

This is where General Eisenhower stayed while he commanded Operation Torch in 1942 and when Gibraltar was pivotal in playing a heroic part in turning the war effort in favour of the allies.

By then, of course, the majority of the population of Gibraltar had been evacuated, first to Morocco and then to England, Northern Ireland, Madeira, and Jamaica.

Over 13,000 lived in London alone, bravely enduring the Blitz alongside their fellow Londoners. Many were killed.
It was not until well into 1951 that most Gibraltarians were finally back home on The Rock. 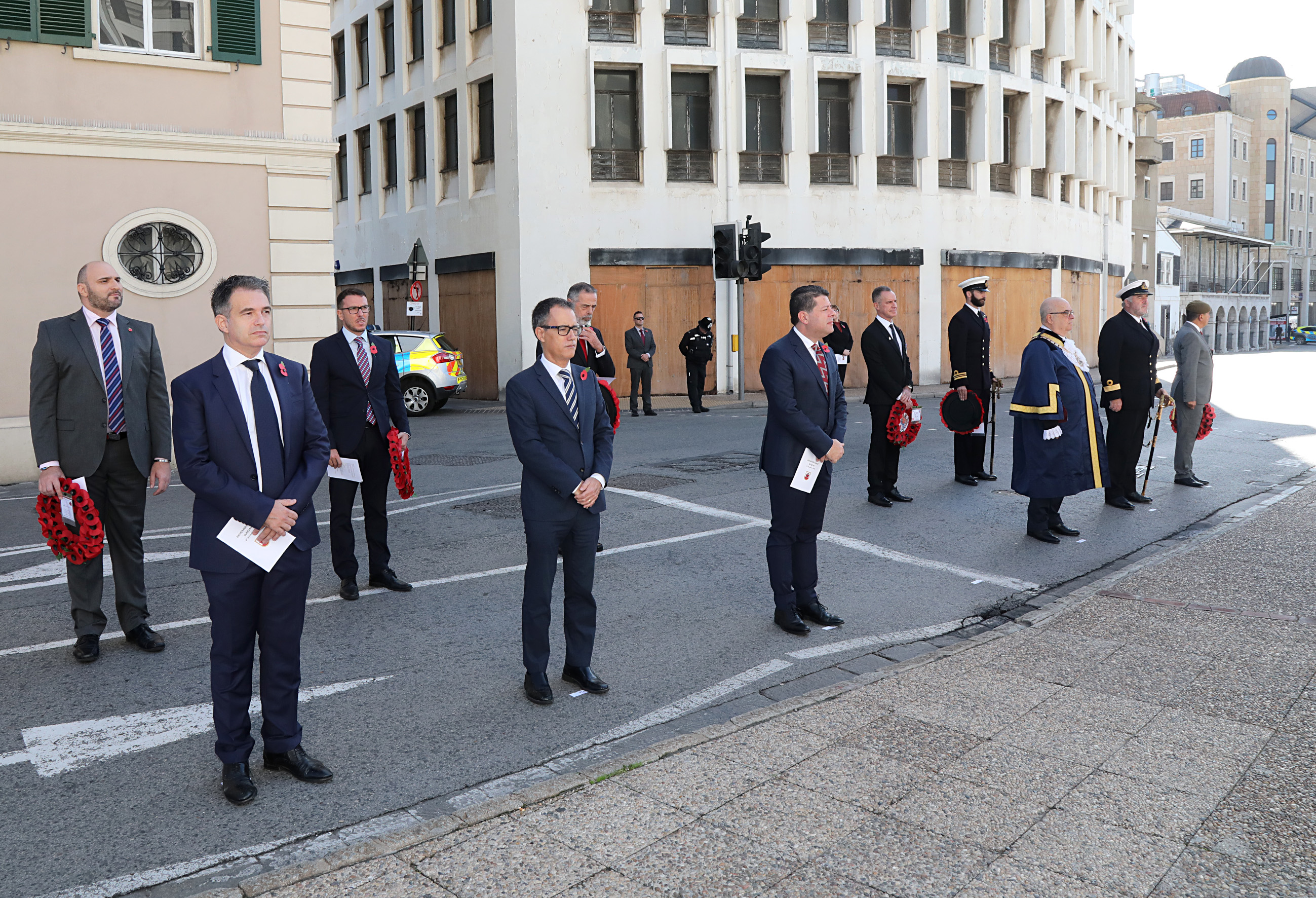 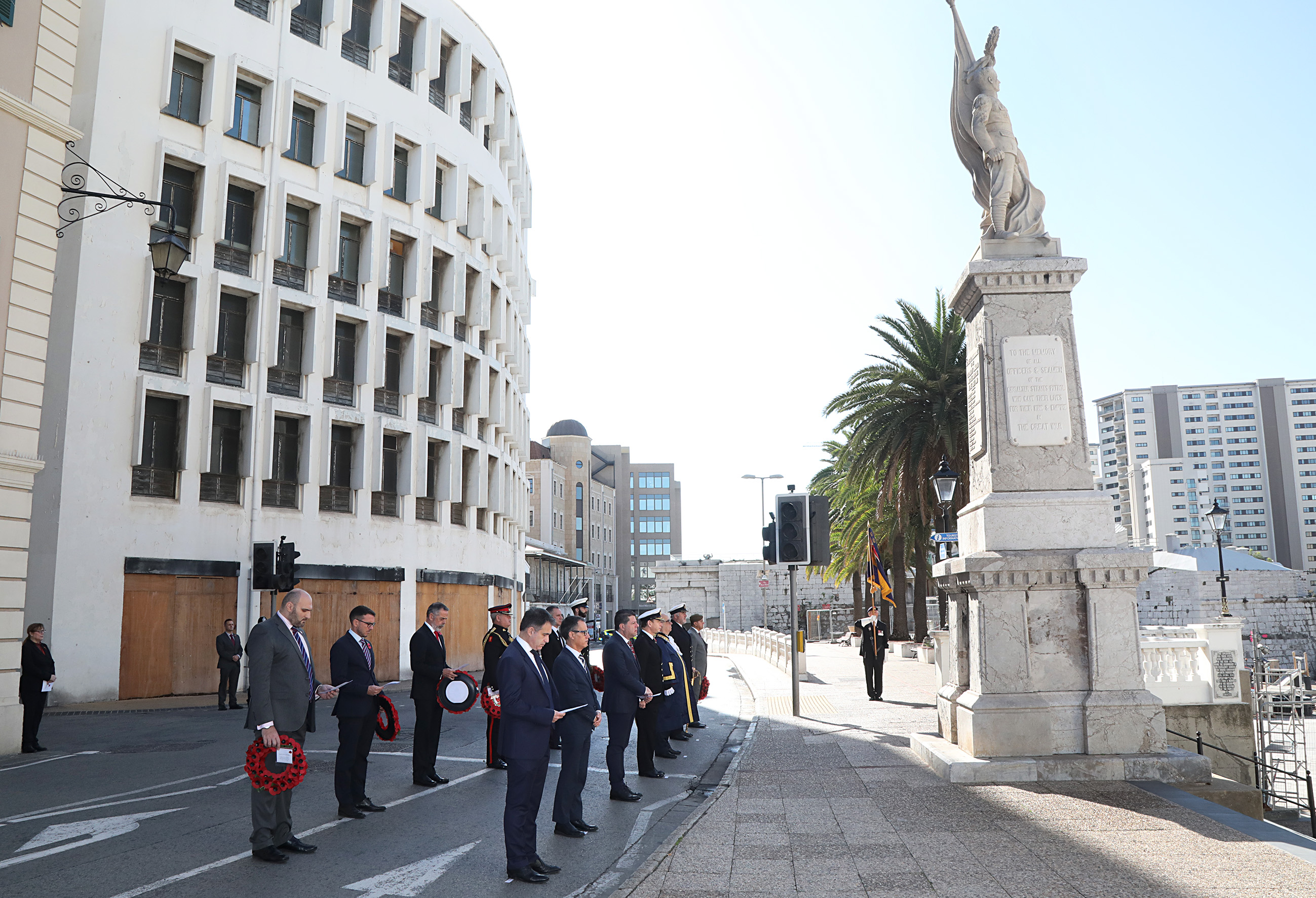 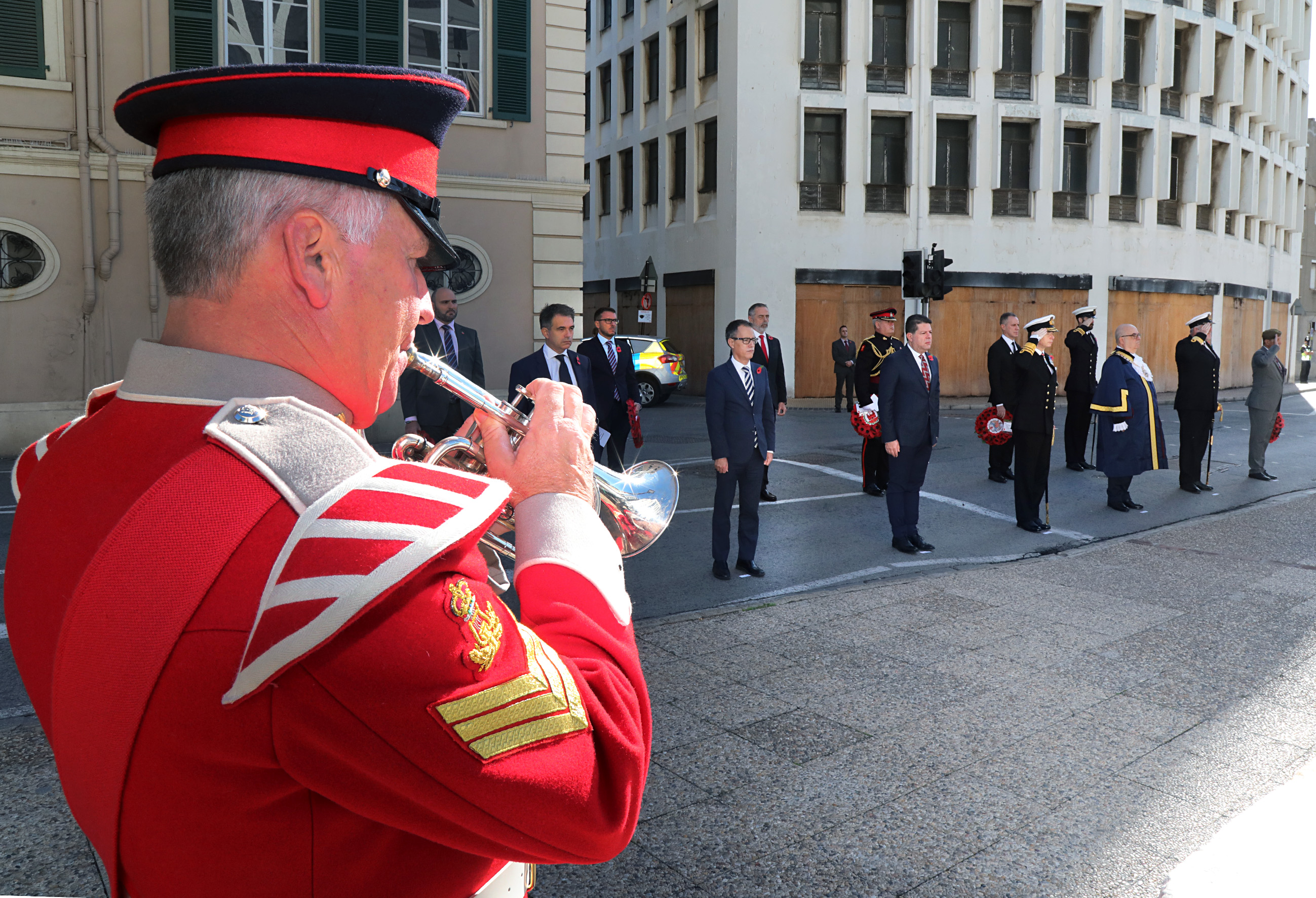 Over the course of the war, Gibraltarians suffered immense hardship and of course many lost their lives, serving in uniform, or while living in London. Many served in Gibraltar as The Rock became the focus for bombing and acts of sabotage.

In the First World War, Gibraltar played an equally important role, being one of the most important meeting points for convoys passing through the Mediterranean.

The Commercial Port bunkered over 1.5 million tons of coal during the period 1914–18, no easy undertaking especially as most of the labourers hauled the coal manually.

The facilities here also made it an essential medical station for the treatment and care of wounded personnel arriving from theatres of war like the Dardanelles and Gallipoli.

Following the war, economic hardship infected nearly every part of the World, including Gibraltar.

The Cross of Sacrifice, a memorial to those who lost their lives in the First World War, reminds us of the personal sacrifice of so many Gibraltarians in that dreadful conflict.

Being in Gibraltar it is hard to avoid remembering the fact that The Rock has been, throughout its history, a place which has borne the brunt of many conflicts. 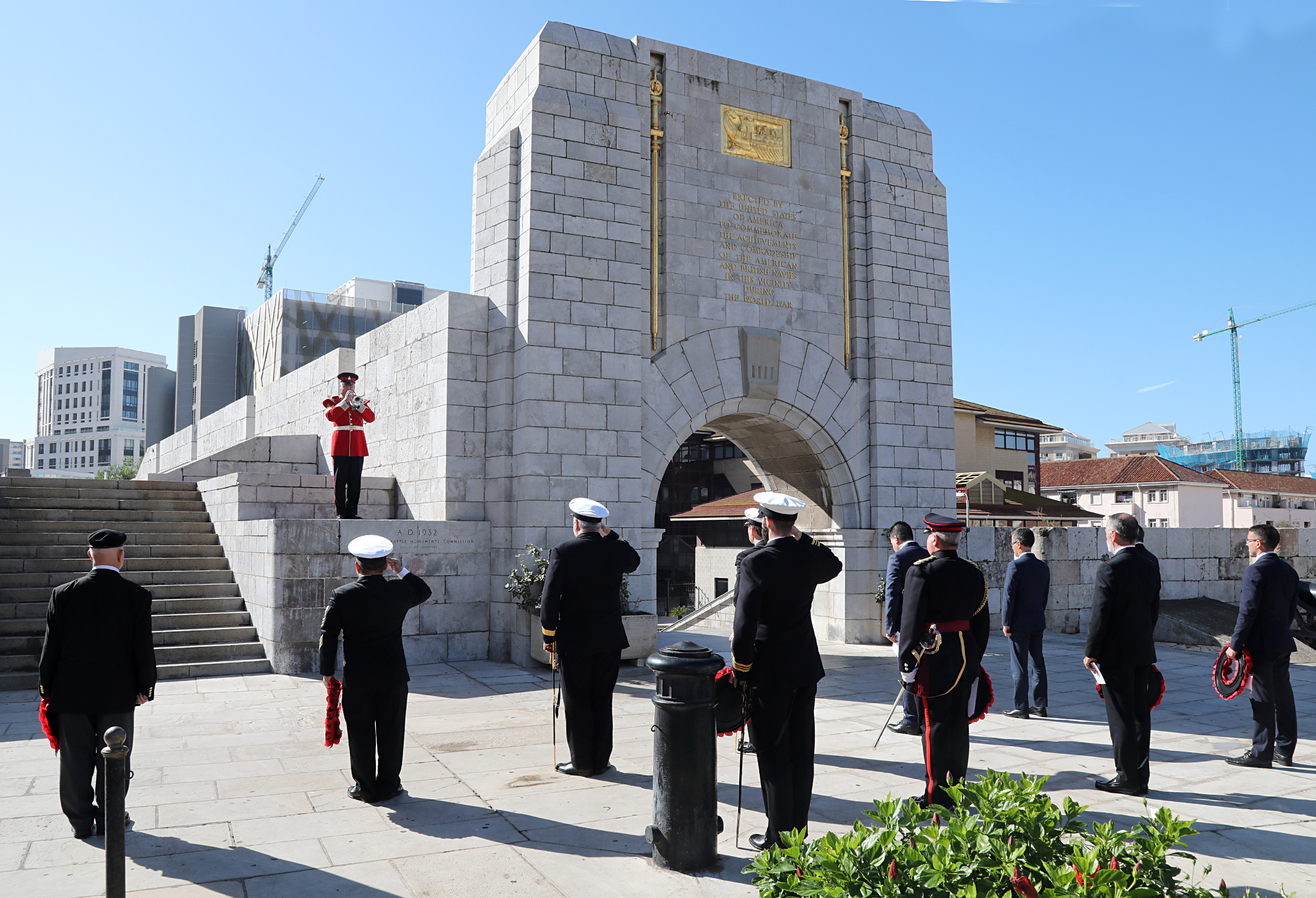 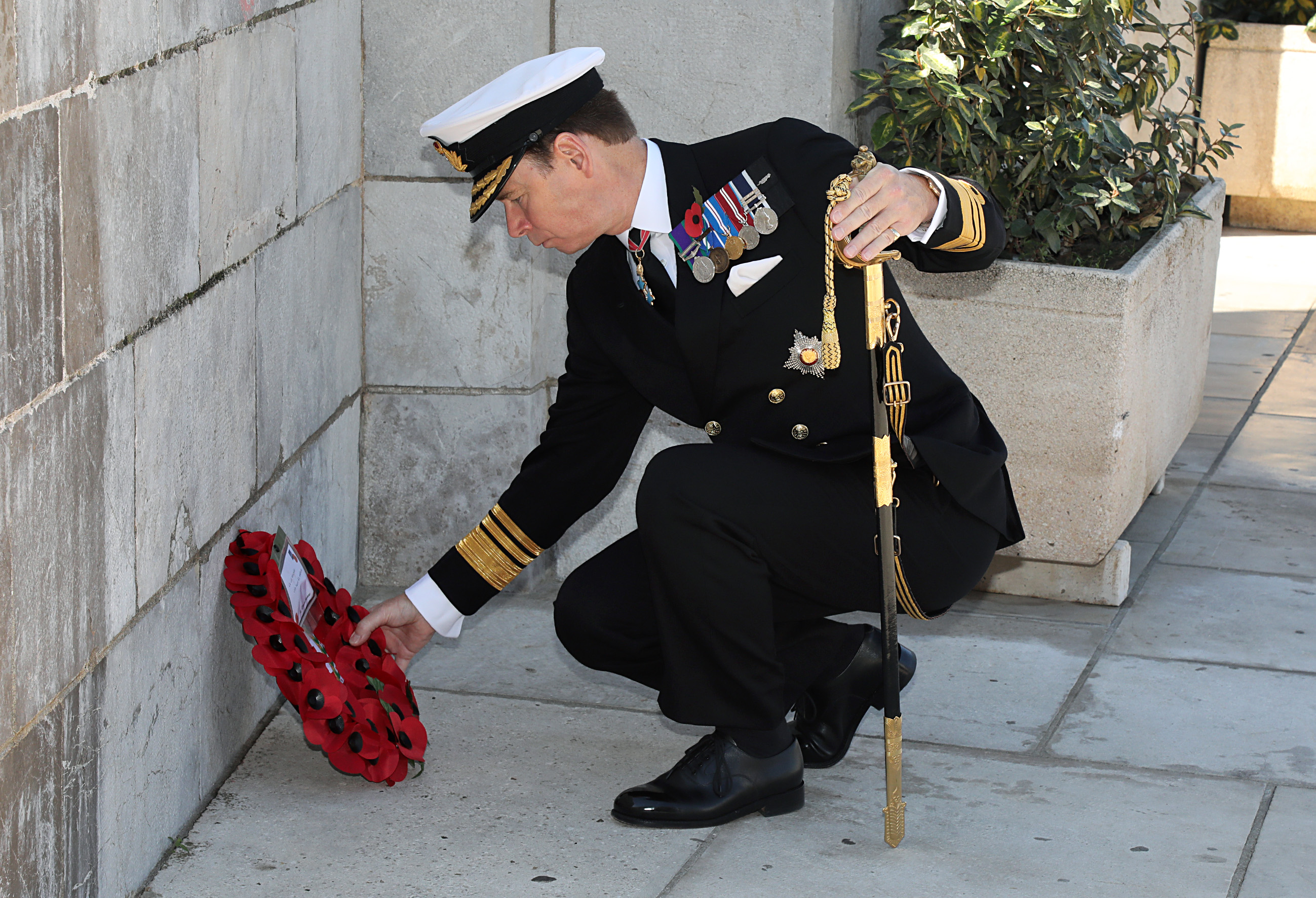 The people of Gibraltar have equally endured the personal hardship that such conflict brings to its population.

I have walked the tunnels of the northern defences. I have learnt of the hardships of the Great Siege.

And when I walk down Line Wall Road, past the British and American War Memorials, all the way to the Cross of Sacrifice, I often reflect on all that Gibraltar’s past generations have sacrificed to create the wonderful place in which we are privileged to live today.

A vibrant, multi-cultural, multi-faith community, with shared values and a commitment to stand strong in the face of adversity and to endure and to prosper.

And even today, as we face the Coronavirus Pandemic, Gibraltarians stand ready to do all that is required to ensure that we are not overcome.

That is how we will endure.

And that is how we will come out of his particular darkness together into a much brighter future.

It is the Gibraltarian way.

Always addressing difficulties with courage and determination to make sure that the future is better than the past.

Winston Churchill once reflected that a nation that forgets its past has no future.

In our busy lives, when we are committed to creating a brighter future, it says everything of a people that they can draw together briefly and remember the sacrifices of those in the past, particularly in conflict.

Today we cannot draw together as we would wish.

But that does not stop us remembering and reflecting on the past and giving thanks to those who paid the ultimate sacrifice so that we can enjoy our today.

In my view, the poet Laurence Binyon captured everything we need to think about on this important day when he wrote:
They went with songs to the battle, they were young,
Straight of Limb, true of eye, steady and aglow,
They were staunch to the end against odds uncounted,
They fell with their faces to the foe.

They shall grow not old, as we that are left grow old.
Age shall not weary them, not the years condemn.
At the going down of the sun and in the morning.
We will remember them.

At the Cenotaph in London today, a wreath will be laid recognising all those across the Commonwealth who gave their lives in conflict – for us and for our children.
And the words of Laurence Binyon will be spoken as a poignant commitment that we will not forget those who gave their future for our today.
Today, in Gibraltar, despite the many restrictions we have to face in our own lives, we will remember them.