Replacement vessels for Gibraltar Squadron delivered to the Rock

The two Archer-class P2000 vessels HMS Pursuer and HMS Dasher were delivered on the ro-ro ship MV Hurst Point, which is operated under charter to the Ministry of Defence.

They will replace HMS Scimitar and HMS Sabre, which arrived in Gibraltar in 2003 and have been in constant service since.

“Over the coming weeks the crews from both classes of vessel will work alongside each other to facilitate the transfer for skills in order for RNGS personnel to competently operate the new craft,” HQ British Forces Gibraltar said in a statement. 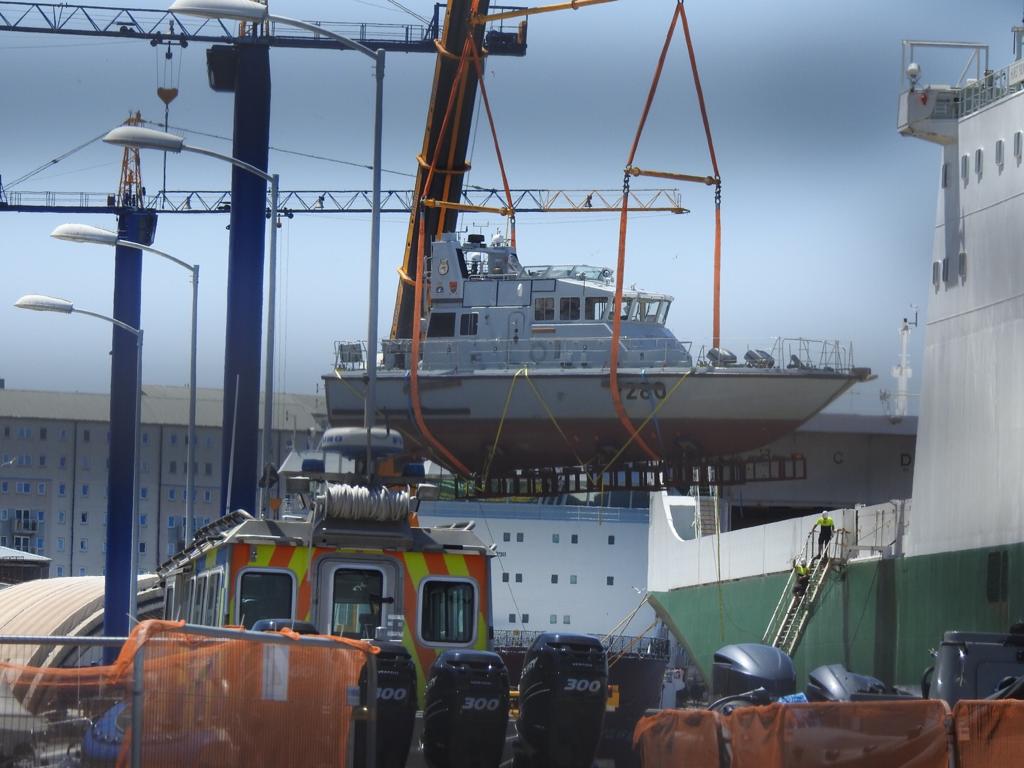 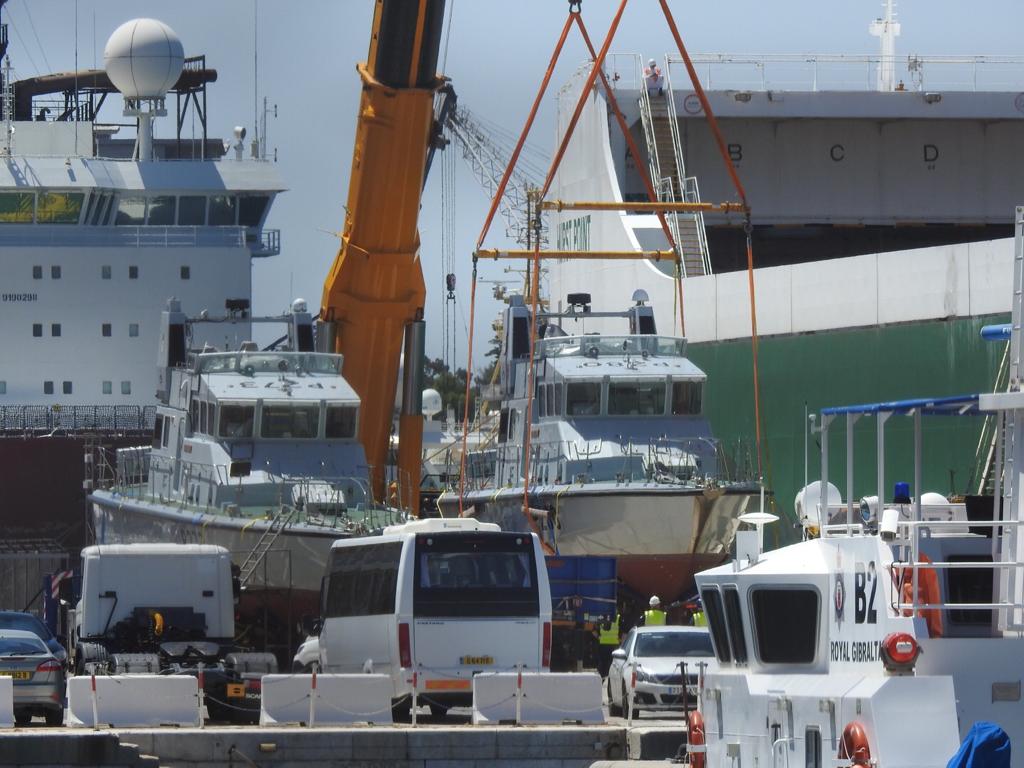 “The project to permanently replace Scimitar and Sabre is well underway, but in the meantime Dasher and Pursuer will continue to provide force protection and demonstrate sovereignty throughout British Gibraltar Territorial Waters.”

“Scimitar and Sabre have provided exceptional service to RNGS since their arrival on the Rock in 2003 when they replaced the previous P2000s HMS Ranger and HMS Trumpeter, the latter previously being commanded by the current Commander British Forces Gibraltar Commodore Tim Henry.”

HMS Scimitar and HMS Sabre spent a decade in Northern Ireland before being transferred to Gibraltar and are being replaced after nearly 30 years’ service under the wide-ranging programme to upgrade the RN’s small boat flotilla.

HMS Dasher and HMS Pursuer are considerably larger and more complex vessels to maintain and operate than HMS Sabre or HMS Scimitar.

Among the differences are cabins, mess, galley and bunks on the P2000s, as well as a rarely-used en-closed bridge.

HMS Pursuer was previously attached to Glasgow and Strathclyde University Royal Navy Units, and HMS Dasher to Bristol, although the 14 boats in the new Coastal Forces Squadron are increasingly being used for front-line training and operational duties such as the regular territorial patrols per-formed by the Gibraltar Squadron.