The Partido Popular won a resounding victory in Sunday’s regional election in Andalucia, securing an absolute majority in parliament and keeping the far-right party Vox out of government.

In the run-up to the vote, there had been wide speculation that without a sufficient share of the vote, the PP could have faced the prospect of having to form a coalition with Vox in order to form a regional government.

The PSOE secured 30 seats, down three MPs, while Vox gained two seats to have 14 MPs in the regional parliament.

The results represent a major boost for the PP leader in Andalucia, Juan Manuel Moreno Bonilla, who oversaw the handling of the Covid-19 pandemic in the region in partnership with Ciudadanos [Cs].

It also means Vox will not be able to block a PP government and will have no say in running the region other than through opposition in parliament.

Speaking after the result, Juan Manuel Moreno, the PP leader and President of the Junta de Andalucia, repeated the same message time and again: “Thank you, Aanalucia.”

And he underscored the moderate politics that have defined his time in office and his campaign, a sharp contrast from the brash message of Vox.

“I want this new phase to start with the humility that characterises us,” he told a large crowd gathered outside the party headquarters in Seville.

“This resounding victory is for al Andalucia, so let us be calm and humble in victory, because that is our way of doing politics and in life generally.”

Vox regional leader Macarena Olona shrugged off the result and moved to scotch speculation that she would leave her place in the Andalusian parliament to pursue her political aspirations elsewhere.

The result on Sunday was bad for Cs, however, which got no MPs elected.

Party leader and vice president of the Junta de Andalucia, Juan Marín, said he would resign his posts in the party on Monday morning and give way to new leadership.

In a statement after the election, he spoke of his sadness at the result and his pride in his party’s work in government.

And he added: “What makes me happiest about this result is that the Junta de Andalucia will not need Vox.”

“On this occasion, it’s been the Partido Popular.”

The result is indicative too that despite fears of a surge in support for the far-right Vox, voters instead backed the PP which, under the new national leadership of Albert Nuñez Feijoo, is moving back to the centre after years flirting with the extreme end of the spectrum of rightwing politics in Spain. 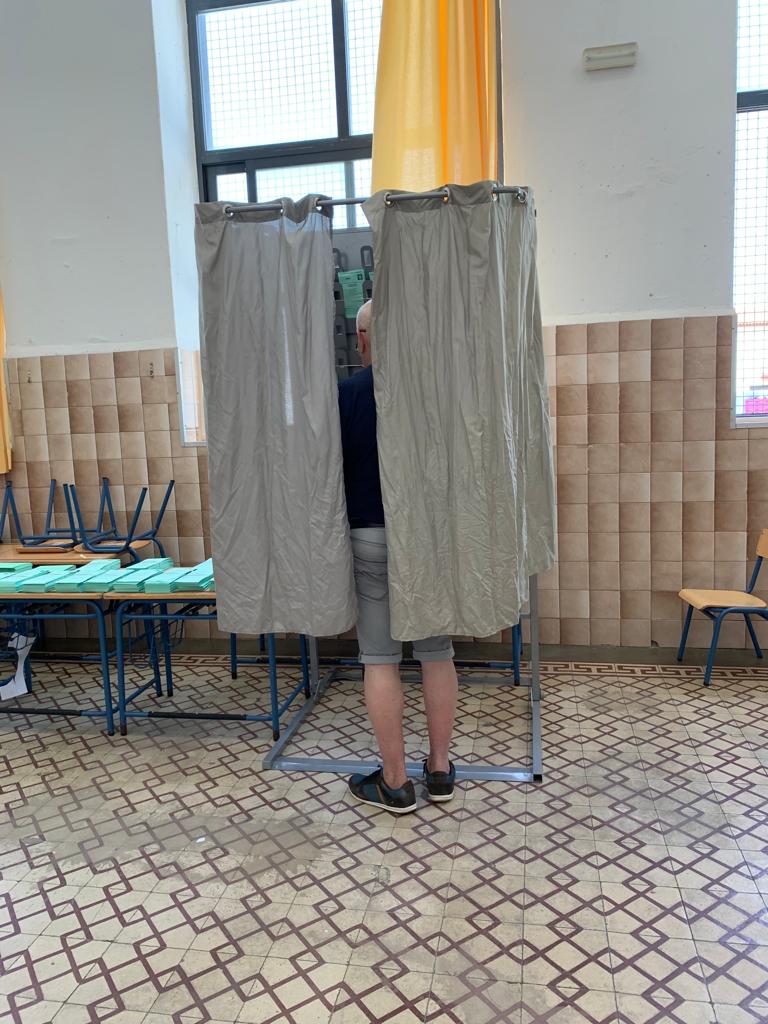 The message of moderation appears to have reached even left-wing voters who voted tactically for the PP in order to close the door to Vox.

The results in the Campo de Gibraltar mirrored voting patterns across Andalucia.