RGP and GDP vessels operating together during escort duties in BGTW. Photo by D Ferro

The Royal Gibraltar Police and the Gibraltar Defence Police have signed two agreements to ensure clarity of command and responsibilities in any joint operation.

The two memorandums of understanding seek to remove any grey areas in the way the two forces operate alongside each other, including in terms of jurisdiction.

One MoU “…clarifies the limitations of GDP jurisdiction, based to a great extent on similar provisions that exist in the United Kingdom,” the RGP said in a statement.

“It therefore provides the Commissioner of Police with the ability to request support from the GDP when such support is required.”

A second MoU relates to any firearms operations which involve both the RGP and the GDP.

It outlines the areas of responsibility and command function, channels of communication and primacy of command at various stages of a multi-agency operation. 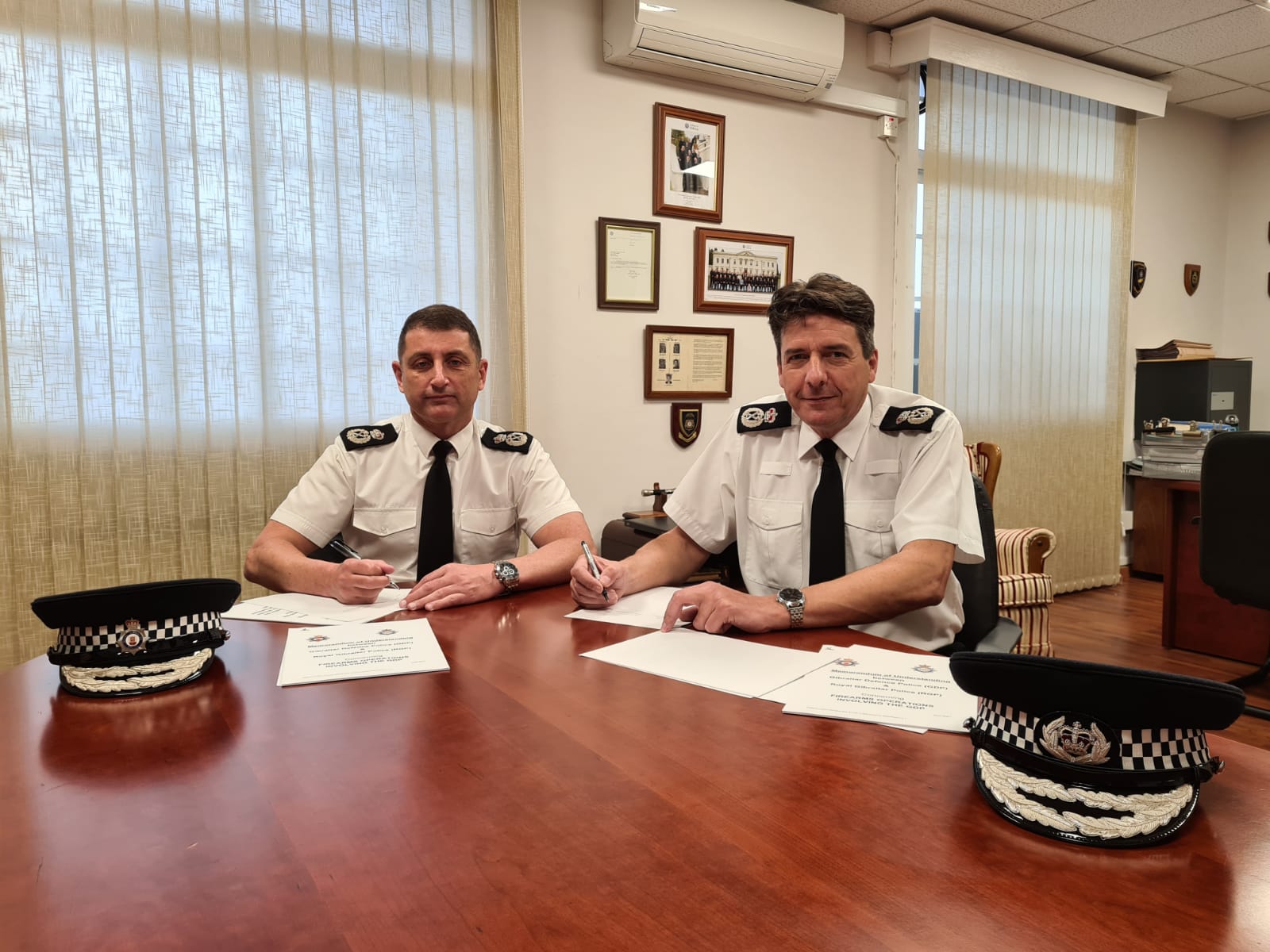 It is intended to provide clear guidance to both RGP and GDP for the deployment of GDP Authorised Firearms Officers operating in Gibraltar.

Richard Ullger, the Commissioner of Police at the RGP, said: “The signing of these two MOUs is an important step forward as we seek to remove any grey areas in the way that the two forces operate alongside each other.”

“After any major incident, especially one involving firearms, it is absolutely essential that everyone is clear as to the extent and limits of their responsibilities.”

Rob Allen, the Chief of Police for the GDP said: “The Commissioner and I are committed to ensuring that the most seamless policing service possible is delivered for both Defence and the wider community in Gibraltar.”

“This MoU will further strengthen the bond between the two forces and provide the means for GDP officers to act in all necessary circumstances; this can only be of benefit to the wider community as well as defence interests in Gibraltar.”