RGP’s focus is on ‘genuine policing and security tasks’

The Royal Gibraltar Police on Thursday sought to deflect criticism of its role policing last night’s Three Kings Cavalcade, explaining it had deployed a “considerable” number of uniformed and covert officers focused on core policing duties both ahead of and during the event.

The criticism arose following a change in the RGP’s approach to public events, which followed a recommendation from His Majesty’s Inspectorate of Constabulary and Fire and Rescue Services [HMICFRS]. 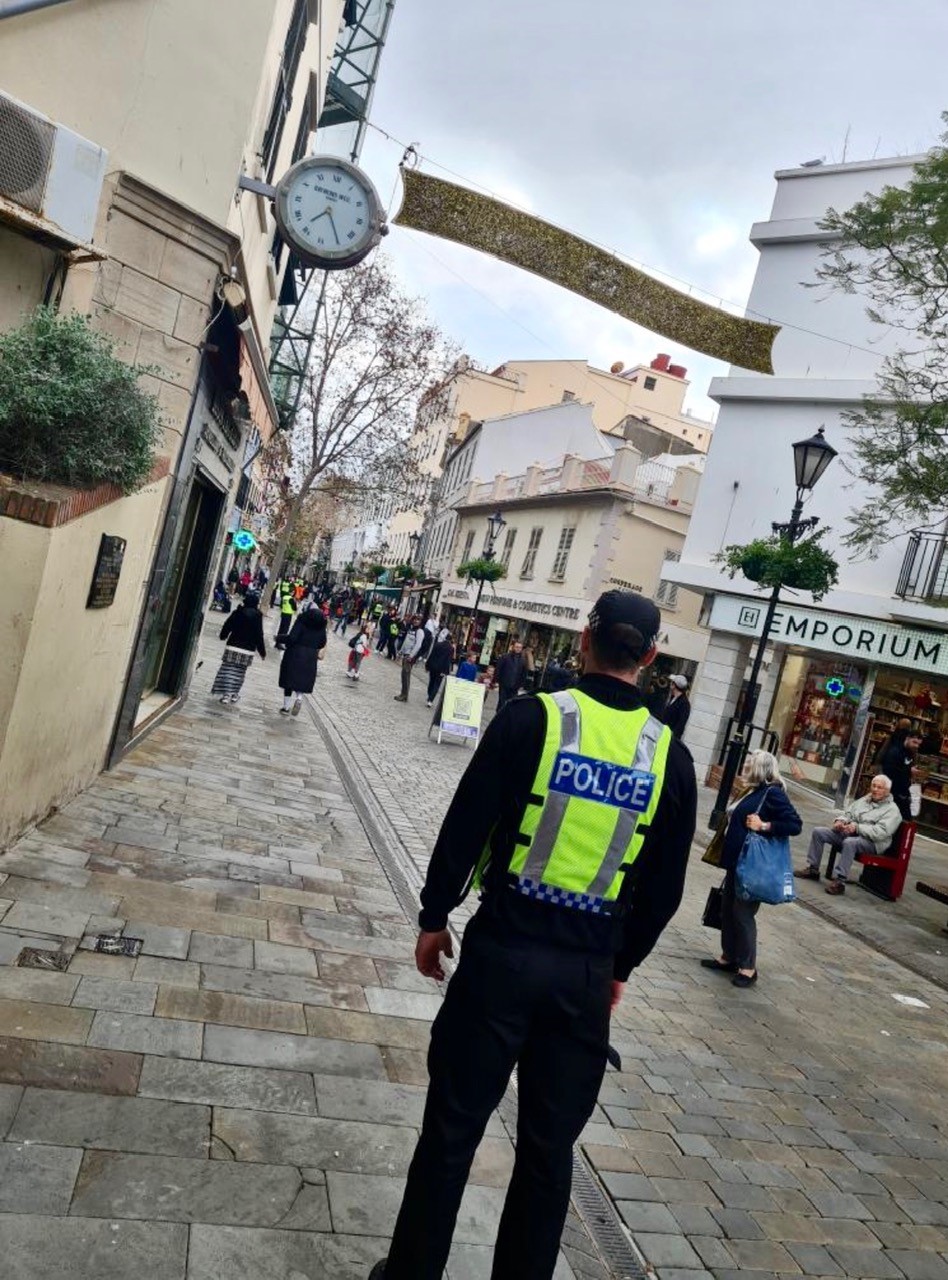 The decision is not new, however, and had been explained in detail by Mr Ullger in an interview with the Chronicle as far back as July, 2021, as the RGP reviewed its priorities following the HMICFRS report.

“The recent HMICFRS report highlighted that our police officers are a valuable and sometimes expensive resource, and one that should be used for genuine policing and security tasks,” said Richard Ullger, the Commissioner of Police, ahead of the event.

“Unfortunately, in the past, they have sometimes been used for general marshalling and stewarding duties, which do not require officers who have the powers of arrest.”

“I trust that the community will understand that, in the future, the RGP will focus on public safety and security, so we will be looking to the organisers of an event to find the resources to carry out those non-policing tasks which could be done by people without the constabulary’s powers.”

“I want to reassure the people of Gibraltar that public safety in its many forms is my priority and we will be working with partners to achieve this.” 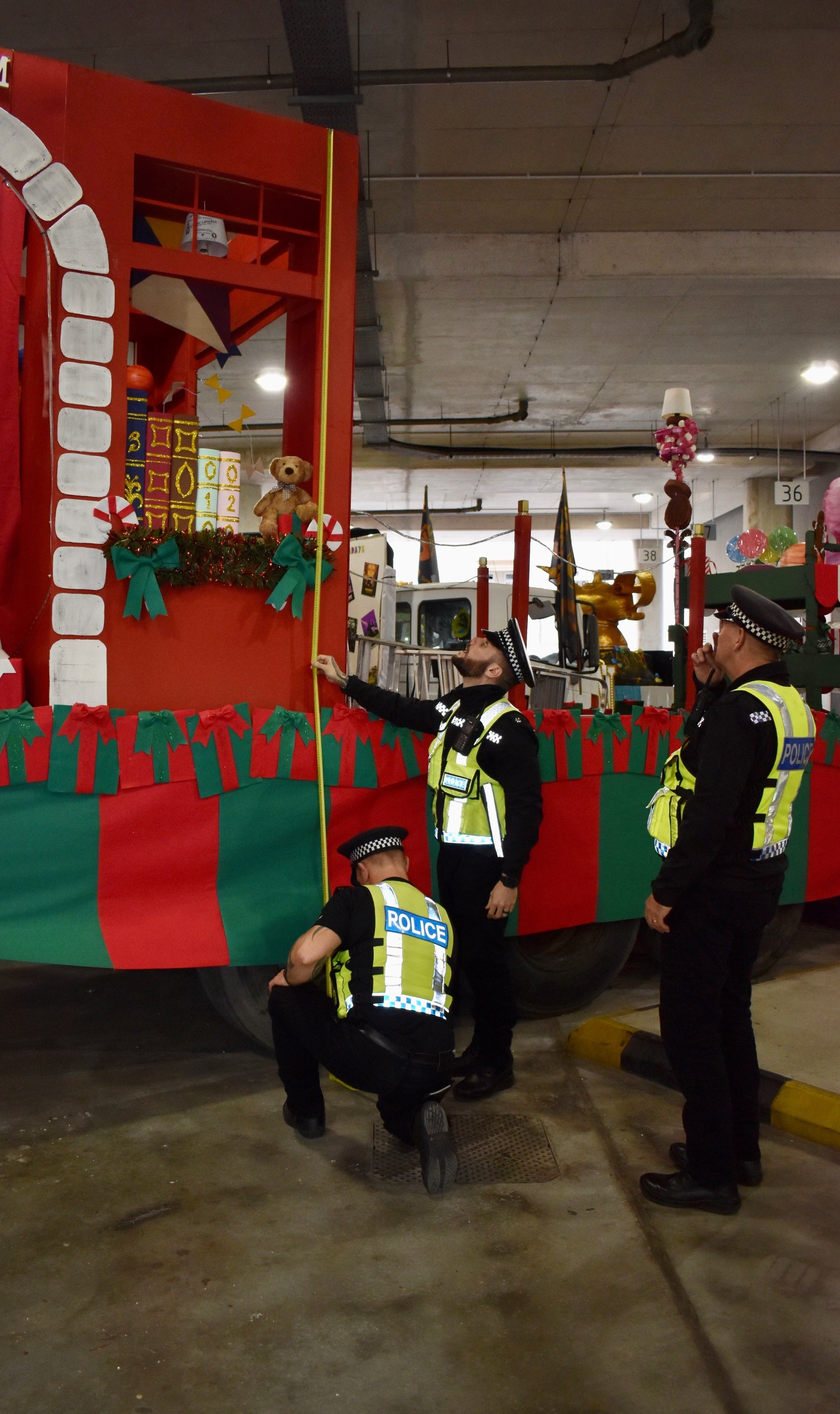 Throughout Thursday, RGP officers concentrated on all aspects of policing in order to ensure public safety and to deter any criminal activity.

Through the Safety Advisory Group, the RGP also worked closely with other partner agencies to ensure proper management by all parties of risks and responsibilities.

On Thursday morning, officers from the Roads Policing Unit were confirming that the Traffic Plan was ready for action and that all special road signs were ready to be deployed at 6pm, when traffic restrictions and diversions came into force.

Officers also inspected all the Cavalcade’s floats to ensure that none was too tall or too wide and that none had anything that might cause injury to the participants or people in the crowd.

The same officers were on duty until all the traffic was flowing normally after the Cavalcade, effectively meaning a 14-hour day for them. 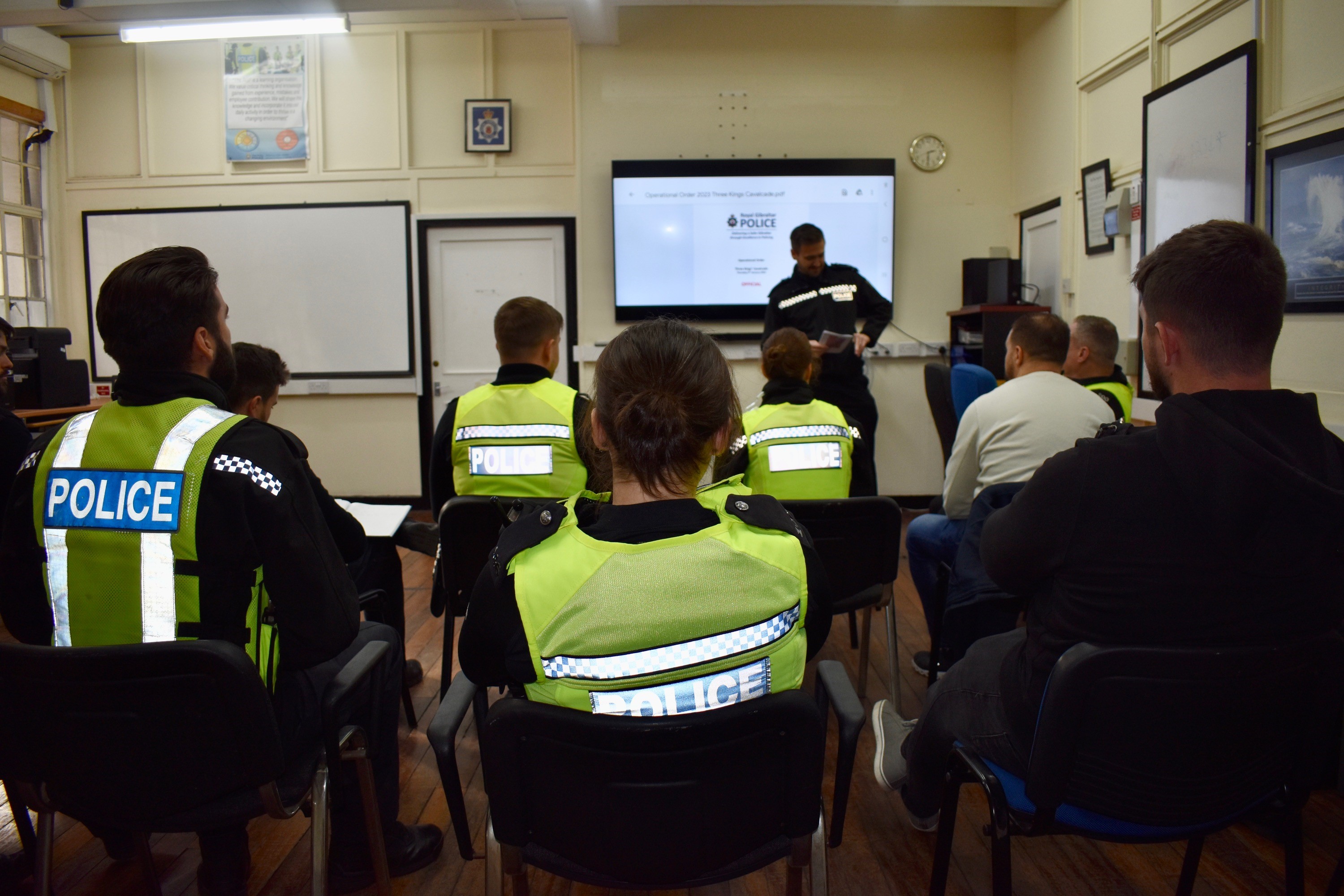 Other officers carried out security searches in Casemates and Main Street, checking bins, manholes and drain to ensure that nothing potentially dangerous had been hidden along the route.

Specially-trained Project Servator officers were also deployed around the Main Street area to keep to look out for anyone involved in criminal activity.

At the Cavalcade itself, a considerable number of officers were deployed, some in uniform and some in plain clothes, ready to deal with any issues of public safety or criminality.

Other officers were held in reserve in case they were needed.

“I think the Cavalcade organisers do a tremendous job and the community should be grateful to them, Mr Ullger said prior to the Cavalcade.

“Like everyone else, I really missed this event during the pandemic and I’m sure that tonight’s event will be a huge success.”