Brothers Fred and Richard Fairbrass, known globally as songwriters and band members of 90s group Right Said Fred, are asking people on the Rock to take part in a TikTok challenge to raise awareness for mental health.

The brothers, who became famous 30 years ago with their hit single ‘I’m Too Sexy’, have recorded a TikTok video and have challenged people to film their own versions in the hope the campaign will go viral around the world.

T-shirts being sold locally alongside the video launch will raise funds for two charities, one of them international, the other based in Gibraltar.

“We hope people get onboard with our TikTok challenge, share it with their friends and try to get a little bit of a movement out of it,” Fred told the Chronicle.

“Because I think mental health in particular at the moment is a worldwide issue.”

The challenge launched on Wednesday and is based on their iconic song ‘I’m Too Sexy’, which came out 30 years ago and attained the Number One spot not just in the US but in 32 other countries.

It can be viewed here https://vm.tiktok.com/ZMRgNaUMs/ 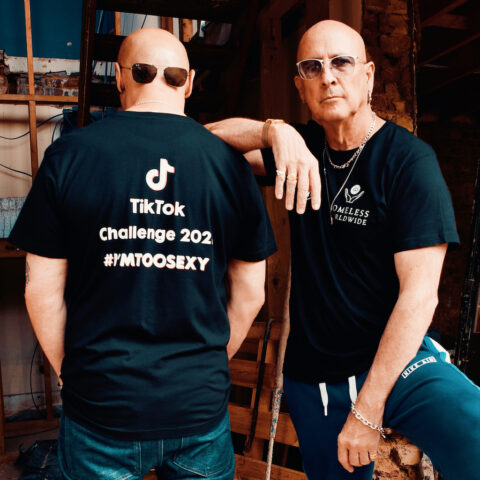 The lyrics include the line: “I’m too sexy for my shirt.”

“We do a little thing on the TikTok video where we turn and we change shirts like that [clicking his fingers] and that is the challenge for people to try and do their own version of it,” said Fred.

“If they haven’t got their own t-shirt yet or they are able to come up with something else, that’s ok, it is meant to be fun.”

In the TikTok video launched on Wednesday, the singers wear t-shirts that are available in Marble Arc and Diamond Occasions.

The proceeds of each t-shirt sold will go to charity.

The brothers shot their video in Gibraltar.

“And, we do this little turn as on the catwalk,” said Richard, giving a nod to another line from their song.

“I think ours will probably be one of the worst,” he laughed.

“You don’t have to try and copy us but do your own version of it.”

They hope that the challenge will go viral around the globe given how interconnected people are and that it helps bring awareness to mental health issues.

“Although Gibraltar is the hub of where it started we are very keen to see this to go right around the world,” said Richard. 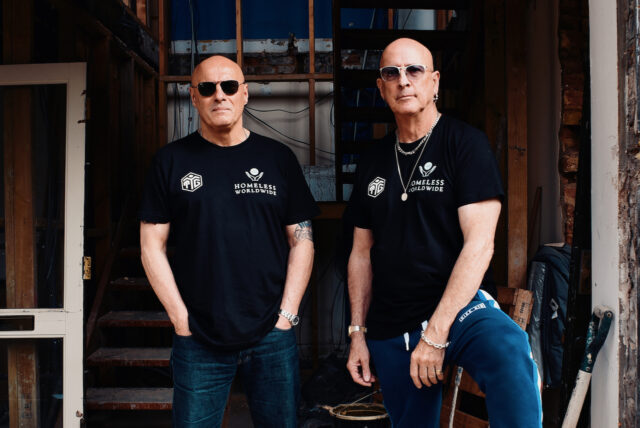 He added that as they used the Gibraltar flag, they hoped others on the Rock would do so too and then, in turn, so would participants in other countries with their flags.

“100% of all donations will go to Homeless Worldwide and [Gibraltar-based mental health campaigner] Tony Gaul mental health after overheads and costs,” said the organisers behind the challenge with Right Said Fred.

“100% of t-shirt sales will go to Homeless Worldwide/Mental Health Tony Gaul after overheads and costs. Our priority is to help Gibraltar first.”

The brothers were invited to Gibraltar earlier this year by their friend Jenny Roberts, who deals with a lot of celebrities visiting the Rock, and returned again recently, spending National Day wearing red and white and enjoying time with new friends Michael Crome and his family at the Yacht Club before watching the fireworks.

“When we came over we started walking around Main Street and Irish Town and I was really impressed about how pretty it was and how friendly everyone was,” said Fred.

“Then we started meeting some really interesting people who we thought were lovely and the whole atmosphere of Gibraltar was great.”

Using the fact that Ms Roberts had been working with Homeless Worldwide and given the fact mental health is a big issue for the band, the brothers were keen to take on the campaign.

“We both have suffered from depression for about 25 to 30 years and we have worked with mental health issues before so when Jen suggested that and also in the last 18 months particularly people have suffered a great deal for obvious reasons,” said Fred.

“Then we met with Tony Gaul and between him and Jenny this thing started to get some momentum.”

They have also been speaking with mental health professional Dr Shereen Saleh, so as to ensure they are providing the best awareness for mental health.

“I know it sounds corny but without a team things rarely get done so these people putting all this stuff together has made an ambitious project very doable,” said Fred.

“Some people think that mental health is being in just a bit of a down mood and being fed up,” Richard added.

“It is a lot more complicated than that and it has many different faces.”

“It is a medical condition but sadly you can’t see it and that is the problem.”

“Of course you do not need to be clinically depressed to have a mental problem of one kind or another.”

He added that problems like anxiety, if not dealt with, can lead to something physical.

Reflecting on their life within the music industry and with the record companies in particular, they noted that companies were never sympathetic to how they were feeling and showed no concern for their mental health.

“When we had problems, their response was ‘pull yourself together’,” said Fred.

At the forefront of the campaign is the knowledge that the Covid-19 pandemic has had a severe impact on the mental health of many people, especially the elderly.

They believe the timing could not be better for a challenge to go viral, with the group recently achieving another Billboard chart-topping success, this time because iconic artist Drake has used their hit song ‘I’m Too Sexy’ as ‘inspiration’ for ‘Way Too Sexy’.

“We are very happy, Drake has done a good job,” Fred told the Chronicle.

“We think the record is great and the success of it is extraordinary.”

“We knew about the use of ‘Sexy’ about four months ago. We think his album went five time platinum the day before it’s release. Bonkers numbers,” he added.

Richard said he is very pleased for the song itself.

“Because when we first started the song got a short shrift from everyone in the business and everyone hated it,” he said.

“Now I am more inclined to trust people, regular punters, as they have a better ear and they love it.”

“It’s staggering to believe that it is carrying on year after year.”

They also noted that Taylor Swift’s interpolation of the song in her hit ‘Look what you made me do’ was also very good.

In the space of four years, the brothers have two number ones in the US adding to their own original success 30 years ago.