The first Wizz Air flight from London Luton landed on the Rock Friday evening, six weeks after the new service was announced.

Despite the Covid-19 pandemic hitting airlines around the globe, Wizz Air UK, the group’s British airline, is expanding its network and offering flights twice a week from Luton to Gibraltar.

The airline also announced a new service from the UK to Madeira. 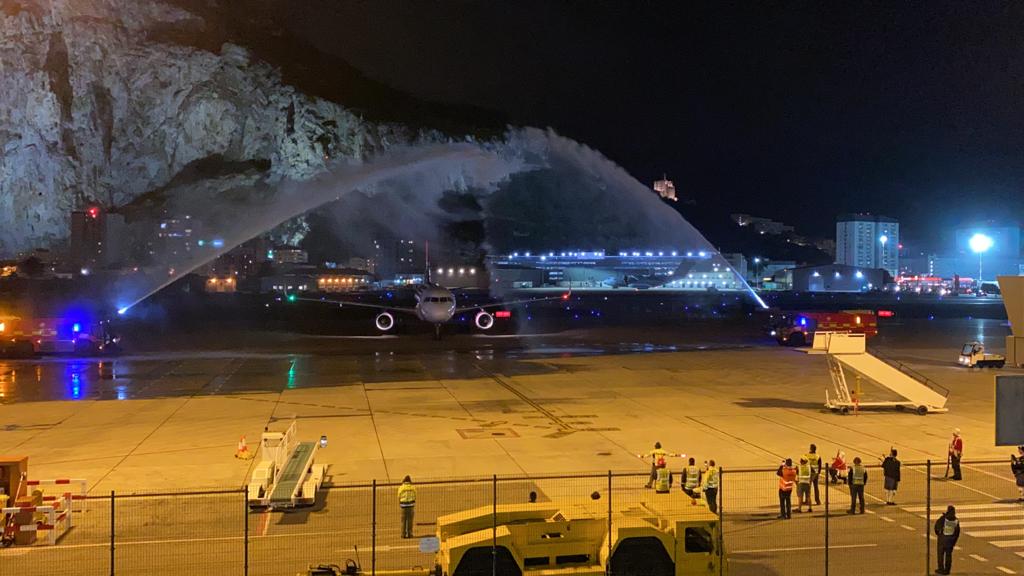 Departing Luton a little later than scheduled, the flight arrived in Gibraltar on time and was welcomed by a water cannon salute provided by the Airport Fire and Rescue Service.

“It was amazing, a beautiful experience and seeing the Rock all lit up, wonderful,” said Captain John Selman, the aircraft’s pilot. 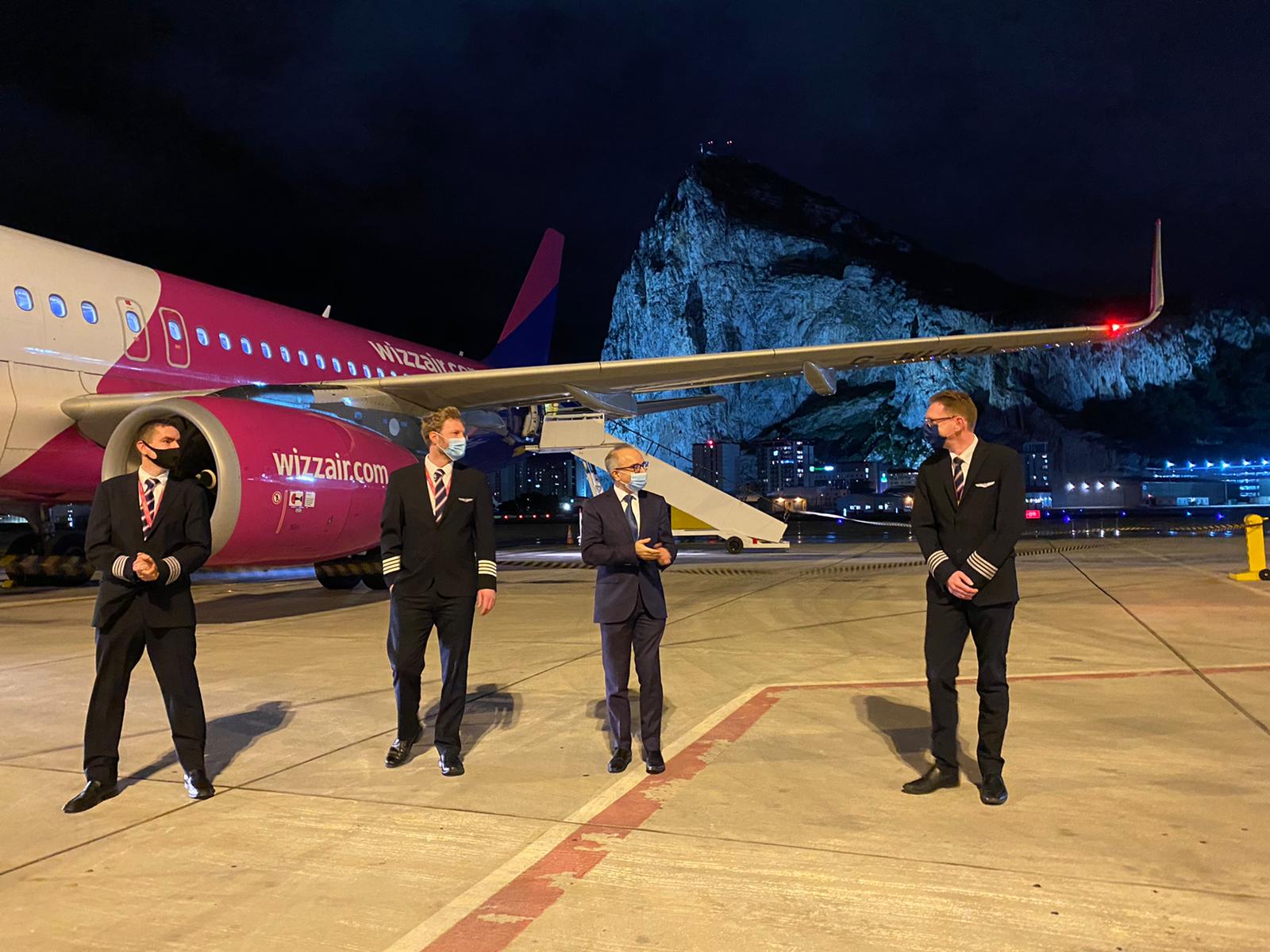 Greeting the Airbus A320 and its crew and passengers was the Minister for Tourism and Transport Vijay Daryanani.

“We’re in the middle of pandemic and we have a new airline flying to Gibraltar.”

“That’s what Gibraltar plc wants and that’s what the government wants.” 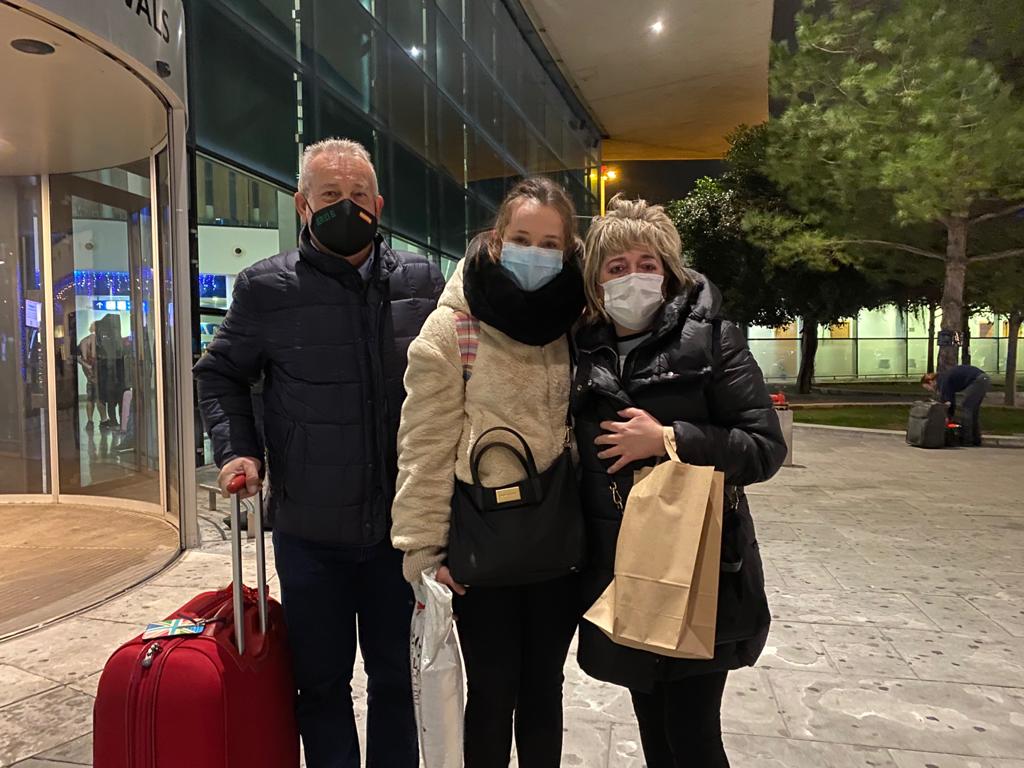 The human importance of the air link was illustrated in the arrivals hall, where families waited to greet their loved ones.

Among them was Cristina Muñoz, a Spanish teacher who works in the UK and had not seen her family since August.

Also welcoming passengers as they came off the plane on Friday were two members of the Re-Enactment Society, Alfred Jeffries and Steven Freyone, along with pipers Tarik el-Yabani and Tony Galliano from the Gibraltar Sea Scouts..

EDITOR'S NOTE: An earlier version of this article wrongly identified Steven Freyone as one of the pipers and Tony Galliano as a member of the Re-enactment Society. It was, in fact, the other way around, and the article has been corrected.