Roman artefacts in frontier tunnel could be shipwreck remains

Human remains and Roman ceramic fragments have been discovered during excavation work on the airport tunnel, raising the possibility that they were washed up on the isthmus from shipwrecks going back hundreds of years.

The discovery was made by archaeologists from a company called Astarté, which has been contracted to monitor the work on the tunnel to record any material of historical importance.

“Although the area had already unearthed other archaeological material, such as cannon balls and more recent military structures, it was very exciting to be informed of this discovery," said the Minister for Heritage, Professor John Cortes.

"We are now ensuring much more effectively than ever that no opportunity is lost in charting our rich heritage."

"It clearly demonstrates the breadth of Gibraltar’s history, where at the same location, one day you are looking at WWII structures, the next, artefacts dating to the Great Siege and the following day to Roman times."

"One can only imagine what may have happened, perhaps during a strong levanter gale, with the ship not being able to make it round to the shelter of the Bay."

"Such finds stimulate our thoughts to reach back into the rich history of our homeland.”

The items of ceramic materials and bones were discovered in the sand at a depth of six metres in a site made up of different layers of sand alternating with deposits of sea shells. 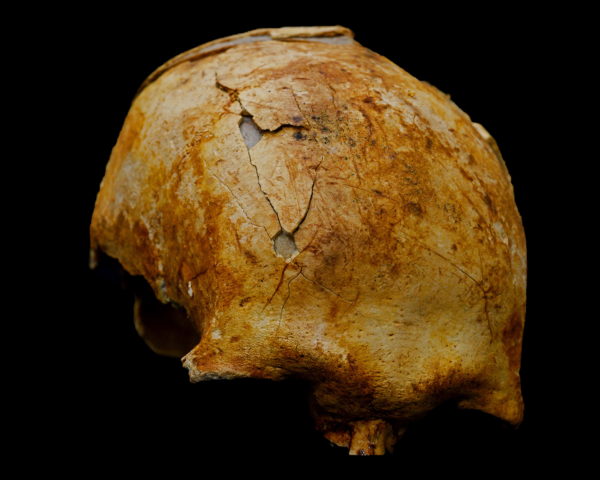 The find consists of nearly 200 fragments of varying sizes of Roman ceramics with elements from a range of dates and origins.

They include fragments of Terra sigillata Africana, a type of high quality reddish ceramic which was very common in Roman times, along with remains of amphorae from different dates and provenance such as the Late Period covering the 3rd to 5th centuries AD, and possibly from the region of Lusitania, a Roman Province that covered what is now Portugal and the province of Extremadura in Spain.

There is also a set of fragments of amphorae that can be placed between the 1st century BC and the 1st century AD, and which are common in the south of the Iberian Peninsula.

The most common use for these amphorae in the area of the Strait of Gibraltar was for the transportation of products derived from the salting of fish, including the fermented fish known as garum and highly valued in Roman kitchens.

The fragments of Terra sigillata Africana ceramics, seem to be from a later period – possibly between the 4th and 5th centuries AD - and as is common in this type of ceramics, they contain embossed or patterned decorations.

In this same context, a human skull was also found, which a very preliminary analysis suggests may have belonged to a middle-aged male individual.

"Due to the types of strata in which the material was found, the presence of marine concretions on the pieces, and the nature of the assemblage which includes material from different dates, it is possible that they originated from sunken ships in the vicinity, towards the area of the isthmus, where they have remained until today," No.6 Convent Place said in a statement.
The Ministry for Heritage and the Gibraltar National Museum will now be carrying out further study on the artefacts.