A lifelong interest in local history, finance and politics were all contributing factors to Roy Clinton’s first book, Eliott’s Gold.

Speaking with former Chronicle Deputy Editor, Alice Mascarenhas, during Literature Week, the GSD MP and keen local historian explained the idea initially came to him for an article for the Heritage Trust Journal.

But the further he researched General Eliott’s role during the Great Siege, Mr Clinton realised he had gathered enough information to write a book.

Together with the Naval Commander, Brigadier Curtis, General Eliott pursued a claim for a prize and bounty for the Gibraltar Garrison and Naval Department during the Great Siege. 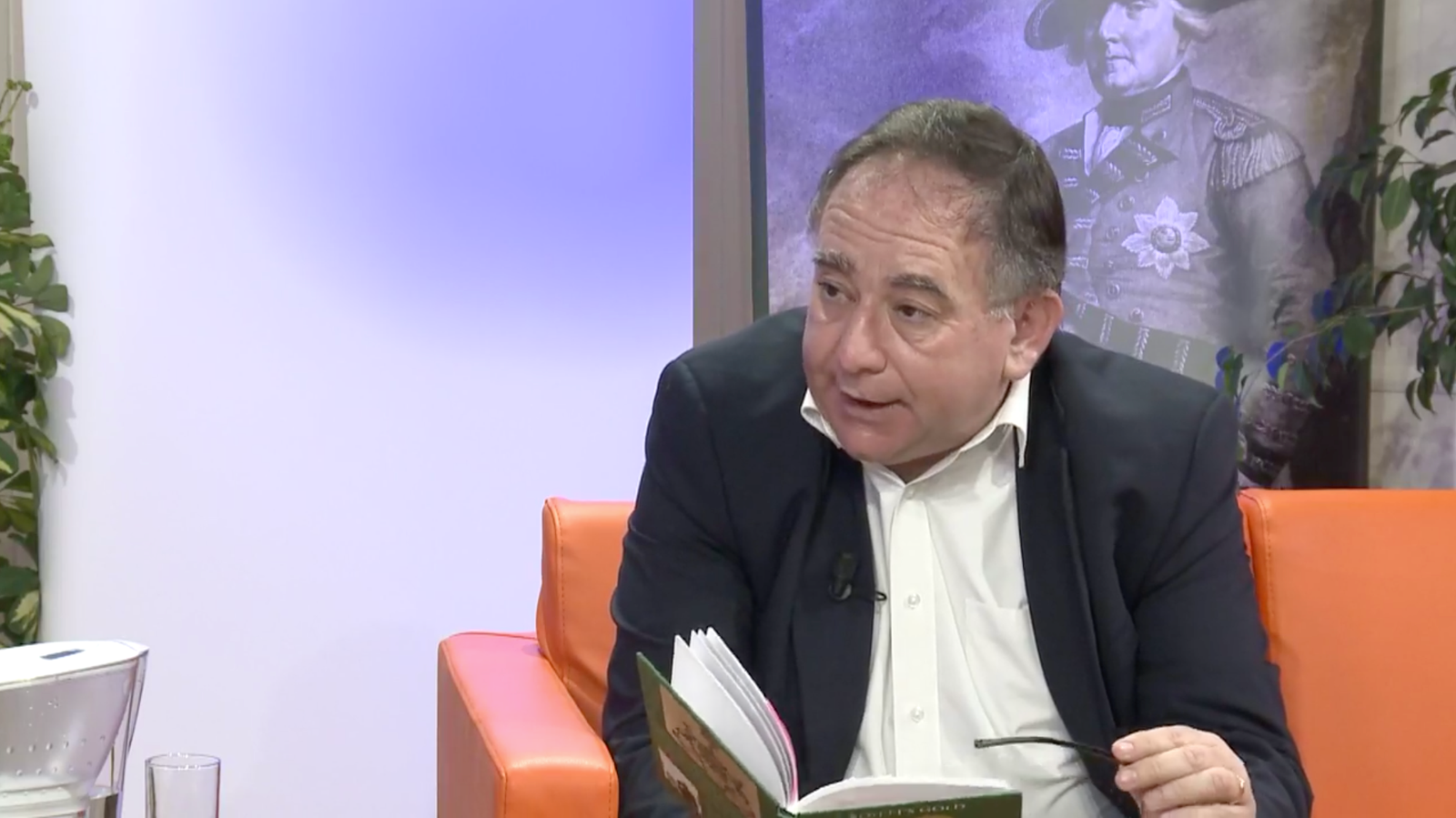 The book focuses on the aftermath of the Great Siege, and how General Eliott, who was the Governor of Gibraltar at the time, approached the UK Parliament to be rewarded with the naval prize money.

The Garrison and naval presence was awarded £30,000 in prize money for taking down the Spanish fleet, a sum which Mr Clinton equated to £4.4million in current terms.

“There is a lot going on but what you find in the standard military history of Gibraltar is that the gunfire, the action, the sortie, the attack of the floating batteries, and what I found with this particular story is a continuation, almost like a post script to the main event,” Mr Clinton told Ms Mascarenhas during their talk.

“And all the books I had on the siege stop short of talking about this.”

During his talk, Mr Clinton spoke about his childhood and growing up in Gibraltar in the 1970s when the border was closed and the whole Rock was “a great theme park”.

But at home he had one of two options, either to watch the football on TV or read, and Mr Clinton chose to read George Palao’s books about Gibraltar’s history which also carried an element of mystery.

Despite eventually becoming an accountant and then a banker, Mr Clinton was a keen historian and has amassed his “own reference library” on books about Gibraltar.

Mr Clinton felt he had to “carry out an audit” and trace the money and how it came into the hands of General Eliott.

“Having spent time in politics, this is where war, money and politics all came together,” Mr Clinton said.

“And given my career and current interests, it is something I can perhaps interpret in a different way than a military historian would.”

“One thing I do know now is that Acts of Parliament do not happen by accident, they happen by process and someone has to start that process.”

At the time, capturing enemy ships was the greatest “get rich quick scheme” but this money was not often shared with the army.

There was a legal obstacle and technically General Eliott was not entitled to claim this money, Mr Clinton said.

“On the one hand, politically, the Government wanted to give him a pat on the back, and bear in mind they just lost America or were about to lose America,” Mr Clinton said.

“So this was the only good news story the UK Parliament had.”

“He could have gone to court, but he would have lost so the alternate route was to petition Parliament asking it to act and change the law and that is what he did.”

“None of that has been written in any book that I have come across on Gibraltar up until now.”

“I found this petition to look through Parliamentary Hansard in England, and this is where my personal interest comes into it.”

“I worked backwards and ended up with these pieces of legislation.”