The Royal Gibraltar Regiment celebrated its 81st anniversary on Tuesday with a birthday parade at Devil’s Tower Camp.

The regimental flag was also flown at No. 6 Convent Place. 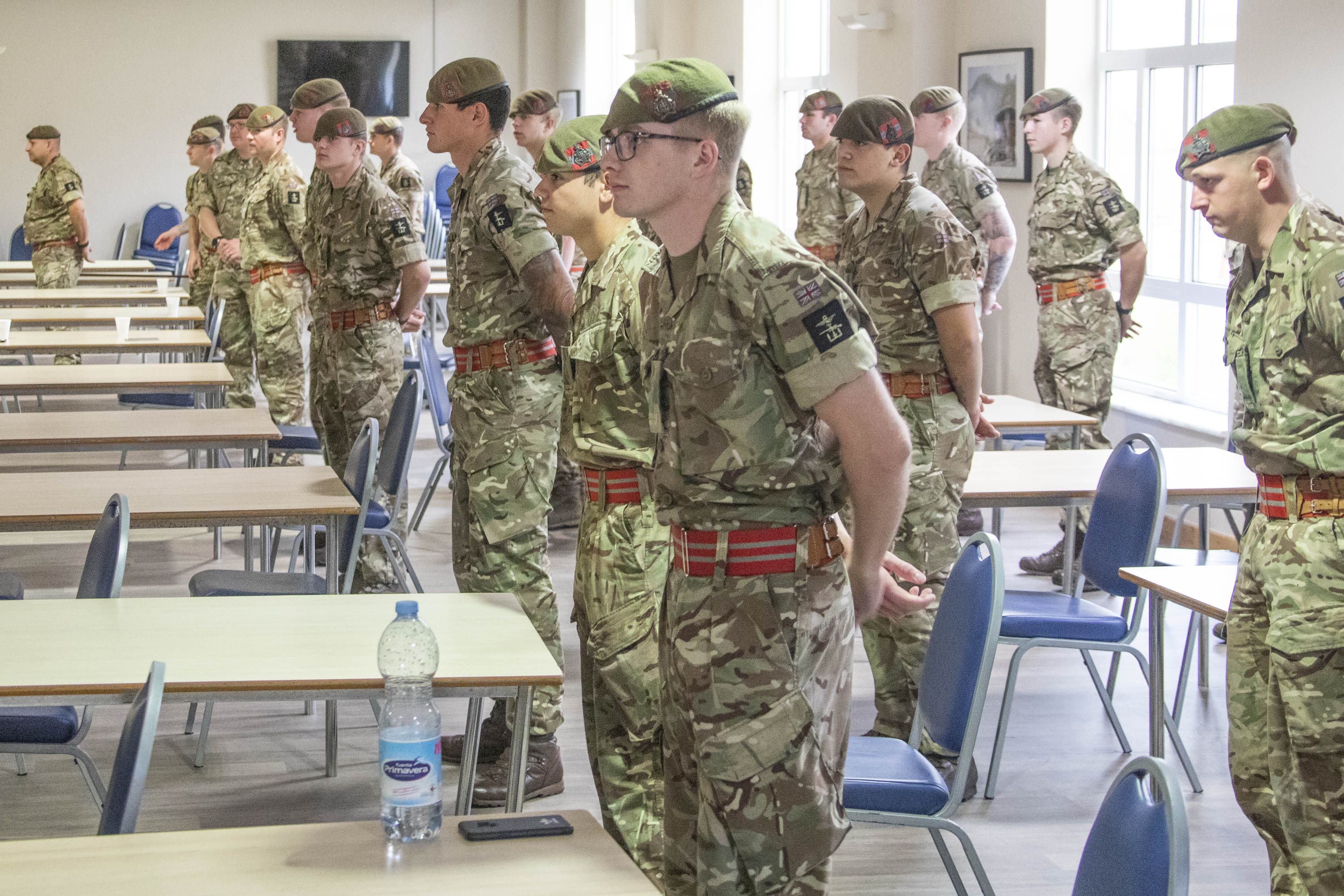 Troops from the Regiment gathered together in the Cookhouse to enjoy coffee and birthday cake, while socially distancing.

“As today we celebrate our 81st Regimental Day, I want you all to be proud also of your service. I am proud of you,” said Commanding Officer of the Royal Gibraltar Regiment, Lieutenant Colonel Simon Dyson.

“Gibraltar is proud of you. As we face and go through our current crisis, you have all stepped forward as Gibraltar has required it. And I know a long road is ahead of us but I know I can rely on us all to step forward again, as and when required. I wish you all a happy 81st Regimental Day.”

The attendees were treated to following historical readings of the raising of the Regiment on April 28, 1939, read by Second Lieutenants Thomas and Walsh. 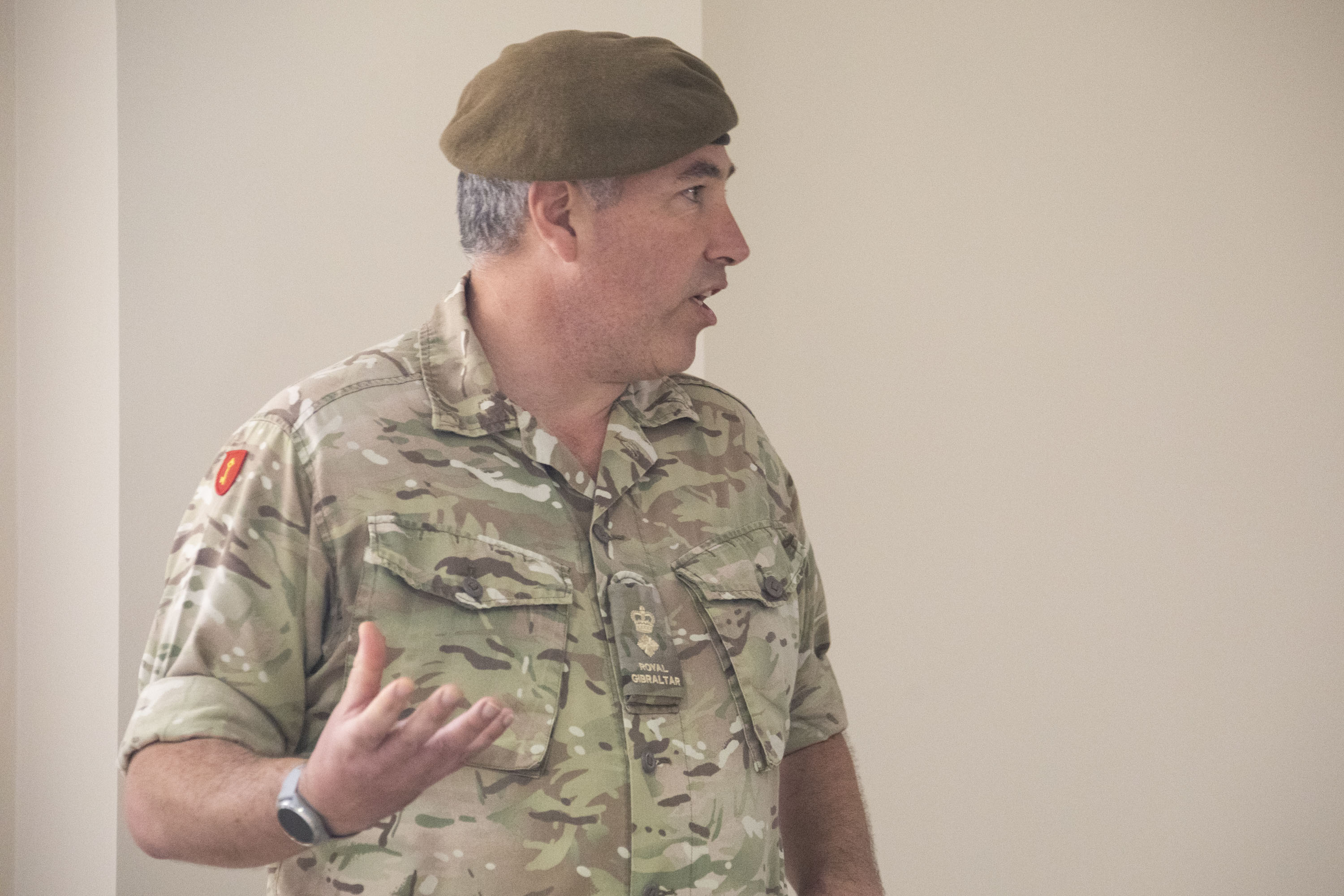 In Gibraltar, early in 1938, the then Governor General was in touch with the War Office regarding the possibility of training Gibraltarians for war-time duties.

“The initial plan was to form a uniformed labour force but this did not materialise and the idea developed into a scheme where men were trained in peace-time with a view to joining the ranks of the Royal Artillery in an emergency,” British Forces Gibraltar said in a statement.

“The plans were delayed by the inevitable concerns about the conditions of pay and service.”

“Any indication of this sort was bound to lead to problems and so it did. For the rest of the year, the colonial yoke slowed down the process although in February 1939 the situation was given new impetus and a fresh perspective by the arrival of the new Governor General.”

In April 1939 the first notices appeared, asking for volunteers for a Gibraltar Defence Force Anti-Aircraft section.

The notices stated that this section would, if the need arose, be mobilised and form part of the Rock’s defences.
The notices requested that volunteers report to the Fortress HQ, then at the site of the present Duke of Kent House.

When the volume of volunteers became apparent, extra clerks were called in to deal with the numbers turning up, British Forces Gibraltar added.

Following the original estimate, 50 men were selected from over 500 volunteers. 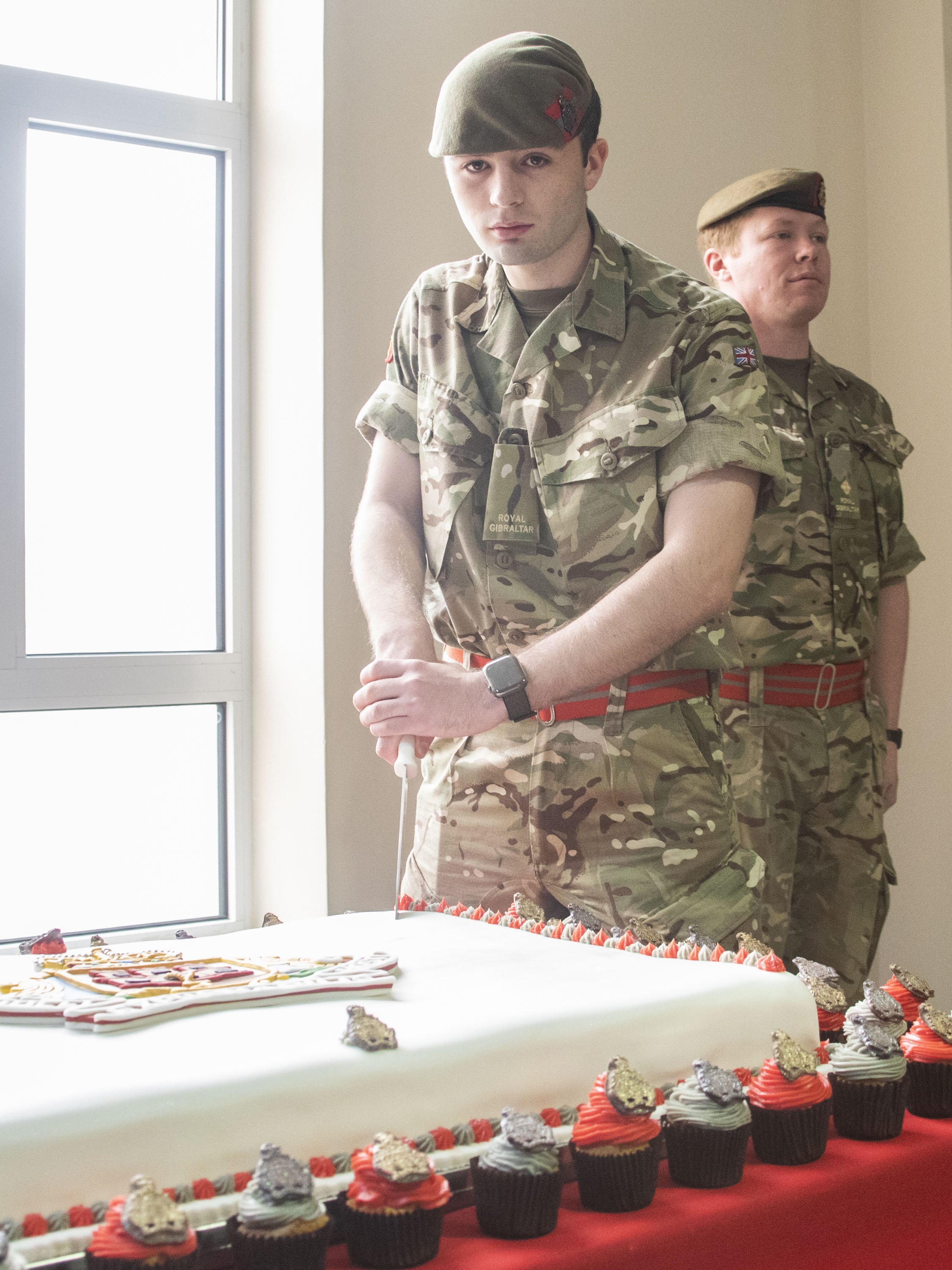 Those chosen few paraded for the first time on 28 April 1939.

This parade was later established and still continues as the Regiment’s Regimental Day.

As a thank you the Governor, Chief Minister and Commander British Forces Gibraltar all received a regimental birthday cake, delivered by the Port Sergeant Colour Sergeant Lee Turner.