By Vicky Shaw
New 50p coins depicting Christopher Robin, friend of Winnie the Pooh, have been launched by the Royal Mint.

The coins can be bought from the Mint’s website, priced from £10 for a brilliant uncirculated version to £1,125 for a gold coin. 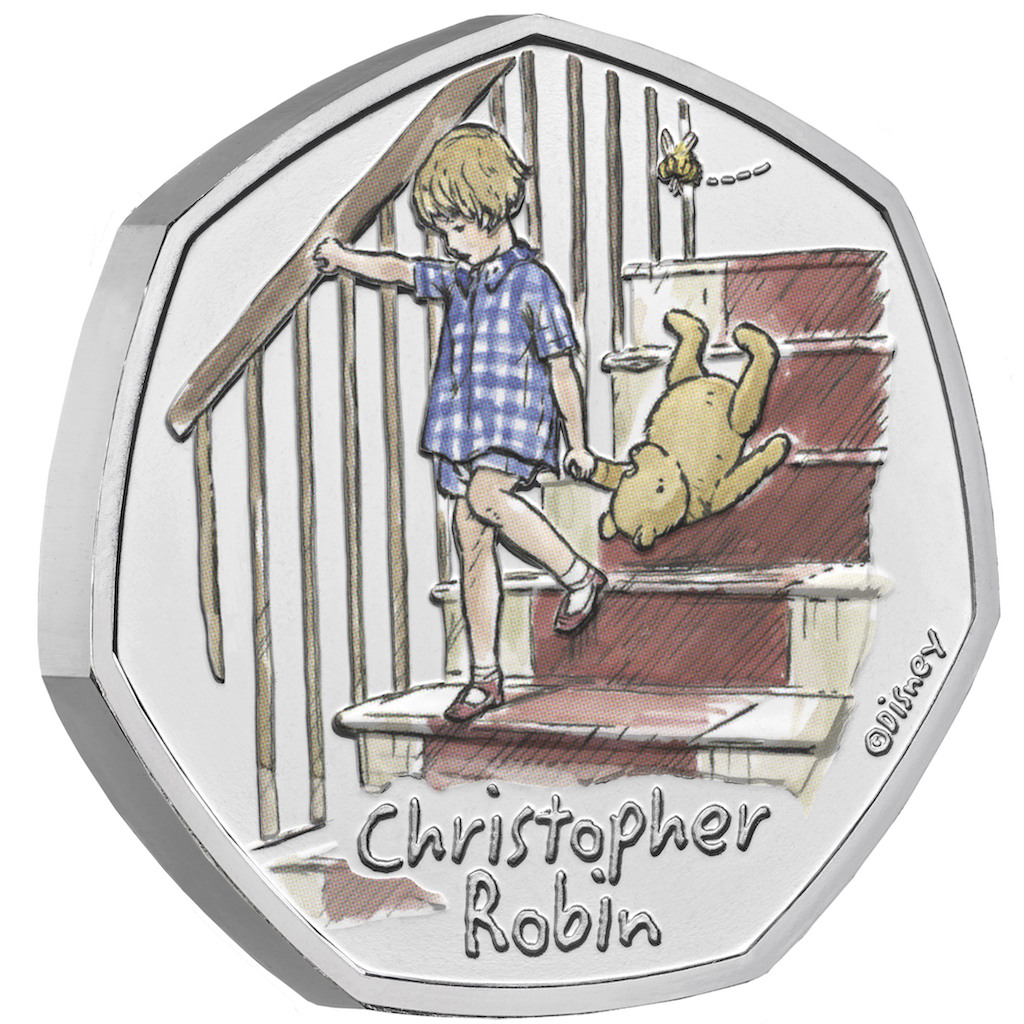 They have been released a century after the birth of the original Christopher Robin, the son of Winnie the Pooh author AA Milne, who inspired his stories. Christopher Robin Milne was born on August 21 1920 and died in 1996.

The new 50p is the second coin to be released in the Mint’s Winnie the Pooh and Friends series.

The coin depicts Christopher Robin coming down the stairs, bear in hand, illustrated using a watercolour technique the Mint developed for the first coin in the collection, Winnie the Pooh.

The Mint’s product designer Daniel Thorne worked on both the Winnie the Pooh and Christopher Robin coin, in close collaboration with Disney.

He said: “Taking an original illustration from a full page of a storybook and condensing it down to the perimeter of a 50p, yet not taking away the essence of the story is a difficult feat but working with the original illustrations has been an amazing opportunity to bring those stories to life in a brand new way.

“The popularity of our childhood character coins is no surprise, they allow us a great opportunity to introduce a sense of nostalgia coupled with a splash of colour to make these coins real collector’s items.”

Clare MacLennan, divisional director for commemorative coin and the Royal Mint Experience, said: “We have seen the success of our childhood character coins grow year-on-year and with endearing and appealing themes including the Gruffalo, Peter Rabbit and now Winnie the Pooh and Friends.”
(PA)