A Gibraltar Squadron patrol boat pictured during a recent exercise. Replacement vessels for the squadron are being purpose-built in the UK and will be delivered over the next two years.

The Queen has approved the names of two new fast patrol boats being purpose-built for the Royal Navy’s Gibraltar Squadron, the UK Ministry of Defence said on Wednesday.

The vessels will be named HMS Dagger and HMS Cutlass.

Dagger is a name new to the Royal Navy.

It was due to have been assigned to a weapon-class anti-submarine escort in late World War II but the conflict ended and the ship was cancelled.

Only one previous HMS Cutlass has served under the White Ensign during the 1970s with her sisters Scimitar and Sabre, although these latter vessels were not the same patrol boats that later served in Gibraltar.

HMS Cutlass was used to train Royal Navy and NATO warships to deal with the threat of fast missile/torpedo craft as part of the First Fast Training Boat Squadron. 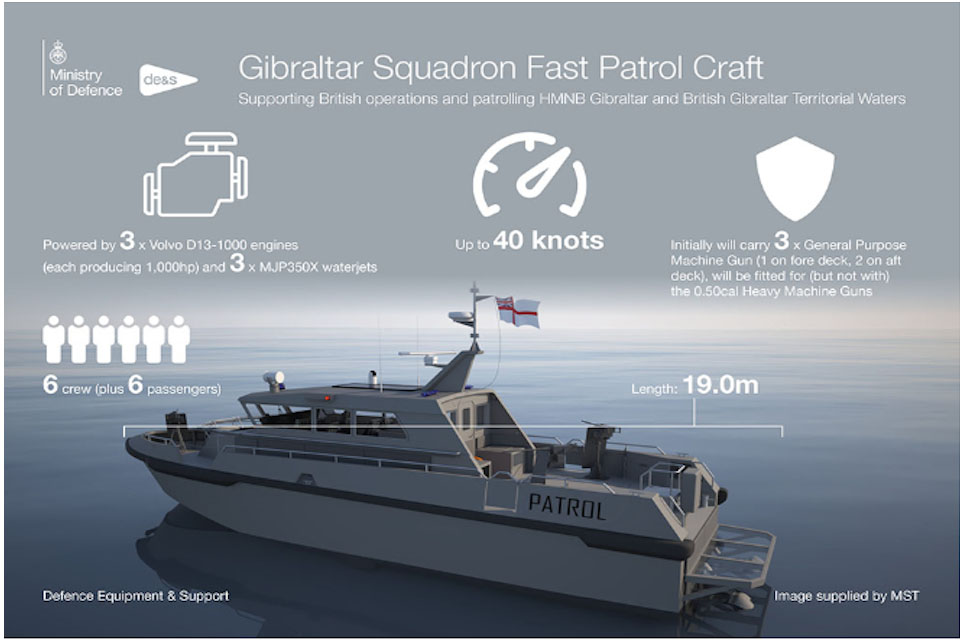 Both boats, which have been designed specifically with Gibraltar in mind, will be used to patrol British Gibraltar Territorial Waters.

They will also support British exercises and operations in the area and will keep close watch over Gibraltar’s shores, the MoD said when it first announced the deal in July last year.

The remainder of the contract will provide an additional four years of local In-Service Support.