Keiron Aquilina and seven of his friends are going to run the Malaga half marathon next month to raise money for The Nautilus Project.

Mr Aquilina started running in January of this year and in preparation he recently ran 17km in one hour 32 minutes, making him on target to achieve his goal of running the 21.1km in one hour 53 minutes.

“You have to consider I have to run up hills here but the course [in Malaga] is flat,” he said. 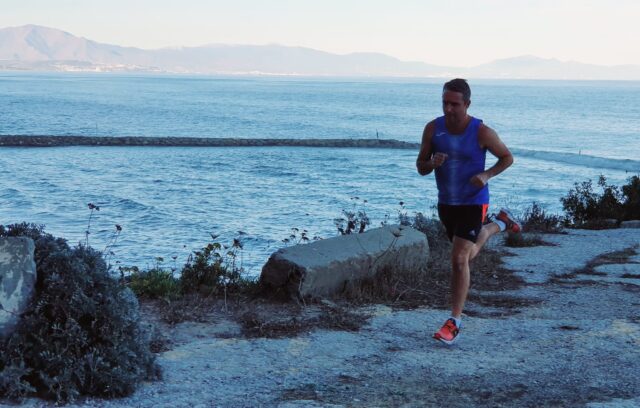 When he started to run he knew he wanted to achieve some mileage goals when doing so and he decided that a half marathon was the perfect distance to aim for.

He also knew he wanted to do it for charity but not necessarily for a charity that many already financial support at lot.

“One of the days I was going for a walk I met Lewis [Stagnetto] from the Nautilus Project and he is so passionate about what he does for our shoreline and once I finished talking to him I knew he was the charity I wanted to run for,” he said.

He also picked the Nautilus Project because he is inspired by the work they do with children.

“Check the Nautilus Project post on Facebook. There is a really good one where you can see the children’s faces all really enjoying themselves. That’s why I am doing it,” he said.

“Look at their faces, don’t tell me that’s not worth a donation,” he added.

The money he said will go to help the local marine environment and in turn the community of Gibraltar.

The race takes place on December 12 and the team have been training intensely for the event. However, Mr Aquilina’s training recently took a back seat when he was diagnosed with Covid-19 and had to stay at home.

The team have a target of £5,000 and Mr Aquilina has pledged if they reach that target he will dance across the finish line.

To donate go to https://www.justgiving.com/fundraising/malagahalfmarathon