A plume of Saharan dust moved over the Rock on Thursday, turning the sky orange as muddy rain covered outdoor spaces in a thin film of red sand. 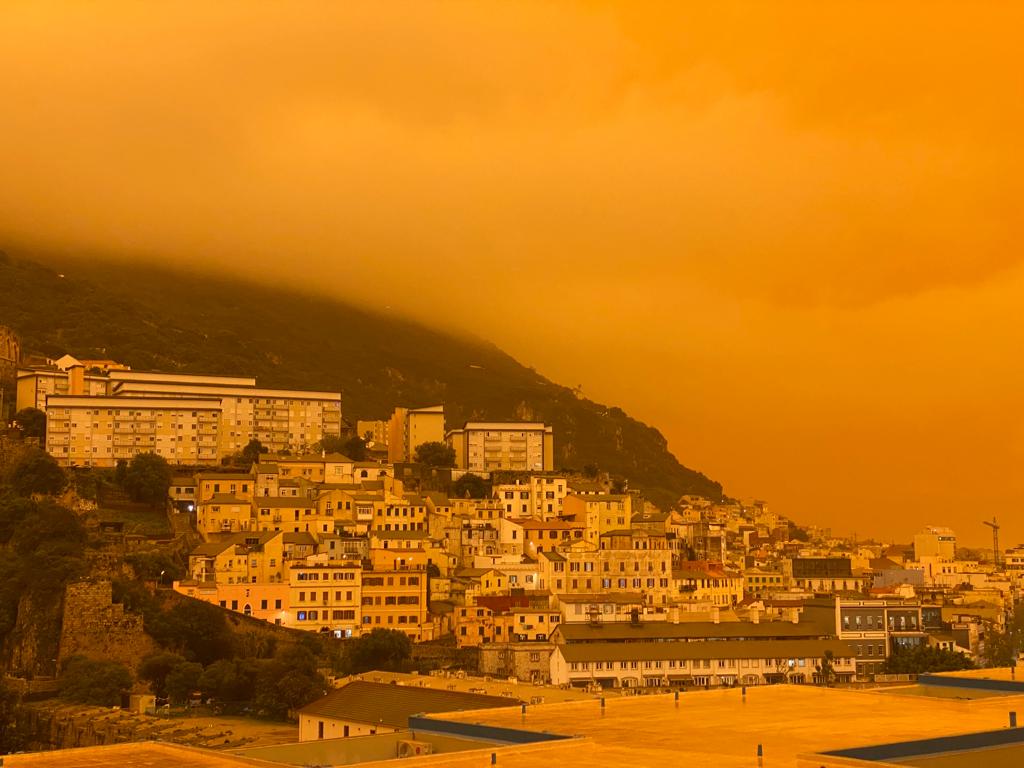 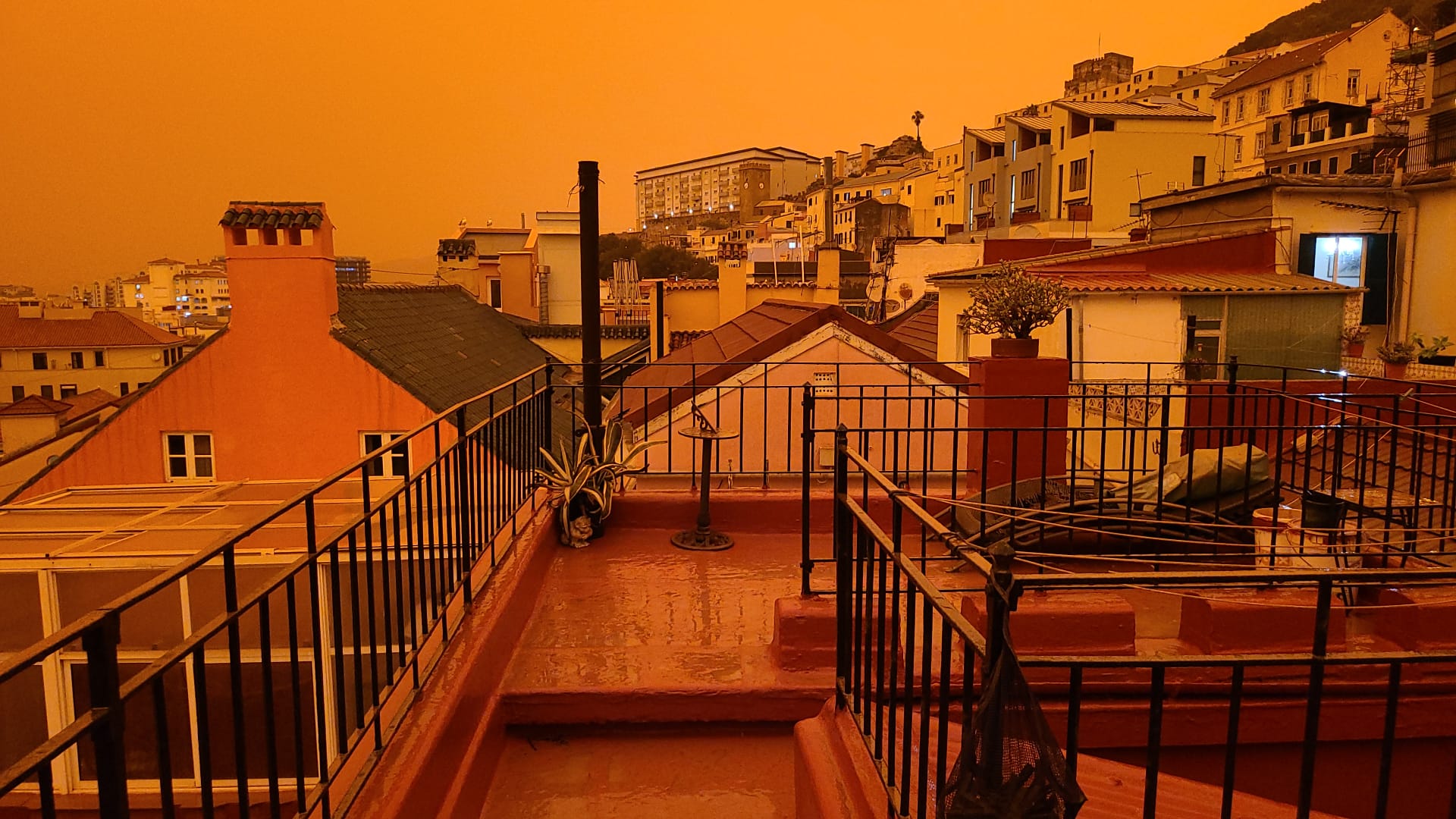 The phenomenon, known in the region as 'calima', turned the sky ochre and laden throughout the day, the colours deepening as sunset approached until by evening, the view across the bay looked like an image from Mars. 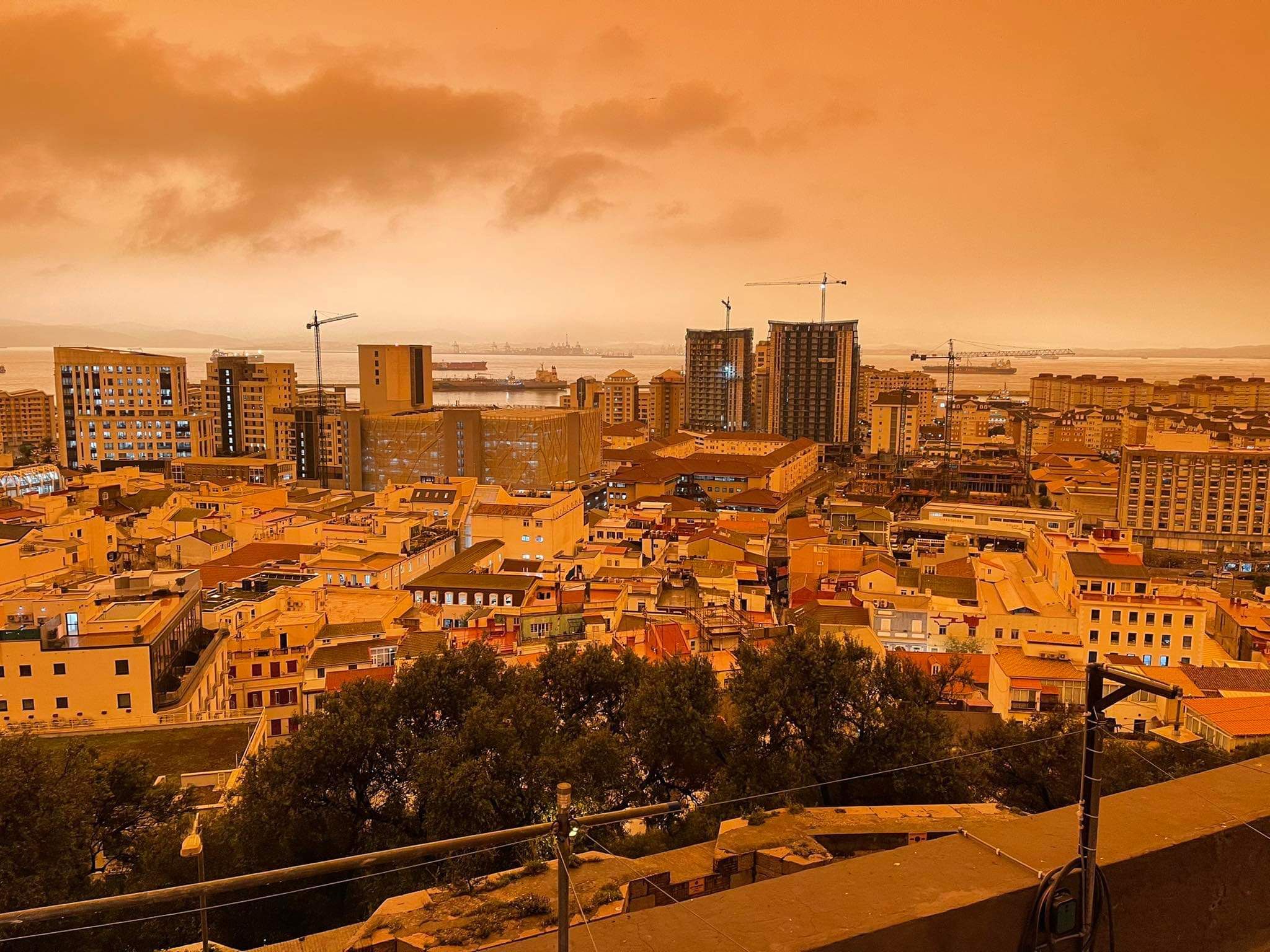 Calima is not uncommon but its intensity yesterday was unusual. 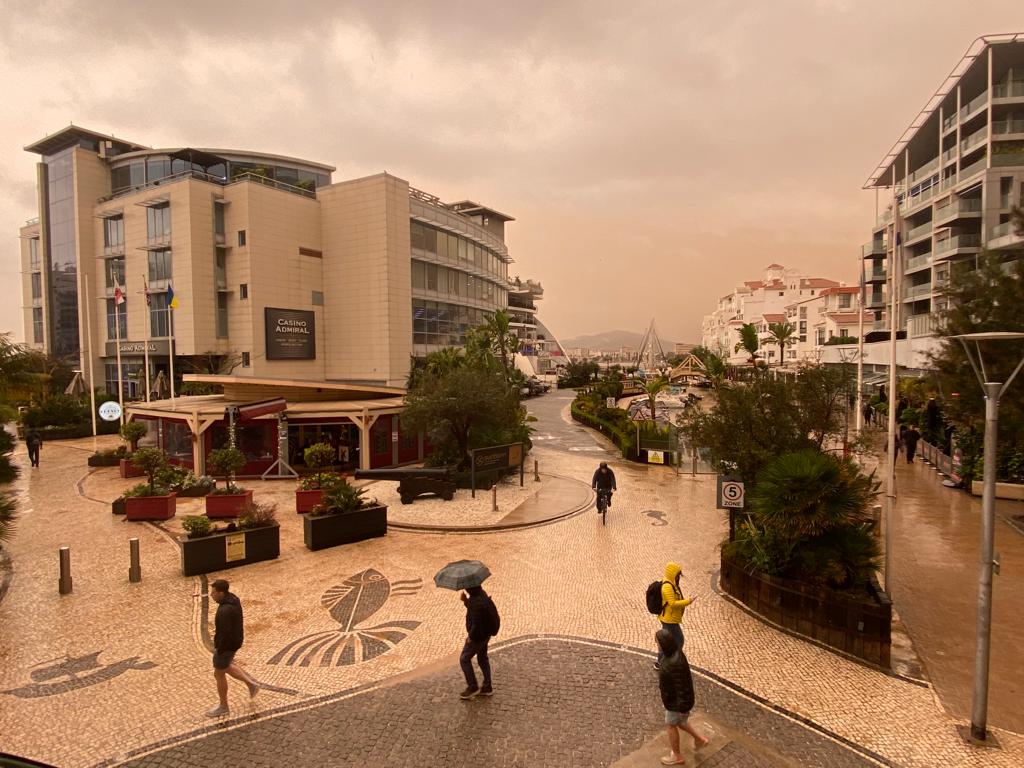 Meteo Gib’s meteorologist, Steph Ball, had forecast the phenomenon earlier in the week and also alerted her followers via Twitter to persistent showers throughout much of this week, including the possibility of potential flooding to roads and surface areas.