Salvors responding to pollution from the OS 35 tested a collagen-based material on Thursday to see if it would mop up floating oil seeping from the wreck.

The development came as divers sought to identify the source of the leak and clean-up operations continued at sea and the shoreline.

The new collection substance was trialled within the boom that surrounds the vessel and initial results were positive, the Gibraltar Government said. 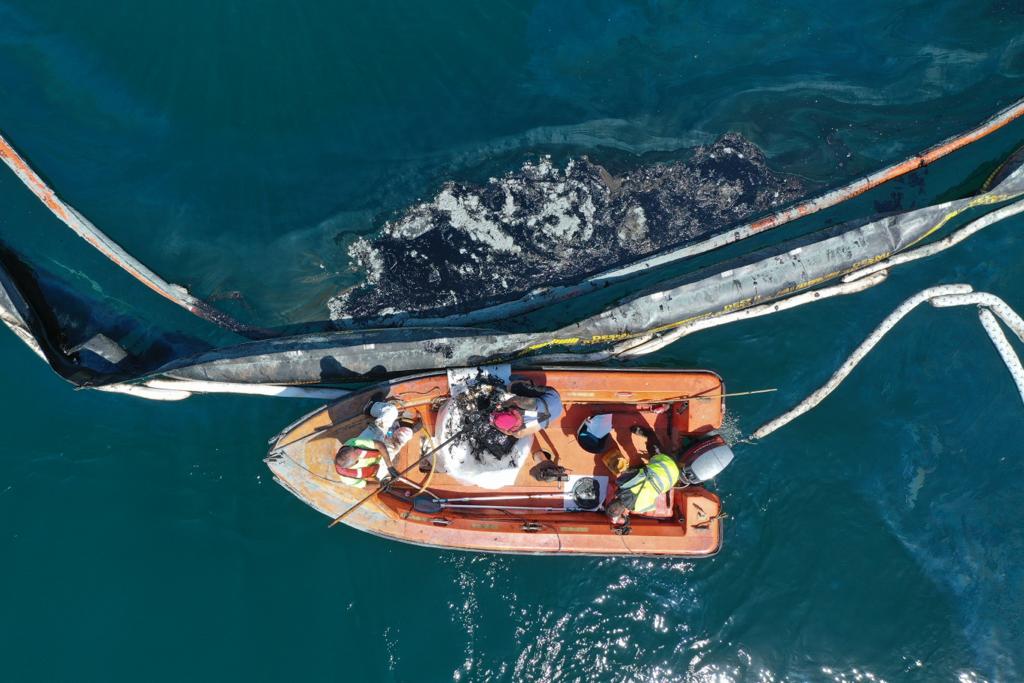 “A special collagen material with absorbent fibres has been deployed inside the boom that surrounds the vessel as a trial to determine how it helps to stem the flow of further escape of oil from the boom,” the government said.

On Thursday afternoon, it appeared the oil was escaping at a slower rate than on Wednesday.

Most of the fuel that the OS 35 was carrying for its own consumption was pumped off the vessel but rough weather at the weekend released some residual volumes that remained on board. 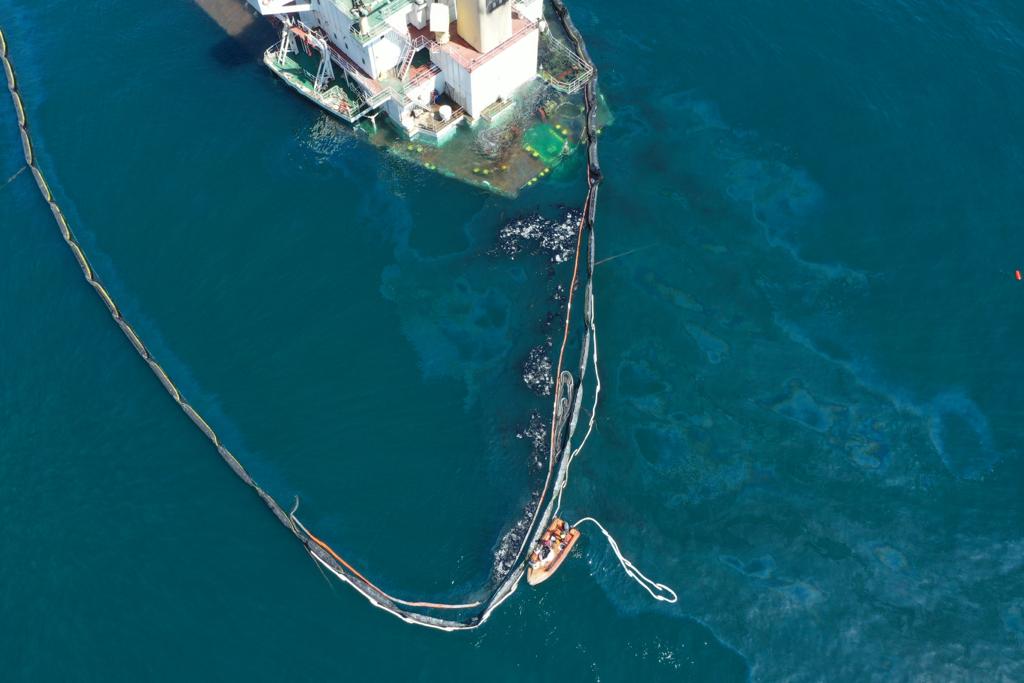 The Department of the Environment is in the process of constructing scaffolding for the safe access of workers and equipment to the beach at the Seven Sisters site, with a view to mobilising a full clean-up effort tomorrow in an area rich in marine life that was “heavily soiled” with oil.

The Department of Environment is in close contact with local NGOs in coordinating the response and is grateful for their support, the government said.

Separately, the government said it had received “strong advice” that all fishing activity should be suspended until further notice and that people should avoid eating locally-caught seafood.

The Department of Environment is collecting samples of fish and seawater for testing.

Bunkering operations also remain suspended while the port’s resources are concentrated on the response effort.