Santa cleared for arrival in Gibraltar this Christmas

The director of logistics and flight clearance at Santa’s Grotto in the North Pole has been contact with RAF Gibraltar and filed all the necessarily documents for Santa’s arrival on Christmas Eve. 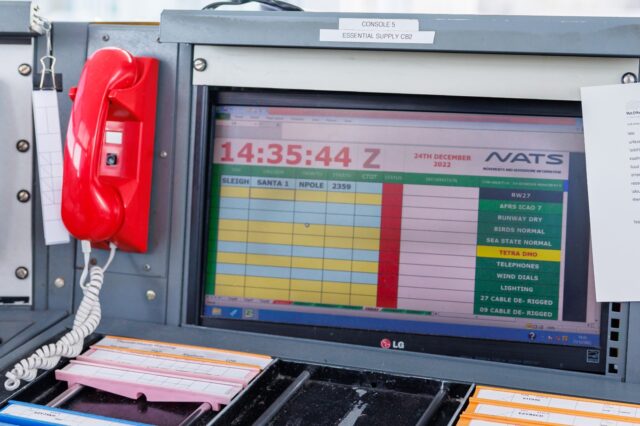 RAF Gibraltar’s Station Commander Annella Doherty filed these papers with staff at Air Traffic Control and clearance to land was immediately given.

“We are very much ready and prepared for the arrival of Santa. The weather map looks good. No Saharan dust storms or storm surges looking to damage the runway so we are happy and content that he'll be in on time Christmas Eve,” said the Station Commander.

If the weather does take a turn, it will not impede his ability to land, she confirmed.

“He's got a very very very short stopping distances not far off what we call ‘vtol’ which is vertical take-off and landing so he only needs a very, very small section of runway,” she said.

“Clearly if the weather is particularly poor and if we have got storm surges, etc. It takes an awful lot out of the reindeers for them to put in that that extra rear rear power to stop so quickly. So we might just have to fill them a little bit fuller on their refuelling stop with us than we would otherwise do.”

On this refuelling she mentioned a top secret feeding station for the reindeer on the airfield.

“A couple of years ago when we redid the North dispersal we had the foresighted enough to put in a reindeer refuelling station underneath,” she disclosed.

“It's all very under top of secret lock and key… you're not going to get in there to have a look around.”

Many planes landing in Gibraltar have to do what is known as a go around, when they can’t land so fly around the Rock and make a second attempt.

However, this is not an issue for Santa and his sleigh.

“He's got so many more navigation aids than modern aircraft do and like I said, he only needs such a very, very short strip of runway,” she said.

“To the best of my knowledge he's never done a go around,” she added before turning towards an air traffic controller Chris Norton for confirmation.

Mr Norton agreed and said that this was in part also down to Rudolph and his red nose guiding the sleigh and leading the way to landing. 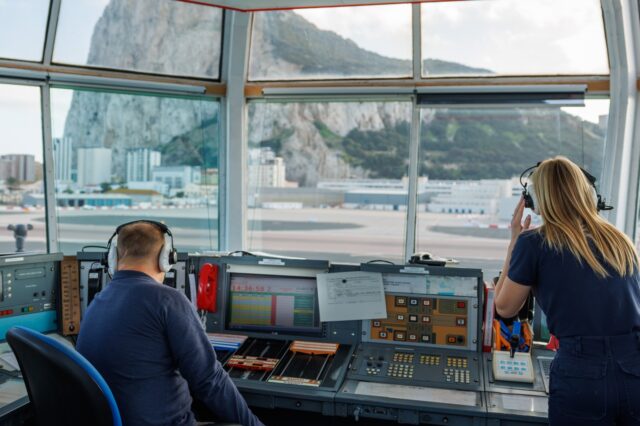 In addition to Rudolph, RAF Gibraltar installed reindeer lights some years ago.

These lights are on the runway and only visible to reindeer, the human eye cannot see them. A system of audible alerts is also used to guide the sleigh.

“I have to make my annual announcement that if you have got poodles and you lose them overnight, please do check the runway because they for some reason are just really attracted to the reindeer’s audible alert,” the Station Commander warned.

Ms Doherty thanked all those she has worked with over the past 12 months, and wished everyone in Gibraltar, family and friends a very safe and happy Christmas and a prosperous 2023.